The UK’s amnesty proposal is an act of ‘political vandalism’, US Congress hears - Canary 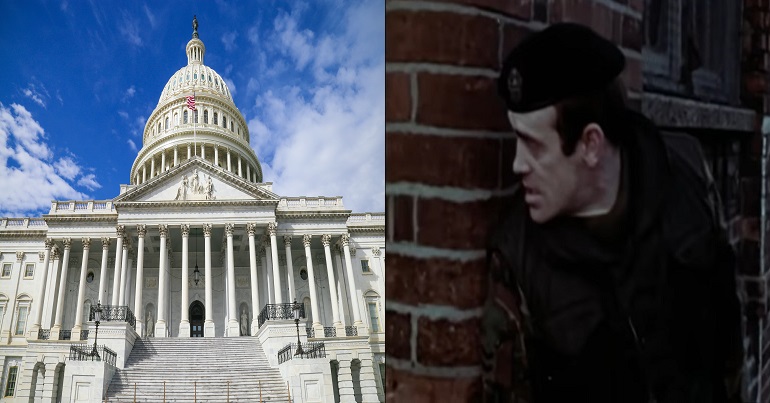 On 15 February, the Tom Lantos Human Rights Commission in the US Congress held a hearing on accountability for human rights abuses. It focused on the 30-year conflict in the north of Ireland. A panel of speakers discussed the UK’s plans for an amnesty from criminal prosecution for incidents that occurred during that conflict. That amnesty, if it becomes law, would apply to British military personnel as well as republican and loyalist paramilitaries.

is profoundly unjust and cavalier, taking the peace in Northern Ireland for granted

People with direct experience of the conflict and its impacts addressed this congressional hearing. And they were all united in their calls and resolve. They intend to stop the UK’s amnesty proposal from ever becoming law.

There was a mechanism already in place

any scrutiny of their actions, using sovereignty as a shield whilst deceitfully engaging in, what for them are, pretend talks on finding resolution as they run down the clock. Hiding behind the use, or rather misuse, of public interest immunity gagging orders, national security clauses, and closed material procedures, otherwise known as secret courts, the UK government has managed to prevaricate and delay investigations, inquests civil actions, and ultimately deny justice

Thompson believes the SHA, already in place to deal with the north’s past, “can deliver” and offers hope. But instead of using it, the UK government unilaterally “binned the Stormont House Agreement” in July 2021. This move, according to Thompson, was aimed at ending all forms of investigations and inquiries into the past. He described the UK’s action as “political vandalism” and “akin to that of a rogue state”.

Geraldine Finucane described the UK’s attempt to cover up the past as “arrogant”. But she also said, based on her late husband’s experience, it’s nothing new. She said in the past, whenever the British didn’t want to deal with what they’d been up to, they simply:

changed the law…so that they were acting within the law

She spoke about her husband’s work as a lawyer where he represented people who’d experienced:

atrocious violations of their rights at the hands of the British state…[were] falsely accused, unlawfully detained, threatened, beaten, and sometimes killed by state agents

As a result of his successful work, Finucane became a target of loyalist paramilitaries. They saw him “as partisan and thus as an enemy of the state”. There was also a false perception peddled about Finucane that he engaged in unlawful activity. This perception, according to Geraldine Finucane, was “fostered actively” by the British state forces such as MI5, the RUC Special Branch, and a covert British army unit.

The amnesty means “your loved one didn’t matter”

McBride’s wife died as a result of an IRA bombing on the Shankill Road in Belfast in 1993. He said the SHA had “widespread support” throughout the north. So this proposed amnesty, according to McBride, drives “a horse and cart through the Stormont House Agreement”. He says we need to get back to the SHA and “we need to oppose in whatever shape or form we can” these amnesty proposals.

an amnesty just sends out completely the wrong message to victims and survivors…that the death of your loved one didn’t matter. That those who murdered them – that they don’t matter either. And that needs to be absolutely opposed in all its various forms

the sweeping unconditional amnesty…proposed by the UK government in July would be, I think, illegal, illegitimate, and more expansive in its legal effects than any amnesty granted in a post-conflict society in recent decades.

the UK’s proposals deviate sharply from this international best practice in terms of their motivations, their scope, their legal effects, and the conditionality of them

Mallinder believes the “primary objective” of the amnesty seems to be about concealing:

the UK’s involvement in criminality and human rights violations

There’s widespread opposition to the UK’s amnesty proposal from political parties in the north as well as from victims support groups. Additionally, the Irish government made its opposition clear when it said the proposals could “re-traumatise” victims of the conflict. It’s essential we don’t allow that to happen.

The victims’ families who spoke at this hearing appealed to US Congress members to use their influence with the UK and Irish governments to make sure these proposals never become law. Because should that happen, it would allow the UK to formally deny responsibility for its war crimes in Ireland, thereby committing yet another crime. But these families are resolute and determined to face these proposal down.

Find out more about victims quest for justice at: