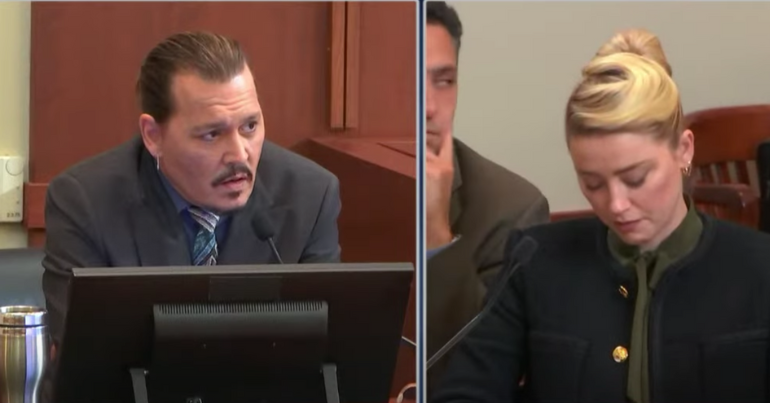 Watching the Depp vs. Heard trial play out was truly horrifying. Yes, we know misogyny is an issue in society and yes, we know that there are many misunderstandings about domestic abuse. But, no one could have guessed it would have gone so badly for Amber Heard. These are five things I wish people understood about domestic abuse before siding with Johnny Depp.

1. Perpetrators of domestic abuse are people we know and like

1 in 4 women are abused by a partner or family member, usually a man. Abusers are amongst us; they are people we know. They are not big, built, angry guys with shaved heads, scars, and tattoos: they’re just as likely to be good-looking, sweet-talking men in suits.

Most abusers are charmers – that’s how they get victims into a relationship with them in the first place. They use these very same manipulation tactics to fool everyone around them: friends, family, social workers, juries, and in the case of celebrities cases, apparently also millions of the public. Charm, good looks and a ‘nice guy’ persona are certainly advantages for an abuser – who would ever believe they are abusive behind closed doors?

2. Victims of domestic abuse fight back

Most victims of domestic abuse are not passive. Surviving in an abusive relationship takes strength and resilience; living in constant fear takes its toll. Victims often act out of fear or resentment; they may physically fight back, yell, or carry out small acts of revenge. This is known as resistive violence.

We would applaud a woman who hit an unknown man who attempted to rape her, but when it’s her partner, apparently fighting back makes you ‘just as bad’ as the abuser.

Abusers often use the courts to continue their power and control after separation. This is often when we see the abuser claiming to be the victim – the very common DARVO tactic. They Deny the abuse, Attack the person accusing them (often discrediting them by talking about their mental health), and then Reverse Victim and Offender, making themselves the victim.

Often, abusers will wind up their partner, pushing all the right buttons, to provoke them to react so that they can then use this as evidence to claim the victim is the abuser.

4. Domestic abuse is about power and control

In domestic abuse, one person has power and control over the other. Often, the abuser has societal advantages over the other partner. This typically takes the form of a male partner having male privilege over a woman, but factors such as age and wealth can also be important, as with Johnny and Amber.

The domestic abuse perpetrator controls every part of a victim’s life using fear and intimidation. They will isolate their victim as much as possible, by cutting them off from friends and family, for example. They will also use emotional abuse and gaslighting to destroy their self-esteem and ability to see things clearly. Abusers are full of entitlement, and expect their partner to prioritise them and their needs over the victim’s own or anyone else’s. When we understand this, we can more easily see when someone’s actions are intended to control, or if they are just reactions to being abused.

Research into the beliefs and behaviours of male abusers has shown that more often than not, they have a strong belief in traditional gender norms. They believe that women should cook, clean, look after kids, be caring, and look after their man. They believe that men should be strong and in control, and that they should be providers. Often, it is when this expectation is challenged or goes unmet that they use abuse to get things back to how they want them.

The impact on survivors

It may seem that the Depp vs. Heard case is not worth worrying about; after all, they are high-profile celebrities many miles away. However, the level of attention the case has received, with social media rife with the bashing and ridiculing of Amber, there is no question that it will impact survivors here who have seen friends, family and colleagues back Johnny and claim that Amber is a liar.

Women have already been pulling out of cases due to the fear of going through what Amber did. Not only that, this case has also emboldened abusive men. We have already seen that alleged abuser Marilyn Manson has started his own defamation case against Evan Rachel Wood (Manson is also the godfather of Depp’s daughter, funnily enough).

It won’t just be famous men who have a renewed confidence in the fact that the system always sides with men, we’ll see this play out in courts across the country.