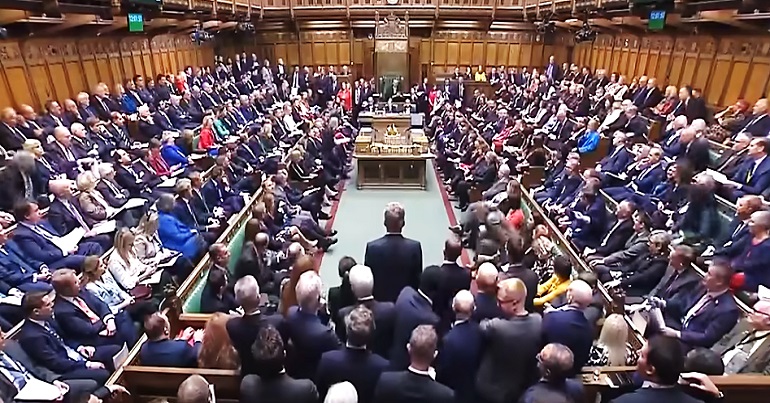 What a time to be alive. The UK will soon be on its second prime minister elected by around 140,000 Tories. Voters chose to elect the one before that, sadly. Jam-making and girthy marrows don’t look quite so unattractive now, do they? 2022 has been quite the hellscape – even by the UK’s standards. Underpinning the swirling greed is the ultimate driver for these cretins: colonial power. Both the country’s politicians and people have never moved on from the idea of Britain as a colonial, world-conquering state.

Boris Johnson was central to 2022’s carnage, causing untold damage to the rest of us in pursuit of his own narcissistic agenda. Enter Truss to continue this theme of elitist, well-off white people trashing the country for their own benefit. As the Canary‘s Maryam Jameela recently wrote, however, even with Black and brown people in top government jobs this toxic mindset still dominates. She noted that:

What’s the point in trumpeting diversity when all of these people are rich and/or privately educated? They have the kind of opportunities that most poor Black and brown people couldn’t even dream of. They’re in these positions of power because they’ve chosen to act in the interests of power. This is all the more grating given that the praise heaped on this ‘diverse’ cabinet is based on fucked-up understandings of what representation and diversity are.

Evidently, you don’t need to be white to wield colonial power. The political horror witnessed in recent years is a perfect example of this. For example, Priti Patel had “undisclosed meetings” with the Israeli state. Suella Braverman made comments around it being her “dream” to deport refugees to Rwanda. These miscreants literally seep colonialist attitudes from their very pores. British politics craves the fantasy of Britain as central to global politics, and these examples are the thin end of the wedge. Ultimately, we have an alleged democracy in the UK which is wholly based on these attitudes.

19 October’s parliamentary chaos was the epitome of centuries of repressive, authoritarian governance masquerading as democratic politics. State actors, both men and women, were bullying, coercing, and physically manhandling other MPs. They asserted their authority over those they believe to be lesser, more incompetent or weaker than them. And it was all for their own greed and lust for power. This all sounds very familiar. This colonial mindset has been perpetually rampant. The empire-riddled Brexit, with its talk of “global Britain” – a thinly-veiled hard-on for a return to a colonial, protectionist past – is a pertinent example.

Truss and Kwasi Kwarteng’s mini-budget was colonial to the core. They literally believed that Great Britain could thrust hyper-neoliberalism upon the almost-equally toxic corporate capitalist world order. Truss and Kwarteng believed that those in society below them should just suck up the pain and suffering it would cause. And ultimately, they thought that everyone would bow-down in God-like awe of them. But as the fallout showed, ending in Truss’s departure, this longing for empire is little more than a wet dream.

We are governed by colonialists who think lesser mortals are expendable if they’re no use to the empire’s project. The colonialism-addled corporate media dutifully act as their wingmen. But why do we, the public, keep letting this happen? Because many of us, knowingly and unknowingly, instinctively uphold the colonial route.

Yes, I said it. We’re nearly all tainted by empire’s original sin, whether we like it or not. As Dr Robert Saunders surmised:

postcolonialism cannot be something that happens only to other people. One of the great insights of postcolonial scholarship has been its insistence on the ubiquity of post-imperial ‘habits of thought’ and its sensitivity to their manifold forms of expression; a recognition that, as the cultural theorist Stuart Hall argued, ‘We – all of us – are still [empire’s] inheritors’. Applying that insight to the Brexit debate requires us to recognise post-imperial patterns of thought, not as a psychological affliction to which only half the population is subject, but as a common cultural inheritance through which all sides think and argue.

The point being that Remain argued Britain could lead the EU, while Leave argued Britain could lead the world. Both arguments are steeped in the idea of British exceptionalism and superiority over other nations and peoples. This mindset pre-dated Brexit. Tony Blair famously said in the 1997 Labour manifesto, as Saunders wrote, that his party would:

provide ‘the leadership in Europe which Britain and Europe need’, putting Britain ‘once again … at the centre of international decision-making’. Britain, he told Commonwealth Heads of Government, had resumed its ‘true role’ as a ‘pivotal’ power.

Of course, these colonialists will all deny and attempt to whitewash the colonialism of the past and present. And many of us will buy it. During a general election, a majority of us will vote for one of them – or maybe their counterparts in a smaller party. After this, we’ll move on (probably moaning along the way in a very British queue somewhere). And this will continue ad infinitum, until the planet has had enough and drowns/crisp-fries/freezes/oxygen-starves us all.

Our colonial past and present has left most of us, at best, only capable of seeing UK politics through the prism of hierarchy. We’re all participants in this racist, classist sham we call the United Kingdom. Our leaders believe they have the God-given right to lead. Truss’s catastrophic tenure summed this up. Colonialism lives on in modern corporate capitalist and neoliberal forms. It shapes a corrupt, deluded, servile nation obsessed with its own fantasy of global power – and that’s not going to change any time soon.