Politicians may blub at ex-military pilots training the Chinese, but it's a free market - Canary 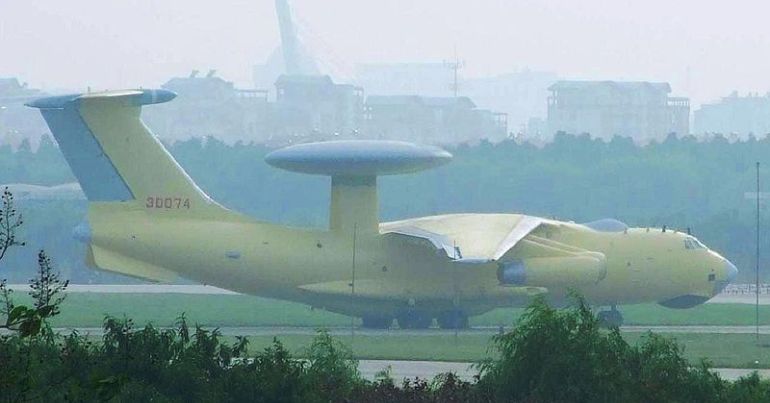 Former UK military pilots training the Chinese military should be stripped of their citizenship, according to one Tory MP. Some people have cited the Official Secrets Act (OSA) as reason for their disgruntlement, and some have even called for those involved to be tried for treason.

But we’ve got news for you, Tories – this is the free market!

The pearl-clutching outpourings following a report on 18 October that ex-military pilots were training the Chinese for lucrative pay packages. However, there’s a few things we need to understand before we start sending retired RAF personnel to the Tower of London.

The UK government has now issued an alert to former pilots who may be tempted by pay packets in excess of £200,000 pounds a year.

However, the MOD conceded to the BBC that:

the training ​and the recruiting of pilots does not breach any current UK law but officials in the UK and other countries are trying to deter the activity.

It certainly doesn’t match my understanding of service of our nation – even in retirement – to then go and work with a foreign power, especially one that challenges the UK interest so keenly.

MP Tobias Ellwood brought up the “patriotism” of those involved:

Serious questions for the RAF👇

We should not be surprised by China’s audacity in luring UK pilots to learn about our tactics.

But we should be surprised there’s nothing akin to the ‘Official Secrets Act’ preventing this – And the absence of patriotism of those involved. pic.twitter.com/uyGKlRv8jC

Despite their concerns about British military experts helping authoritarian states, neither Heappey nor Ellwood mentioned the ongoing presence of serving UK military personnel in Saudi Arabia, or the British mercenaries fighting in African resource wars. Nor, for that matter, has much been made of the UK Foreign Office’s own use of mercenaries around the world, or the accompanying £150mn hit on the public purse.

Tories like Ellwood, widely recognised as an outspoken hawk in China and Russia, are – by their very nature – fans of the free market. War is the greatest free-market enterprise of all. For this reason, the UK has been described as a key global centre of the highly unregulated mercenary trade.

Britain is the “mercenary kingpin” of global private military industry, which has been booming ever since the “war on terror” began 15 years ago…

Norton-Taylor was referring to a 2016 report by the charity War on Want which examined British private military interests. War on Want tell us:

This vast private industry, now worth hundreds of billions of dollars, is dominated by UK companies reaping enormous profits from exploiting war, instability and conflict around the world.

You can either laud the free market or be in favour of regulation – you can’t have it both ways, Tories.

And that’s before we get into the global arms trade, in which the UK is also a major player. Not least when it comes to extremely violent regimes.

In fact, the UK sells weapons to some of the most authoritarian regimes on earth. UK weapons are, for example, central to the Saudi war in Yemen, as well as to the boom industry of militarised border security.

It is less well reported that millions of pounds worth of British arms have been sold to China. As the NGO Action on Armed Violence (AOAV) reported in 2018:

In total, the UK approved £202m worth of military arms exports to China.

As a point of interest, and despite considerable criticism of the Russian regime more recently, there has been a similar arrangement with the Putin regime.

Amid the calls for stripping citizenship, trials for treason, and for the Official Secrets Act to be honoured, it is worth taking a look at what these provisions actually mean.

The MOD has already stated that no laws are being broken, so treason seems out of the question. However, the OSA is often used as a political weapon than for cases like this. Former Guardian reporter Richard Norton-Taylor wrote about secrecy rules in the context of Wikileaks that:

The OSA has been used for much less than any alleged breach of Britain’s national security. Governments have reached for it to prosecute people whose disclosure of information has simply caused them embarrassment…

As for stripping citizenship, this is an extremely dangerous notion which has re-emerged under Tory rule, under the banner of national security. The most high-profile case was that of Shamima Begum, which a court was later told was unlawful.

As the charity Reprieve argued in 2021, such a process places far too much power over individual citizens into the hands of the state. It also amounts to the ancient practice of banishment, which fell into disuse after WW2 – and for very good reason:

states recoiled from the wholesale citizenship-stripping of German Jews by the Nazis, under the Nuremburg Laws of the 1930s.

Some of the response to the mercenary pilots is just classic Tory bluster. The fact that the Tories are big fans of the free market should be enough to shut them up, or even generate a moment of self-reflection. Calls to strip people of citizenship are either poorly thought out or just plain sinister – only those making them can tell us which.

However, there’s something deeper here about our relationships to violent regimes. We’ve happily packed off mercenaries, serving personnel, and arms shipments to benefit human-rights-abusing states. But once again we’re being told that some ‘bad’ states are beyond the pale and other ‘bad’ states are tolerable. If we must pick and choose, we should choose to equip none of them.

What we need is the regulation of our for-profit military industries, with a view to closing them down fully and repurposing them where we can. Alongside that, we need a blanket commitment not to arm and train the military of any country – whether they are useful and profitable to shareholders or not.

Anything short of this is liable to leave British governments looking, as they do now, like a collection of hypocritical buffoons.