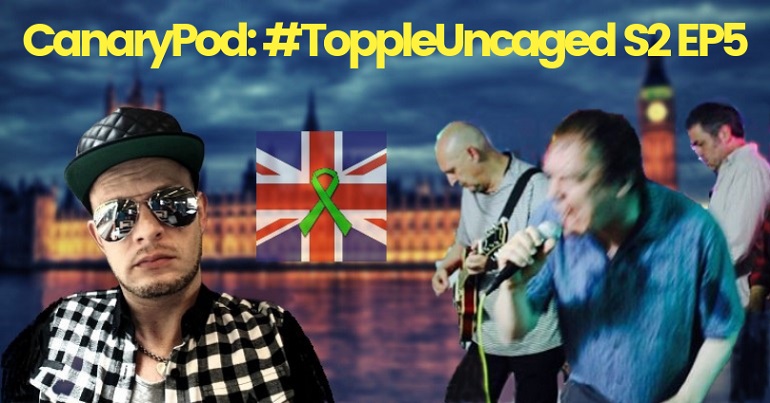 THIS PODCAST CONTAINS LANGUAGE AND CONTENT SOME PEOPLE MAY FIND OFFENSIVE AND UPSETTING. THE VIEWS EXPRESSED IN THIS EPISODE ARE THE OPINIONS OF THE HOST AND GUESTS.

Every week, The Canary will be bringing you an innovative podcast for the media landscape, hosted by me, Steve Topple.

Theresa May news from The Canary

The DWP’s Universal Credit was just saved by Philip Alston

The UK has appointed its first ever international human rights ambassador pic.twitter.com/mFV4bCkQm7

Find out more about Armin Labs in Germany.

YOU tell ME YOUR views on the biggest stories 😤#BigBangTheoryFinale? #EUelections2019?

REPLY TO THIS TWEET & I'LL READ THE BEST OUT ON SUNDAY ⬇️ RT PLS! pic.twitter.com/d6wwrIABXB

Download Pauper’s Funeral by Your Heterosexual Violence and pay what you can which will be donated to disability rights campaign group Black Triangle.

Find out more about Your Heterosexual Violence and Black Triangle.

All Falls Down – Kanye West featuring Syleena Johnson via Marlow