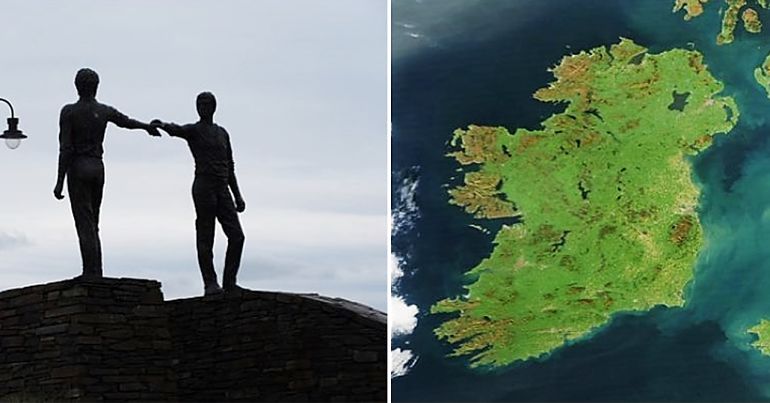 Retired DUP baroness Eileen Paisley believes she could live in a united Ireland “if we have freedom of worship”. This is a groundbreaking statement from a staunch British unionist. And it’s a welcome softening of a hardline attitude towards a united Ireland.

She didn’t stop there

Eileen Paisley made her comments in an interview at an exhibition in Belfast dedicated to her late husband, Rev Dr Ian Paisley. She admitted that both of them had a “unique friendship” with the late Martin McGuinness of Sinn Féin. And she described people from all parts of Ireland as ‘fellow countrymen’.

But most startling of all was when Eileen Paisley questioned the creation of the border in Ireland in 1922. This border continues to separate the north from the south of Ireland. She said:

I just wonder why it had to be divided at that time, and I think perhaps that was a wrong division.

The interviewer asked Eileen Paisley if she could live in a united Ireland. She replied:

Well it would depend, I suppose…how it was being ruled

This is in stark contrast to her husband’s past position. In response to Taoiseach (Irish prime minister) Charles Haughey’s invitation to unionists to join a united Ireland, Ian Paisley quipped:

Come into my parlour, said the spider to the fly, it’s the nicest wee parlour you ever did spy … well, let me tell you Charles J Haughey, the Ulster people are too fly to come into your parlour

In December 1973, politicians in Ireland and Britain signed the Sunningdale Agreement. This agreement established a cross border council that would give the south of Ireland some jurisdiction in the north. While unionist prime minister of the north Brian Faulkner supported it, other unionists, including Ian Paisley, rejected it. Paisley said at the time:

The Sunningdale Agreement collapsed in May 1974.

Eleven years later, a new Anglo-Irish treaty gave the south of Ireland an “advisory role” in the north. Ian Paisley again strongly rejected southern involvement. And in opposition to the south’s new role, Paisley roared at a rally in Belfast:

Paisley continued his opposition to southern involvement in the north when the 1998 Good Friday Agreement was signed. He didn’t agree to it until March 2007. So, in light of that past record, Eileen Paisley’s comment isn’t just groundbreaking, it’s a breath of fresh air.

But Eileen Paisley isn’t the first from a unionist background to show a softening in attitude. In July 2018, former leader of the DUP Peter Robinson said the north should prepare for a united Ireland. He said so in the context of a border poll voting in favour of Irish unity.

While Eileen Paisley and Robinson are no longer active in politics, their comments show movement away from hardline unionism.

Some have moved on

It’s unlikely that Eileen Paisley’s comments represent a majority unionist position at this time. But they demonstrate a welcome softening of a once hardened attitude.