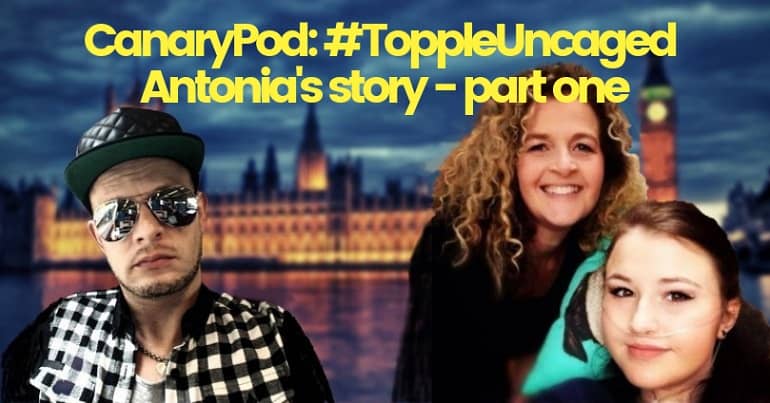 THIS PODCAST CONTAINS LANGUAGE AND CONTENT SOME PEOPLE MAY FIND OFFENSIVE AND UPSETTING. THE VIEWS EXPRESSED IN THIS EPISODE ARE THE OPINIONS OF THE HOST AND GUESTS. THE GUESTS GAVE THEIR FULL PERMISSION FOR SHARING THIS INTERVIEW.

In the first of two special episodes, I meet Victoria Cheney, mother of Antonia Payne-Cheney.

Her daughter’s story about battling chronic life-threatening illness, the NHS and the state is remarkable. It is one of hope, trauma, resilience and a family’s love.

I spoke to Victoria at length about Antonia’s journey and her current situation. She went from being an outgoing, active teenager to almost dying several times. Along the way were countless diagnoses and, what they both feel is clear medical neglect. You can listen to the first part of my exclusive interview below.

Continue reading to find out more about Antonia’s illnesses and her situation.

Antonia lives with hypermobile Ehlers-Danlos syndrome (EDS). The syndromes are a group of connective tissue disorders. This means that a person’s collagen is defective. Collagen supports nearly everything in the body to keep it in place: eyes, bones, muscles, organs and so on. But in a person living with EDS, the collagen doesn’t work properly.

Imagine a bungee rope that doesn’t spring back up. Or a hairband that isn’t taut. Maybe think of wallpaper peeling off the wall; the paste stretching out as it collapses. That’s what EDS is like. Most parts of a person’s body are not held in place correctly – so none of them works the way they’re meant to:

Many people living with any subtype of EDS are hypermobile. But hypermobile EDS is also one of these subtypes. This in itself presents numerous problems; not least chronic fatigue. I’m not talking about the ‘fatigue’ that energy drinks manufacturers bandy around to sell their products. That’s not fatigue; that’s too many late nights. Fatigue for many people living with EDS feels like the worst bout of the flu. You literally can’t move your body for the pain, and your brain can’t think for the fogginess.

Other common symptoms include (but aren’t limited to):

There’s a notion that somehow EDS is rare. But as nutritionist Lisa Jamieson points out, that’s not really the case:

This is exactly why we need to stop calling it 'rare' – it's not rare, just rarely recognised and rarely diagnosed. #EDS #EhlersDanlos #HSD #NotRare https://t.co/JfWY7WlrHx

But as Antonia’s medical history shows, hypermobile EDS is not all she’s living with: 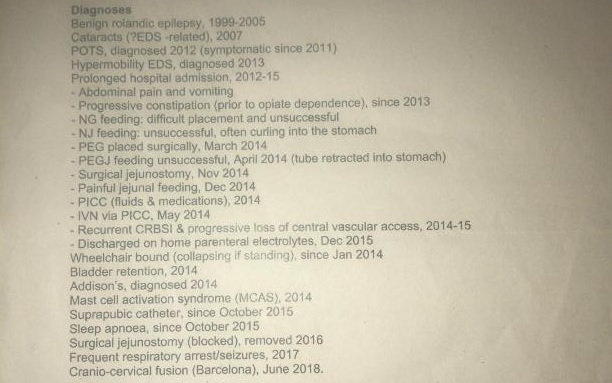 Most people who live with EDS also live with postural orthostatic tachycardia syndrome (POTS), a fault with the body’s autonomic (unconscious functions) system. When a person with POTS stands up, the volume of blood going to the heart falls. This causes a person’s heart rate to leap, and stay that way for a period of time. Symptoms include lightheadedness, fainting, flushing and anxiety.

People living with EDS often also live with mast cell activation syndrome (MCAS). This is where your body involuntarily thinks it’s under attack from a foreign body or injury and reacts accordingly. People experience shortness of breath, chest pains, allergy-type reactions, vomiting and fatigue. MCAS is triggered by anything from exercise, temperature and stress to certain foods.

Gastroparesis, where your stomach fails to empty properly, or doesn’t empty at all, is another common disease in EDS. It can be very, very serious – and sometimes life-threatening. Antonia’s gastrological issues on top of this were so severe she had a seizure when any amount of food entered her stomach.

All these are just mainstream symptoms and cluster syndromes. There are numerous other impairments, illnesses and symptoms potentially related to EDS.

Malformation and misalignment of the craniocervical junction [CCJ] can cause a constellation of cerebral and other neurological signs and symptoms collectively called craniocervical syndrome (CCS). The signs and symptoms of craniocervical junction syndrome may be due to mechanical strain causing deformation of dura mater, vasculature and other structures of the cranial vault resulting in irritation of and dysfunction of affected tissues. Deformation of the CCJ may also obstruct blood and CSF [cerebrospinal fluid] flow. Chronic ischemia, edema and hydrocephalus can cause degenerative cascades that can in turn lead to neurodegenerative diseases.

Effectively, the ligaments in Antonia’s neck are so lax that her spine is completely unstable. The syndrome has debilitated her, to the point where she has repeatedly been in intensive care for years. She was often unable to speak, move or breathe and at points had to be fed through her heart. Her life literally hung in the balance:

Having direct knowledge of EDS and its cluster syndromes, I can tell you that Antonia’s situation at times was one of the worst I’ve heard of. She was catastrophically ill, to an extent many people never experience. Then hope came in the form of a Spanish surgeon who corrected her CCJ, which gave some of her life back to her:

But the path to this point for Antonia had been repeatedly blocked.

Fighting for a diagnosis

No other disease in the history of modern medicine, has been neglected in such a way as Ehlers-Danlos syndrome(s).

And neglected Antonia has been. As me and Victoria discuss in the podcast, her treatment at the hands of medical professionals and government agencies in the UK has been nothing short of negligent, and at points abusive.

In part two, I’ll look more at Antonia’s case, how the medical profession in the UK has treated her and what needs to be done to change things. I’ll also hear from some of the organisations involved in Antonia’s care, giving their side of the story.

Read more about EDS from Ehlers-Danlos Support UK and support the organisation.

A song for ME: Blowin’ in the Wind via Robert Saunders: 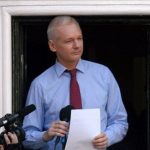