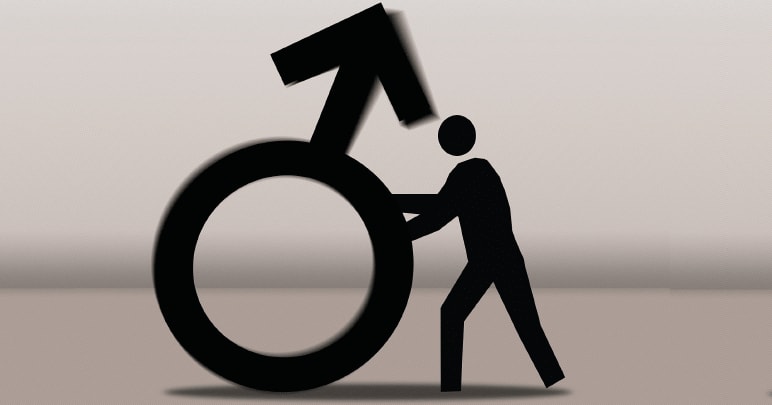 The past year has seen many revelations about the unfair treatment of women. They range from sexual abuse detailed by the #MeToo movement to the exposure of pay inequality at establishments like the BBC.

A system which benefits men while holding back women is often referred to as a patriarchy. Although the Western world today is vastly more progressive than before women’s suffrage and liberation, it’s clear that things are still tougher for women than men in many areas.

Obviously the oppression of women has benefitted men. But a new book by Dave Pickering examines whether those material gains have been outweighed by a toxic system that leads to unhappiness for all genders. It’s not to diminish women’s experiences or suggest that the suffering is in any way equal, but as a motivation to improve things for everyone.

Pickering has been performing a show since 2015 called What About the Men? Mansplaining Masculinity. Research for it involved a survey that asked 1,000 men questions like “does patriarchy exist?” and “how have you hurt people in a way influenced by patriachy?”. The results were combined with Pickering’s own experience to create a show that was:

The show can be listened to here. And it’s this that Pickering is trying to turn into a book via Unbound – a platform that’s part-publisher and part-crowdfunder. Pickering hopes the book:

Thousands of years of social conditioning is a thing we all share. We’ve all been lied to and manipulated; this manipulation hurts some of us more than others. It’s built on lies, and it hurts everyone.

The Canary spoke to Pickering about his show in 2017. Talking about men’s rights activists (MRAs), he said they’re:

not addressing men’s issues; they are themselves an issue that damages men. The radicalisation of cis white straight men is damaging to society; men being recruited to ideologies of hate is a men’s issue.

There are lots of movements that seek to capitalise on the anger of disenfranchised men. To counter that we need ways of empowering men to be better – for their sake and everyone else’s.

– You can support the book here.

– You can also listen to the show here.