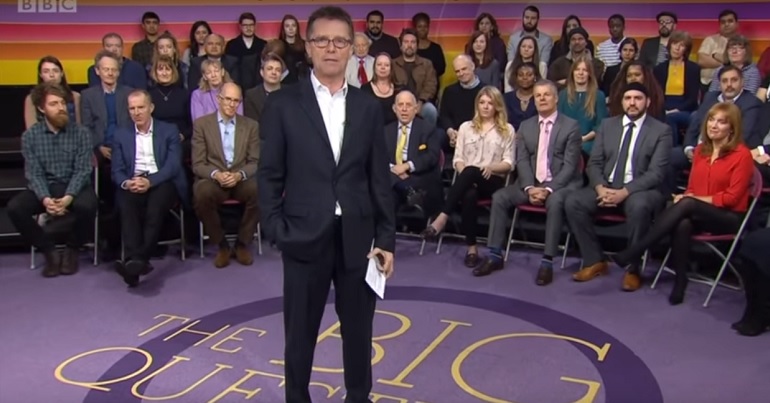 Hot on the heels of the UK and Saudi Arabia agreeing a preliminary arms deal, Conservatives have been championing the Saudi regime. The latest is Conservative MP Philip Dunne, who appeared on the BBC‘s The Big Questions to debate the UK’s arms trade.

He didn’t spend much time discussing the morality of selling weapons to governments accused of war crimes and human rights abuses though. Instead, he focused his energy on defending Saudi Arabia.

Saudi crown prince should be ‘encouraged’

Dunne was defence procurement minister from 2015 to 2016. He was also the parliamentary under-secretary for the Ministry of Defence between 2012 and 2015. During that time, the Government was heavily criticised because of allegations that UK cluster munitions were used by Saudi Arabia in Yemen.

On the BBC, Dunne continued his long-running defence of the UK’s relationship with Saudi Arabia. He also downplayed the UK’s arms sales to the country. He claimed the purpose of Saudi crown prince Mohammed bin Salman’s visit to the UK was to:

encourage him in the work that he’s doing in modernising his nation.

He went on to state that bin Salman was trying to do “a lot of good stuff, very quickly”. He then argued that the UK-Saudi arms deal was:

a small element of a much bigger programme of economic cooperation.

Dunne was quickly shot down by Ryvka Barnard from campaign group War on Want. In a cutting reply, she responded that the arms deal was:

Not a small element for the people in Yemen who are suffering, who are being killed by the Saudi bombing.

She continued to lay into his argument, stating:

Saudi Arabia has faced many allegations of war crimes in its involvement in the war in Yemen. Human Rights Watch alleged the coalition, led by Saudi Arabia, had conducted more than 50 unlawful air strikes in the conflict in 2016.

The UK -Saudi relationship is under scrutiny. There could well be a few more embarrassing media outings to come.

– Support the Stop the War coalition, CAAT, PPU, the Arab Organisation of Human Rights, Global Justice Now, and all the groups that opposed Saudi Arabia’s state visit to the UK.

– Read more articles on Saudi Arabia and the arms trade.