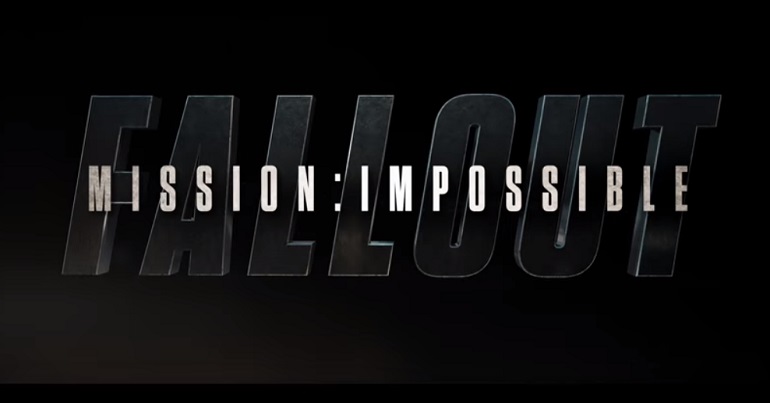 Mission: Impossible – Fallout is the latest in the Tom Cruise mega-franchise. But while the film delivers a Hadron Collider-esque barrage of explosive action, there is also a subtle message: that Hollywood has a new breed of baddie in its sights – ‘anarchists’.

The sixth film in the franchise, Mission: Impossible – Fallout is far better than its predecessor, Rogue Nation. While this sequel still basks in preposterousness of the highest order (a helicopter chase in Kashmir being the crowning glory in the silliness stakes), it’s comforting ridiculousness. The set pieces in Paris, London and Kashmir are gloriously expansive; the cinematography stunningly executed for the IMAX experience, and Cruise and the stellar cast bounce along for the ride with all the exuberance of a group of primary school children visiting Legoland for the first time.

Christopher McQuarrie returns as director, and delivers a textbook action blockbuster. With twist after turn after twist, the plot and action juggernaut along at breakneck speed. This is, unfortunately, at the expense of the humour that the franchise is known for. And you also leave with the feeling that the characters were not quite as developed as they could have been; Vanessa Kirby’s ‘White Widow’ being one of them.

But all things considered, Mission: Impossible – Fallout is rip-roaringly good fun, leaving you (like Cruise in the finale) hanging on by your fingernails throughout.

However, when you cut through the gloss, the multi-billion-dollar budget, and the brain-bleaching high jinks, the film has a subtle, but telling, narrative.

Solomon Lane, the main bad guy from Rogue Nation played by Sean Harris, reprises his role in Fallout. While previous villains in the franchise have generally been money/power-hungry (Sean Ambrose) or just plain evil (Owen Davian), Lane is different. A former Impossible Missions Force (IMF) agent, he went rogue in the aptly titled Rogue Nation; creating a “terrorist” organisation called ‘the Syndicate’. And he returns in Fallout – this time as a member of another outfit, ‘the Apostles’.

His character and the Apostles are specifically referred to as “anarchists”, wanting to smash the current “world order”, along with organised religion. Lane’s catchphrase is:

The portrayal of the villain as an anarchist, with the heroes being the US deep state, is a noticeable shift from the post-9/11 Hollywood obsession with Muslim terrorists and the usual wrong-uns, those pesky Russians.

It is perhaps telling of the age we live in that one of Hollywood’s biggest franchises has gone from having just plain evil baddies to having plain evil anarchist, anti-establishment baddies. Not that it’s a first, of course; the late Heath Ledger’s ‘Joker’ was positively anarchist in The Dark Knight. But the message is fairly clear: we shouldn’t be fearing the Muslamists or the Commies now. The enemy is the anti-establishment movement, with its ‘fake news’, protests, dislike of capitalism, and whacky ‘eat the rich’ ideas – even if this is all as far-removed from the truth about anarchism as you get.

Mission: Impossible – Fallout is perfectly enjoyable, dumbed-down viewing. So disengage your brain and enjoy the ride. Unless, of course, you’re an anarchist – or anyone outside the political mainstream, for that matter. Because in this case, you may get a taste of what Hollywood has in store for you: a new narrative of lazy stereotypes and the ramping up of propaganda. At least Muslims everywhere will be breathing a sigh of relief.