It's Bristol Pride today. But there’s a big problem with one of its sponsors. - Canary 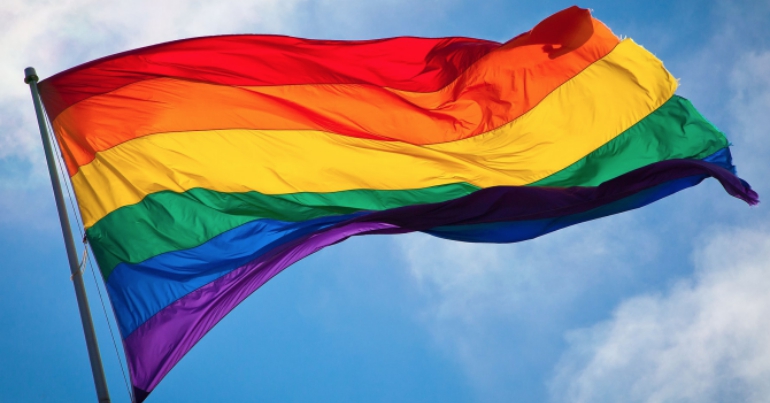 Bristol Pride is taking place on 14 July. The event has come under fire after people noticed a big problem with one of its sponsors. Campaigners and individuals from a variety of organisations signed an open letter to the organisers against its sponsorship from Airbus. The signatories included Bristol Kurdish Solidarity Network, Lesbians and Gays Support the Migrants, and the University of Bristol Trans Students’ Network

Airbus is an arms company that supplies parts to military aircraft in Turkey and has a factory in Bristol. Campaigners argue that given the Turkish government has invaded Afrin and also banned and attacked Pride in Istanbul, it is not a suitable partner for Bristol Pride.

But hope may be on the horizon for future events. Following a meeting with organisers, future sponsorship deals should be subject to more scrutiny.

No pride in the arms trade

The open letter calls for Bristol Pride to issue an apology and calls “for them to understand that our community does not exist to be used to pink-wash the arming of oppressive regimes”. It continues:

Solidarity is an action not empty words. For Bristol Pride to claim ‘we are with’ LGBTQ+ activists in Istanbul, who bravely marched despite the ban on Pride, while accepting blood money from a company who supply Turkey’s military is gross hypocrisy. Last week LGBTQ+ activists marching at the banned Istanbul Pride were met with tear gas, rubber bullets, arrests and brutalisation; and the AKP government, led by Erdoğan, is deeply homophobic.

The letter also accuses the sponsorship deal of being a “specific attack” on the Bristol LGBTQ+ community following Anna Campbell’s death in Afrin:

The acceptance of sponsorship money from Airbus is also a specific attack on the Bristol queer community. Anna Campbell, a Bristol-based lesbian, was killed in Afrin, north Syria/Rojava, by a Turkish air strike in March. After going to Rojava to learn from, and support, the women’s revolution; and to fight against ISIS with the YPJ (Women’s Protection Units), she went to Afrin to help defend it against the invasion by Turkey. She was killed with two YPJ comrades, Sara Mêrdîn and Serhildan, while protecting civilians who were evacuating Afrin.

Bristol Pride is a volunteer run community festival and exists to represent the local LGBT+ communities and to allow the whole city to celebrate diversity and tackle prejudice and hatred.

As we do not get any core funding to put Pride on we rely on the support of many local businesses to make Pride happen, which is more important than ever. A national survey just released showing that over two-thirds of LGBT+ people still fear holding hands in public. Along with the national trend, incidents of LGBT+ hate crime in Bristol have increased with a shocking level of serious crimes going unreported.

Support from Airbus and their LGBT Staff network has allowed us to keep delivering our community area which is home to many LGBT+ service providers, charities and organisations who offer vital support and a lifeline to many in the community, especially those in more rural and isolated communities in the South West. It also recognises support for their LGBT+ employees and the work their networks do to encourage LGBT+ people in STEM.

Without their sponsorship this year we may have been forced to cancel the community area, which would be devastating to the LGBT+ community. Sponsorship also helps to keep Bristol Pride a donation entry event, so that no one is excluded from Pride just because they can’t afford it, often those who need it the most.

We are listening though and we have requested a meeting with those raising concerns so that we can sit down and talk, we are committed to finding a way forward, which includes working in a productive and ongoing capacity.

This meeting has now happened, and organisers have promised to review its sponsorship policy to include more formal ethical guidelines.

A spokesperson from Airbus told The Canary:

We have an active [email protected] staff network who were keen to get involved with Pride this year, while Airbus is also an early adopter of the United Nations’ Standards of Conduct for Business for lesbian, gay, bi, trans and intersex people.

Airbus values inclusion and diversity in its workforce, which is why we chose to sponsor the Community Area at Bristol Pride this year to support local LGBT+ charities. We also wanted to show that Airbus is a progressive company that employs the best people regardless of age, gender, disability, sexual identity or sexual orientation. Our sponsorship of Bristol Pride signals to budding LGBT+ engineers, shop-floor workers and administrators that Airbus is a great place to work, while helping a few local LGBT+ charities with their important projects too.

Airbus supplies commercial and military aircraft to companies and governments around the globe in full compliance with international laws and regulations.

Campaigners are still waiting for official confirmation from Bristol Pride over its future ethical guidelines. They are calling for Bristol Pride to publish its new policy so people can hold it to account for its actions.

There can be no excuses for sponsorship deals of this kind. Taking money from a company that arms a country which actively represses LGBTQ+ people is an insult to those fighting for their rights in the UK and across the world.