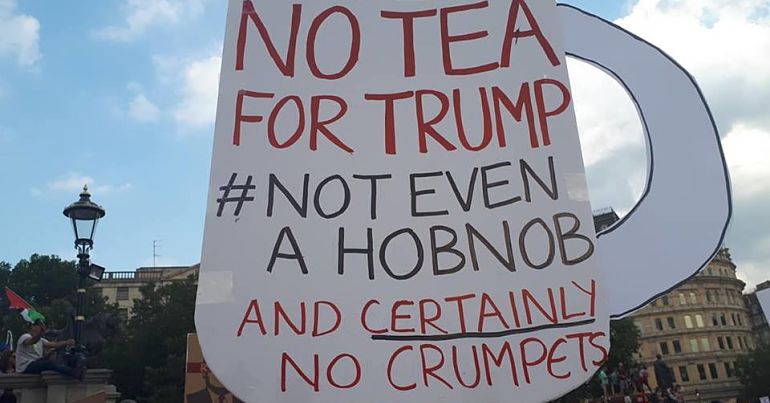 On 13 July, prime minister Theresa May quite literally extended the hand of friendship to Donald Trump.

Thankfully, people protesting in London (and elsewhere) on the same day restored some pride to Britain with their brilliant commitment to satirical protest and puns.

Who did a Trump?

The comedian Stewart Lee has a joke where he explains how the shared experience of farting could unite all cultures in the post 9/11 world. 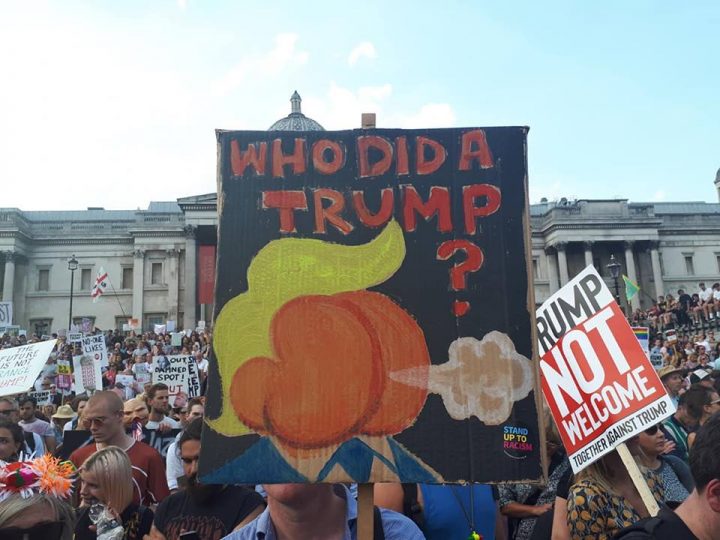 Meanwhile, others vowed to put their gas to good use: 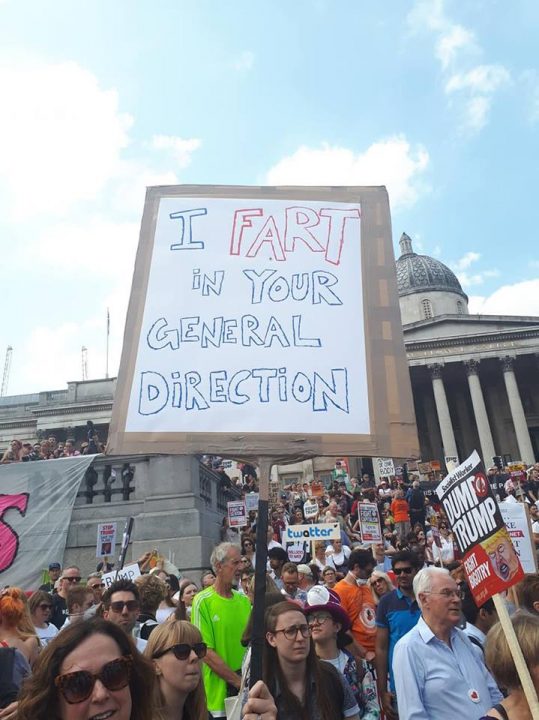 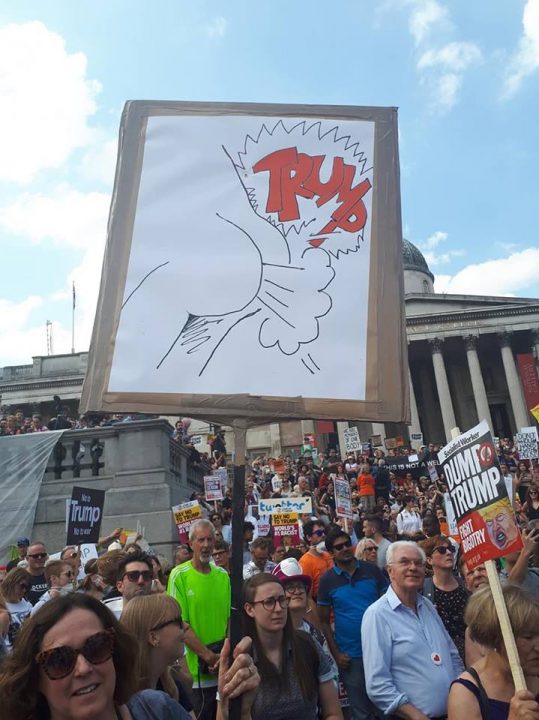 No crumpets for Donald

It was also very clear that no one plans to put the kettle on for Trump: 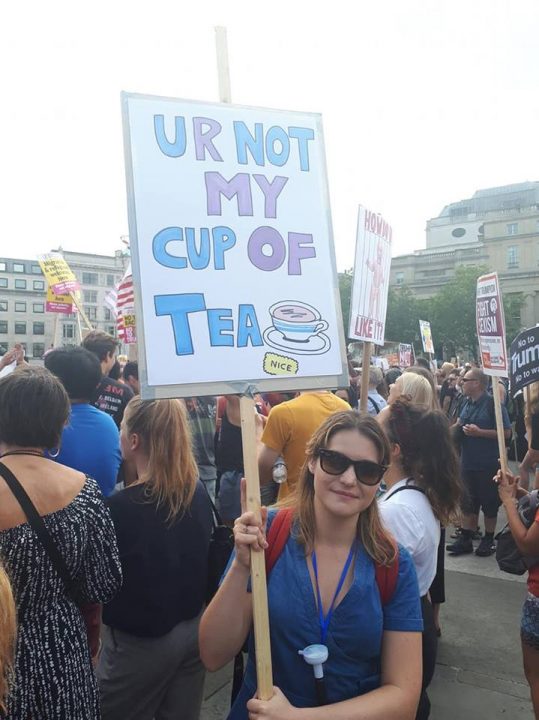 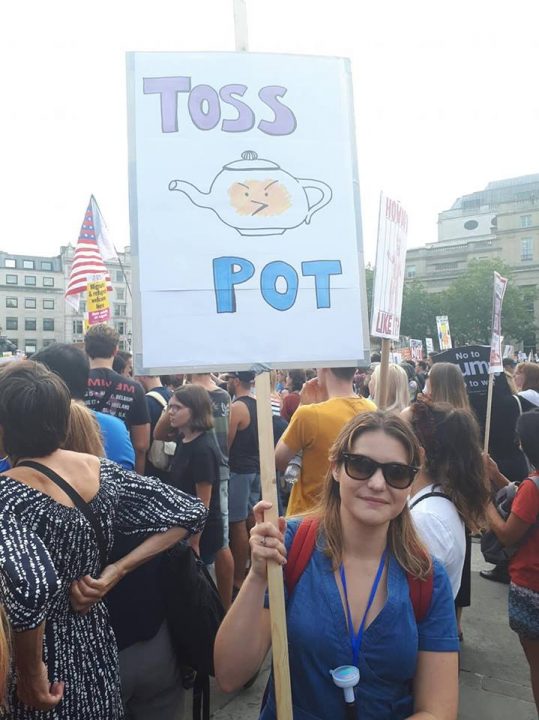 And some don’t think he deserves a Hobnob, let alone crumpets: 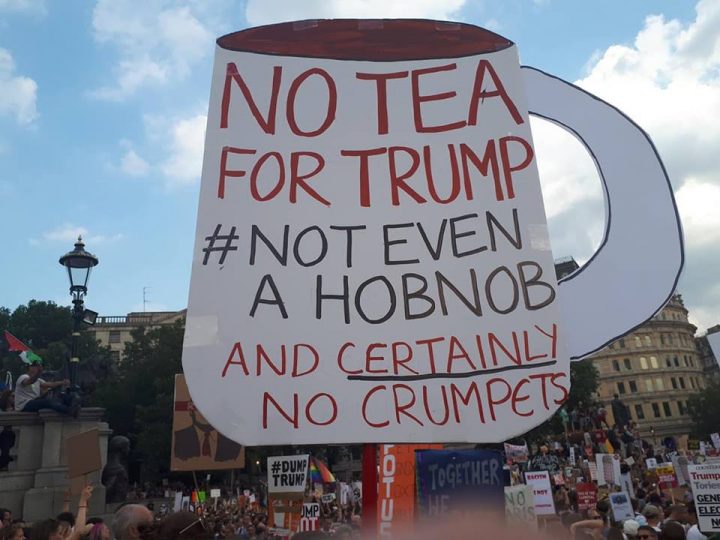 There were people at the protest who clearly hated Trump as much as some hate Marmite. But there were also people in the London march who appeared to love the sludgy stuff: 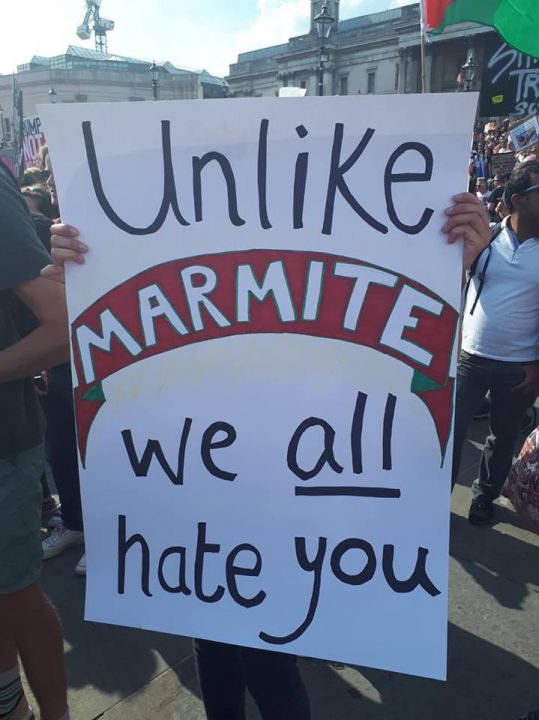 And one protester brilliantly used Trump’s hair to make a play on his tendency to attack the media: 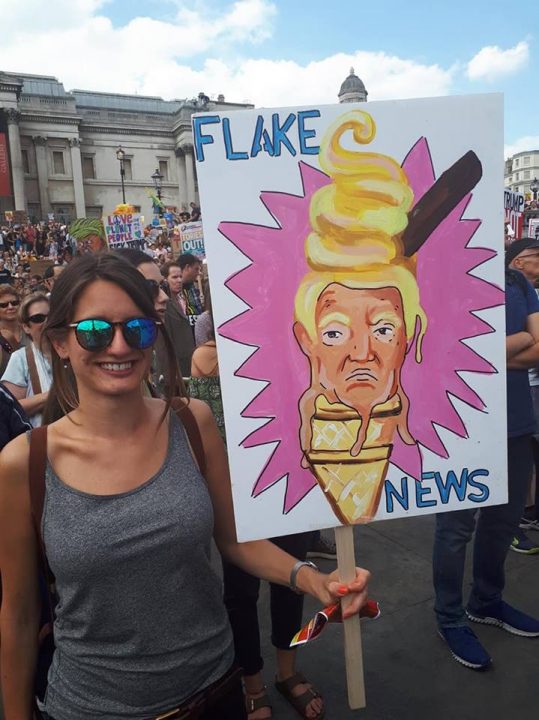 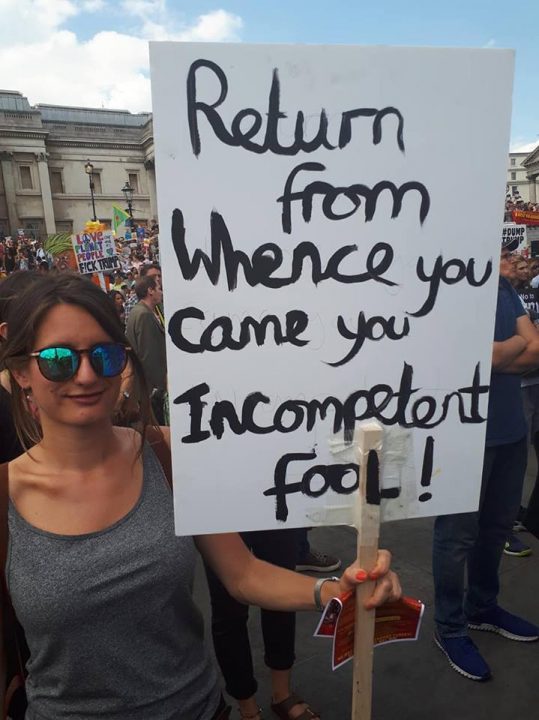 As well as farts and tea, people made TV and film references to ridicule Trump: 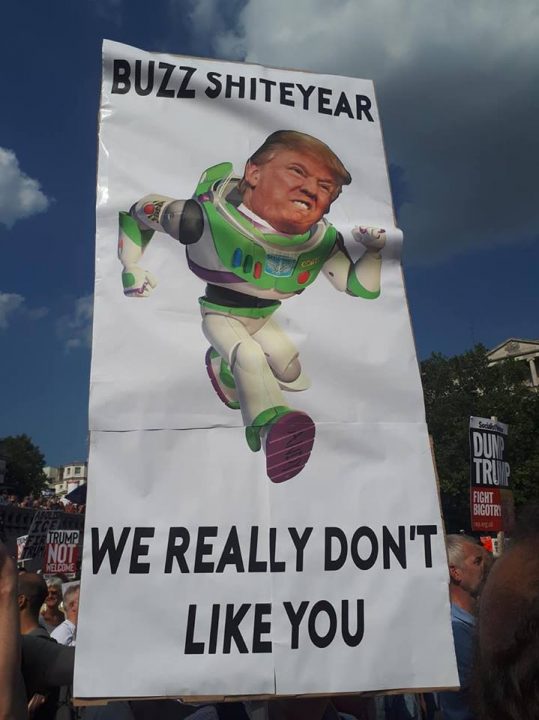 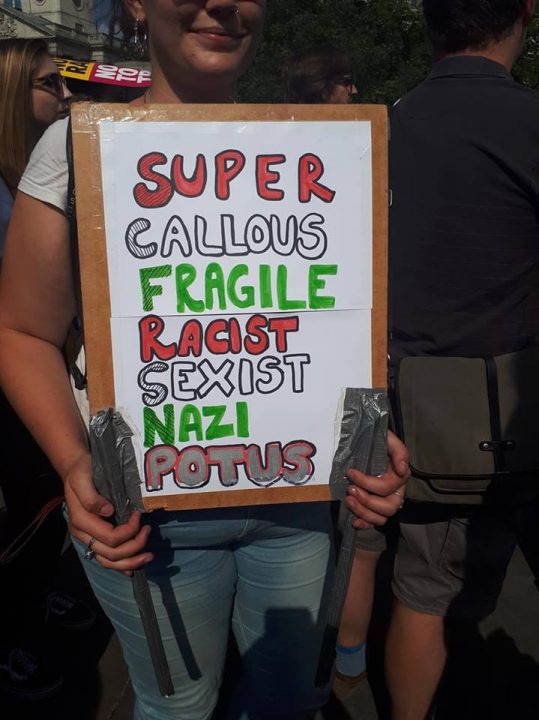 Others, meanwhile, saw chilling similarities between Trump’s style of rule and the dystopian story of The Handmaid’s Tale. 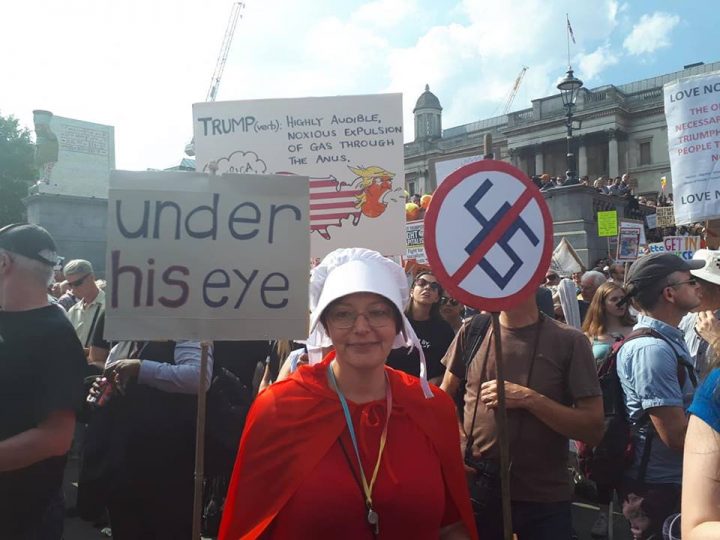 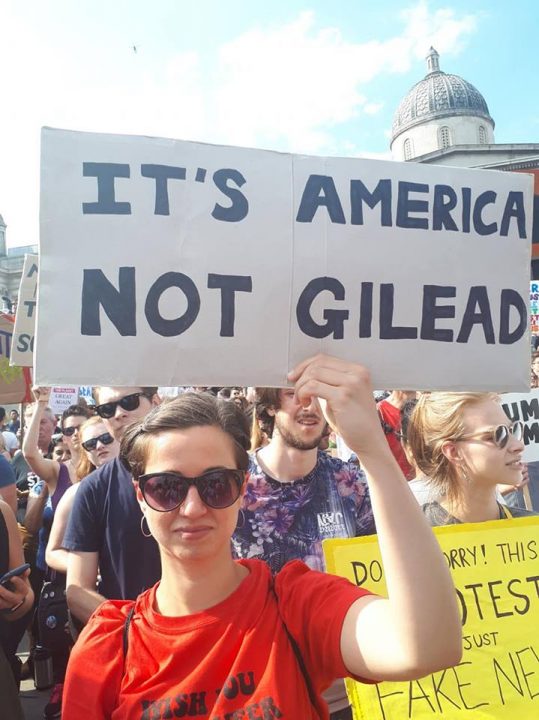 And someone re-worked the famous “Fuck you Bush” poem from Peep Show: 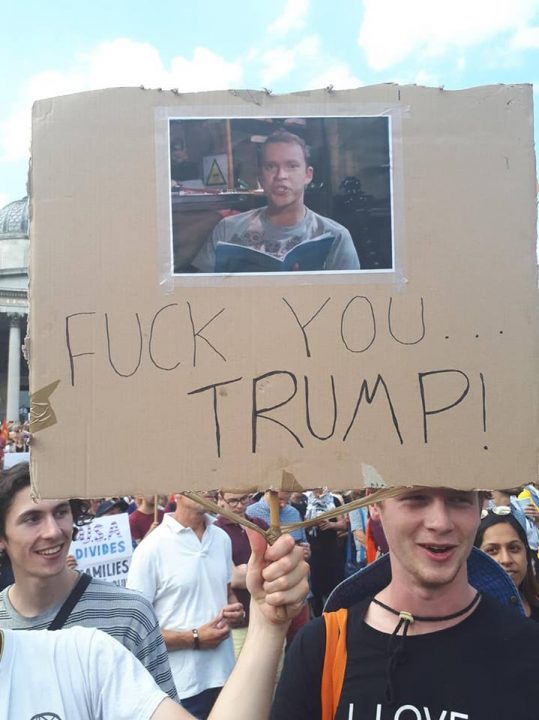 Feed him to the corgis

Members of the public felt that Trump even managed to insult the Queen without opening his mouth:

I’m no royalty expert, but I’m confident cutting the Queen off is frowned upon 😐pic.twitter.com/c2KSkUn145

"Broke with Protocol" ?? How about disrespected and insulted, instead.https://t.co/TAmr1flsfs

And it was suggested that she was not amused: 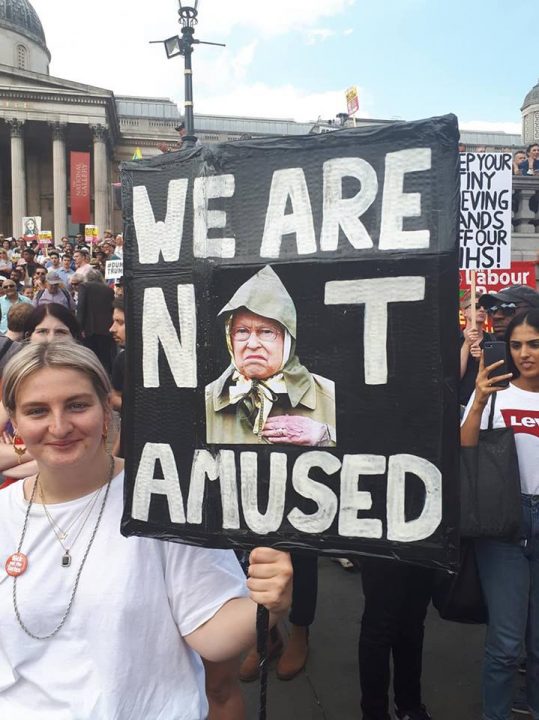 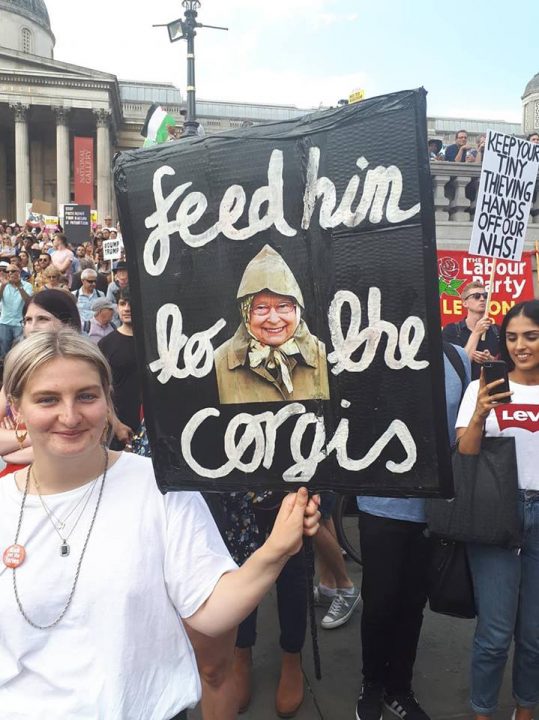 There was one sign, however, that got straight to the point: 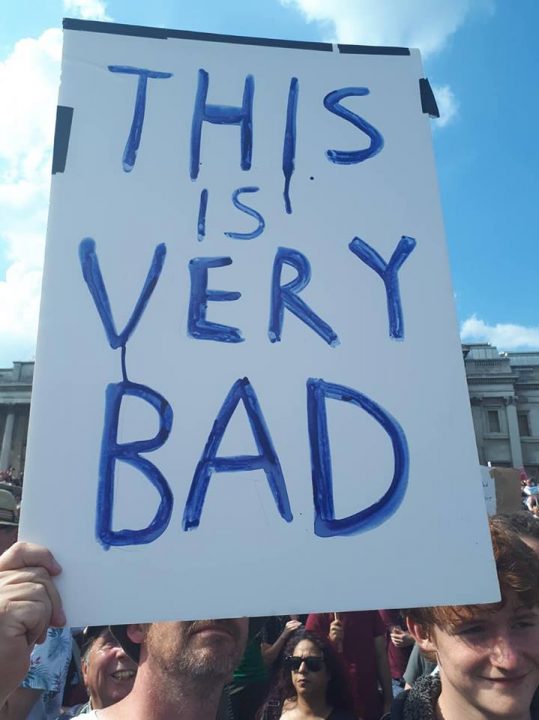 It’s true, this is very bad. Yet, in these terrifying, tumultuous times, seeing the British tradition of puns and fart jokes alive and well warmed the heart of many.

As The Canary‘s John Shafthauer tweeted:

Let’s hope the brilliant use of humour at the Trump protests inspire people to keep opposing his vile policies.

Featured image and in story images via author