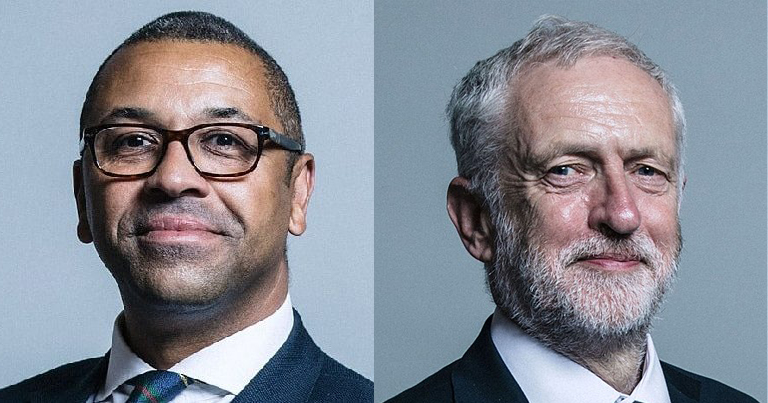 The deputy chairman of the Conservative party, James Cleverly, tried to shoot down Jeremy Corbyn over his criticism of Donald Trump’s visit to the UK. Instead, thanks to the work of an astute Twitter user, he shot himself in the foot.

Cleverly had a pithy response to a video of Corbyn criticising the prime minister for inviting Trump:

Where a man who was comfortable meeting convicted IRA members at the height of their terrorist campaign, says the PM shouldn’t meet with the elected leader of our closest ally in the world. https://t.co/43PX6lGyGo

Unfortunately for him, Cleverly made a fatal tactical error with this latest smear attempt. It appears he didn’t do his research. This was seized upon by a Twitter user who sent Cleverly a photo with a perfectly posed question:

People accusing Corbyn of having links to the IRA is nothing new. The Labour Party leader met with Republican and Loyalist figures in an attempt to help broker a peace deal. However, such smears are baseless considering that figures on the left and right met with Sinn Fein during the peace process.

The photo showing Donald Trump meeting with Sinn Féin leader Gerry Adams was taken during this time too. The meeting occurred when Trump attended a Sinn Féin fundraising event in New York City in 1995. The fundraiser took place months before the IRA bombed Canary Wharf in London.

Cleverly, however, seemed unable to grasp the issue with his tweet:

This isn’t the first time Cleverly has been hoisted with his own petard. He posted an infamous tweet defending public sector cuts by bringing up the spectre of communist dictatorships. This was unpacked in great detail [paywall] by the New Statesman. He’s also been regularly humiliated on Twitter, as well as on radio and television.

While it’s fun to laugh at Cleverly for making a fool of himself, the criticisms [paywall] from him and others need pushback.

Corbyn’s role in the Northern Ireland peace process is a favourite line of attack for the Conservatives. But considering that their party had secret meetings with the IRA, meetings that were invaluable in bringing about peace, such attacks seem cynical and hypocritical. They also negate the importance of diplomatic dialogue and make future peace negotiations harder to achieve.