The Daily Mail stands on the wrong side of history again, with a front-page tribute to Donald Trump - The Canary 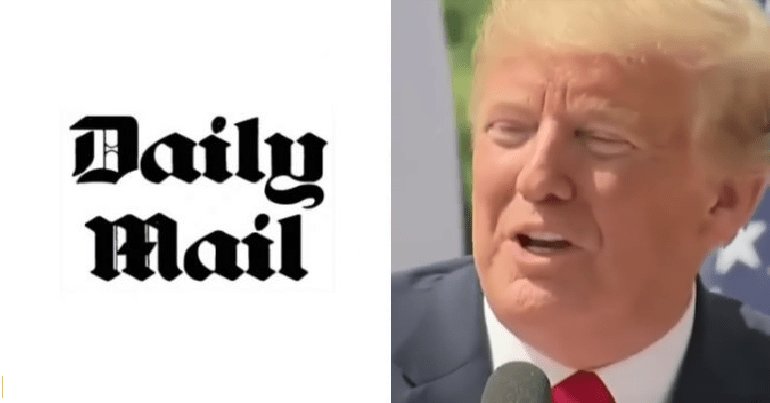 The Daily Mail has stood on the wrong side of history again with a front-page tribute to Donald Trump. The tabloid also claimed people protesting Trump’s UK state visit ‘shame Britain’, and attacked Jeremy Corbyn for standing with them:

In the 1930s Lord Rothermere was a friend of Mussolini and Hitler, the Daily Mail praised Nazis and gave plaudits to the British Union of Fascists.

In response to the story, Labour MP Dan Carden pointed to Mail owner Lord Rothermere’s support for Adolf Hitler and Italian fascist Benito Mussolini in the 1930s. Even after Hitler wrote the Aryan supremacist text Mein Kampf, the Mail claimed Hitler and the success of his party represented the “birth of Germany as a nation”. Hitler rewarded Rothermere with exclusive interviews. He and his son also attended a dinner party with the German leader who would later go on to follow through on his white supremacist ideology and commit genocide.

On top of that, the Mail championed Oswald Mosley and the British Union of Fascists with the headline “Hurrah for the Blackshirts” a few years later:

But you don’t have to look that far back to get a taste for the Mail’s agenda. Campaign group Stop Funding Hate posted:

Today's Daily Mail claims yesterday's peaceful protest in London "shames Britain". Share if you think headlines like this do more to shame our country than hundreds of thousands of people across Britain exercising their right to free speech & freedom of protest #DetoxTheDailyMail pic.twitter.com/1ieJiIIUpR

And Owen Jones made clear where public opinion lies on the matter:

Well, it's not the first time the Daily Mail has shilled for right-wing extremists.

The polling shows that over three quarters of Britons have a negative view of Donald Trump because, unlike the Mail, they have a moral compass. pic.twitter.com/hDiXdQ7wxv

Recent YouGov polling shows 77% of the UK public have a negative view of Trump.

While Theresa May held the US president’s hand again, the Labour leader marched with protesters against Trump. He also delivered a speech:

Our message today to President Donald Trump was: We're united in our hope for a world of justice not division.#TrumpProtest #TrumpVisitsUK pic.twitter.com/aJRQtO2vwP

Given its past, its unsurprising the Daily Mail is proudly standing on the wrong-side of history. But as that history shows, tolerating the far-right can have terrible consequences. We must oppose Trump’s brand of minority-bashing politics at every hurdle.