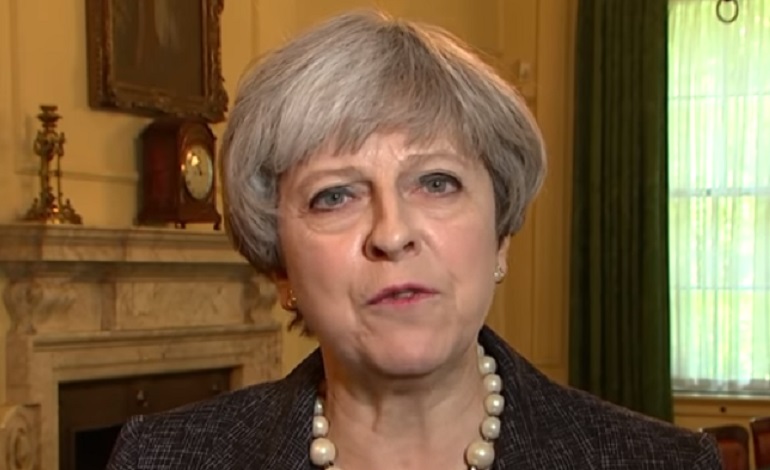 Theresa May’s week ended sourly, as one of her former MPs (now a general election candidate) fell apart live on the BBC. And Tory candidate James Cleverly was left gobsmacked by the host’s repeated skewering of him.

So far, not so good…

The Conservative candidate said “it doesn’t work like that”. He went on to say [2.08] that it’s “very sad” that Labour leader Jeremy Corbyn, who “aspires” to be Prime Minister, “could make such an erroneous and casual connection between British foreign policy and international terrorism”. Cleverly said that this “justification” was one used by terrorists.

You don’t think foreign policy plays a role at all…

Cleverly said [2.08.50] that it didn’t, because countries like France and Germany “were targeted by terror before they were involved in the Middle East”.

This is simply not true. France, for example, began airstrikes in Iraq against Daesh (Isis/Isil) in September 2014. That was before its first major terrorist attack, the massacre at the Charlie Hebdo offices in January 2015. And Germany’s most recent involvement in the Middle East began on 1 December 2015. This was after the first attack where a self-professed jihadi stabbed a police officer. But Germany’s deployment of troops to Syria was a year before the December 2016 Berlin truck attack which killed 12 people and injured 56.

Five Live host Barnett was obviously unimpressed with Cleverly’s response. And she left him floundering with her next statement:

Cleverly was unable to answer, except by giving his own erroneous claim about France and Germany. Nor could he answer why the former Head of MI5 made the same assertion as Corbyn. But he did say [2.10.25] that “that link is not as simple as that”. Again, Barnett wasn’t happy with his response. And again, Cleverly struggled to give a comprehensible answer:

Barnett then moved the interview on to the subject of police cuts, citing the fact that the UK has 20,000 fewer police officers than in 2010. Cleverly tried to make the point [2.12.01] that Corbyn:

But the host once again moved Cleverly into a corner, effectively leaving him stuck there. Because she then played a clip [2.12.40] of Police Federation Chief Steve White saying that cuts had led to the army having to be deployed. And Cleverly fell apart:

Do not elect this man

He then called [2.17.20] Corbyn’s stance “rank hypocrisy” because, for “forty years”, he had apparently been a critic of the “security services”. Cleverly concluded [2.17.40] that he was:

absolutely confident talking to people on the doorstep as I’ve been doing… that the best person to protect the British economy and public services is Theresa May.

Cleverly may be “absolutely confident” talking to people on the doorstep. But he exuded no such confidence when faced with a difficult interview on Radio 5 Live. His floundering and squirming merely confirmed two things. That the Conservatives’ record on foreign policy and security is built on sand. And that the Tories are extremely rattled by Corbyn’s confident stance regarding these same issues.