Tony Blair has been eerily silent on the Manchester bombing. For one very good reason. - The Canary 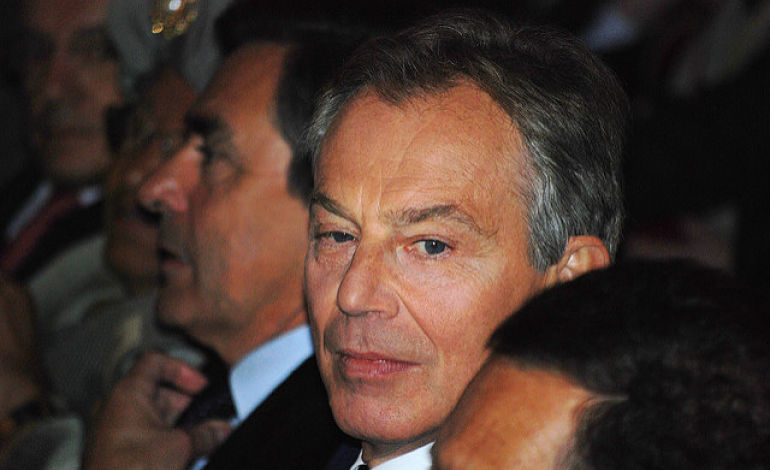 After the devastating bombing on 22 May, past and present British leaders have sent condolences and made statements on the country’s national security resolve. But former Prime Minister Tony Blair – one of the founding instigators of the ‘war on terror’ – has remained eerily silent, as The Intercept‘s Jon Schwarz has pointed out. The apparent reason? Intelligence sources warned Blair that the 2003 invasion into Iraq would lead to an increase in terrorist attacks like the Manchester bombing.

As the Chilcot Inquiry revealed, the UK’s Joint Intelligence Committee stated in a white paper:

The threat from Al Qaida will increase at the onset of any military action against Iraq. They will target Coalition forces and other Western interests in the Middle East. Attacks against Western interests elsewhere are also likely, especially in the US and UK, for maximum impact. The worldwide threat from other Islamist terrorist groups and individuals will increase significantly.

But Blair apparently skipped over such details. He also dismissed the suggestion by other MPs that the invasion could provide fertile ground for terrorist recruitment. His argument was that, if Britain didn’t take action, al-Qaeda would grow.

Far from quashing al-Qaeda, however, the invasion of Iraq fostered the growth of an even more extreme terrorist outfit. As even Blair would eventually acknowledge, the rise of Daesh (Isis/Isil) was a direct consequence of the conflict.

Daesh would later claim responsibility for the attack on 22 May 2017. And although the credibility of such claims remains disputed, the identified perpetrator alleged had family links to the Libyan Islamic Fighting Group (LIFG), which was once considered to be an al-Qaeda subsidiary. He had also reportedly travelled to both Libya and Syria. In short, there’s not only a link to the fallout from Iraq, but also from Libya – another Western intervention. This one, launched by Prime Minister David Cameron, was also a disaster, and also led to rising extremism. And a UK Foreign Affairs Select Committee report stated:

With this in mind, it is no surprise that the terror threat to Britain is often closely linked to the country’s wars of regime change across the Middle East.

So what’s the alternative?

Current Labour leader Jeremy Corbyn has consistently got foreign policy calls right. And he promises to move away from the foreign policy catastrophes that have been prevalent under previous governments.

While noting that radicalisation is a complex process, Corbyn understands that Britain’s current foreign policy is not working. He has said:

Those causes certainly cannot be reduced to foreign policy decisions alone. Over the past fifteen years or so, a sub-culture of often suicidal violence has developed amongst a tiny minority of, mainly young, men, falsely drawing authority from Islamic beliefs and often nurtured in a prison system in urgent need of resources and reform…

But we must be brave enough to admit the war on terror is simply not working. We need a smarter way to reduce the threat from countries that nurture terrorists and generate terrorism…

Seeing the army on our own streets today is a stark reminder that the current approach has failed.

Corbyn’s plans are laid out clearly in his party’s election manifesto. One point in particular is a pledge to seek “comprehensive, independent, UN-led investigations into alleged violations of international humanitarian law in Yemen, including air strikes by the Saudi-led coalition”. These are airstrikes that are arguably creating yet further gains for extremist groups like al-Qaeda. And the current UK government facilitates them.

Attacks like the Manchester bombing are sickening. And so is the fact that previous political leaders have taken decisions even in the knowledge that they would increase the terror threat to the British public. This is Tony Blair’s legacy. And it’s the legacy of politicians like Theresa May who wholeheartedly supported the invasions of Iraq and Libya.

It’s now time for an urgent departure from the status quo.

– For more coverage of the 22 May attack, see here.