One man can't speak for a billion Muslims. But many might want him to after watching this [VIDEO] - Canary 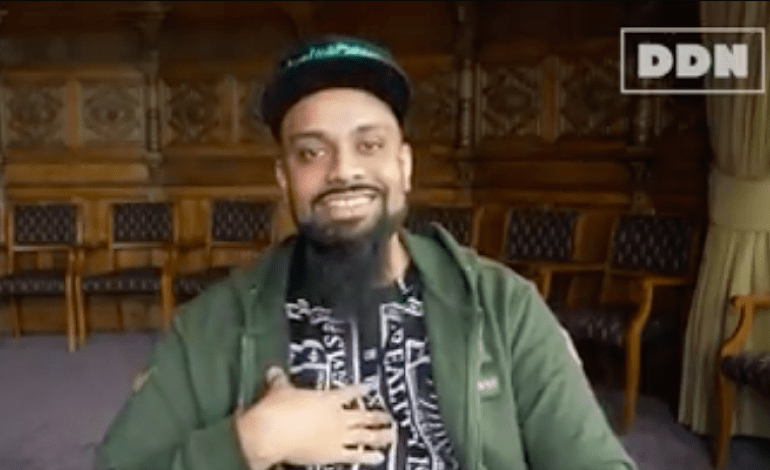 The horrendous terror attack on 22 May in Manchester left many searching for answers. But one particular question was asked of a comedian by an emerging progressive media collective. They asked why Muslims commit terrorist attacks. And Guz Khan (AKA Guzzy Bear) gave a response many wholeheartedly agreed with.

In response to the question posed by Double Down News, Khan explained:

If somebody was to ask me right now, excuse me, why do Muslims do such things like what took place in Manchester? My honest answer to you would be ‘Sorry bruv, I don’t know. Because I’m not a violent psychopath with murderous tendencies. You’d have to ask one of those people to find out why’.

And he said people generally still push the question, as if he and other individuals are the spokespeople for 1.6 billion people because they are Muslim.

As a father, as an uncle, as a former teacher, when I heard what had happened in Manchester, I felt how any sane human being would. And that is I was disgusted. I was shook to my core really. Because it affected beautiful young children.

And Khan felt the whole country stood together on that. But he saw on social media that some had different views for children elsewhere. He also makes the point that most children affected by Daesh (ISIS) live in Iraq and Syria. But that living further away, many people can’t make the connection with them.

Khan says that messages of hate are perpetuated by the media’s hunger for sensationalism. Giving not only personalities like Katie Hopkins a stage, but also ‘weirdos’ like Anjem Choudary. These figures are notorious for their extreme rhetoric, based on views the majority of people do not share. But it’s rhetoric that the BBC had been platforming regularly.

He also believes it’s time for a new approach:

When you have huge government bodies greeting terror with purported terror, that only begets more terrorism. Jeremy Corbyn warned of this. Being one of only 13 MPs to vote against the military intervention in Libya.

The response after the Manchester attack, as Khan says, epitomises the way forward. People stood together to get through the pain. And that’s the overall message Khan’s video gets across.

– Read more Canary news on the 22 May Manchester attack.

– Follow Double Down News for more of their work.

– Vote in the 8 June General Election.