An attempt by The Express to smear Jeremy Corbyn has backfired... spectacularly - Canary 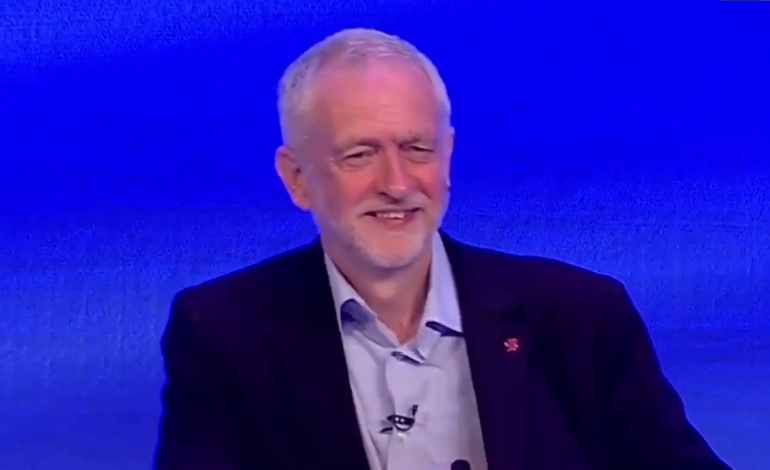 With the Conservative poll lead evaporating and the Corbyn campaign on fire, sections of the right-wing press are understandably nervous. But a new story from The Express suggests nervousness may have developed into frenzy.

Corbyn will end love itself

This is not satire. The Express now claims a Corbyn victory would be a threat to love itself. The piece, entitled EHarmony boss says Jeremy Corbyn may cause ‘dramatic decrease’ in Britons looking for love, reads:

Jeremy Corbyn’s election would be likely to spell disaster for those looking for love online in the UK, according to eHarmony CEO Grant Langston.

On the other hand, if Theresa May is elected in the 2017 election then the UK’s chances of couples finding love will remain ‘strong and stable’.

This is because in times of uncertainty Britons have a habit of withdrawing, and spending time with family and friends, the online love expert claimed.

Below the post is a 20 image photo gallery entitled: Evolution of Jeremy Corbyn’s beard. This tracked the development of the Labour leader’s facial hair between 1982 and 2015.

Piercing journalism from The Express team on both counts.

Yes, but is it true?

The reality is, one of the greatest threats to relationships is poverty. As Ann P. Kaiser and Elizabeth M. Delaney wrote in their 1996 book The Effects of Poverty on Parenting Young Children:

Developing positive relationships with parents and families of low socio-economic status and getting them involved with their children’s education and school activities is a challenge. In order to address this challenge it is first necessary to understand the dynamics of parenting in the context of poverty. Parenting is a critical process affecting many developmental outcomes for children living in poverty. Parent ability is weakened by living in poverty conditions and by the emotional and psychological stress associated with living in poverty.

Since the Conservative government came to power in 2010, child poverty has surged. And it now totals almost a third of all UK children. As The Canary’s Steve Topple wrote in March of this year:

But it can get worse. If Theresa May wins the general election, analysts warn that dramatic rises in child poverty will follow. This is due to further cuts in working-age benefits, the scrapping of free school meals, and further austerity measures that combine to create toxic conditions for families.

Meanwhile, progressive parties from Labour to Plaid Cymru have made commitments to policies that reduce child poverty. A strong, universal welfare state, and fully-funded and publicly-run education, housing, energy, health and social care systems – these have been proven to narrow the wealth gap, and kickstart social mobility.

A happier, healthier society takes long term vision, commitment and investment. It takes a radical shift in priorities. And with May promising five more years of ideological austerity, that change is simply not going to come from her.