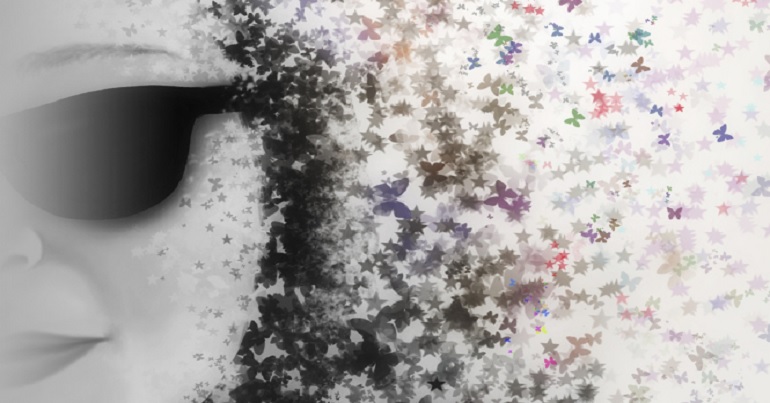 A new book, charting the life of a young woman, is a heart-wrenching yet essential read – not least for the people known as the ‘Millions Missing’.

Jessica Taylor-Bearman lives with myalgic encephalomyelitis or ME. It’s a chronic systemic neuroimmune disease. But the disease has been fraught with controversy. For decades (and often still to this day), the medical profession has not properly recognised it. People living with ME have been disbelieved, stigmatised, given incorrect treatment, or told it’s ‘all in their heads’.

People have been trying to raise awareness of ME in recent times. #MillionsMissing is a yearly protest and ongoing campaign in the ME and disabled communities, led by #MEAction. Jen Brea’s groundbreaking and award winning film Unrest gave a harrowing but inspiring insight into the disease. And there’s been a flurry of UK parliamentary activity in recent months.

Now, Taylor-Bearman has added to the rising tide of action about ME. She’s published a book, telling part of the story of what she calls the “ME Monster” that invaded her body at the age of 15. The Canary was privileged to talk to her about living with severe ME, the medical profession and society, and her book – A Girl Behind Dark Glasses.

A Girl Behind Dark Glasses

A Girl Behind Dark Glasses is a first hand account of Taylor-Bearman’s life prior to, and after, being diagnosed with ME. It extensively charts her period in hospital, where she was living (but barely) with an extremely severe form of the disease. It left her there for four years from the age of 15, unable to move, speak, feed, or toilet herself.

Beginning with a brief prelude on Taylor-Bearman’s life before the disease took hold, it shows a smart, funny, and active young girl, who embraced life to full capacity. The rest of the book, in the starkest of contrasts, is devastating – as we watch her physically become a shell of her former self.

There are many harrowing parts to A Girl Behind Dark Glasses; not least Taylor-Bearman’s decline. She explained that she thought it was crucial to paint a “true” picture of life with ME:

It was incredibly important to me that it had a clear picture of what severe ME is like and how there are still millions missing today, probably in even worse situations than I was in. That was a very clear issue that I wanted to do justice to those still in that position. People who suffer with very severe ME are generally hidden from the world, they don’t have a voice and I felt a pressure to make sure that their voice was heard.

Taylor-Bearman feeling ‘pressurised’ to make sure the voices of the Millions Missing were heard is tinged with irony. Because for a large part of the book, ME left her unable to speak. It’s this appalling side-effect of ME which paradoxically led Taylor-Bearman to structure A Girl Behind Dark Glasses the way it is.

In the book, she uses a combination of recollected memories and diary entries. The diary, called ‘Bug’, is a prominent feature throughout. But its presence comes and goes. And due to the severity of Taylor-Bearman’s condition, it’s absent from chapters 11 through 21. When Bug is around, though, it showcases the author’s ability to mix light humour with devastating self-awareness. It also shows she had a maturity beyond her years at the time of writing.

Of the book, over a dozen chapters are from the time Taylor-Bearman was unable to speak. As if this wasn’t enough, she was also virtually paralysed in hospital. These sections are particularly distressing. The reality of what Taylor-Bearman went through lurches from heart-breaking (her so-called “Limbo land” where the medics basically left her to vegetate) to utterly shocking (a carer repeatedly sexually assaulted her). Taylor-Bearman said that being so explicit about what happened to her was really important:

I found it quite healing to ‘bare all’ because so much had happened that not even my friends or family had known about. For example, the reason I had to change from ‘Jess’ to ‘Jessica’. I vowed that one day all the mistreatment that seems to happen when you are vulnerable or voiceless would be told and opened up. Because I hated the idea that this could and is happening to somebody else right now. I felt it was my duty to tell the truth about what actually happened to me. In the book, my Gran [who dies during the book] made a promise with me that one day we would write my story. I felt that I owed this to her.

What A Girl Behind Dark Glasses perhaps does most crucially is make an important public record. It shows how a person living with ME can often be treated by the medical profession. Again, as with the sexual assaults she was subjected to, her treatment by alleged care givers is shameful. From being offered no treatment except hydrotherapy, to being told to drink six to eight energy drinks a day to see if that helped, the ignorance of medics is staggering. But if you know about ME, you’ll know it’s not surprising.

At one point, as her gran was dying, the chief consultant in the first hospital (referred to by Taylor-Bearman as “Big Boss”) tells her:

I want to see a big improvement in you, otherwise I will be sending you back to where you came from and you will never get better. You wouldn’t want that, would you?

It’s this attitude from medical professionals which runs throughout the book. They somehow thought Taylor-Bearman was either in control of her illness, or it was partly in her head. She is often treated with contempt, irrelevance, or as a rare exhibit in some kind of human zoo. It’s these recollections from Taylor-Bearman which will ring true with so many of the Millions Missing and those around them. She said that although the book is set several year’s ago:

I don’t think that the healthcare towards people with invisible illnesses like ME has changed in the slightest since, which I find disappointing. I mean it has been twelve years since my ordeal started! For example, I got turned down from my local ME team because I was too severely unwell and they sent a psychologist along anyway. How can it be that someone is too sick to receive support? You wouldn’t turn somebody away who had chronic heart failure because they were too ill to walk around much. The same should be for ME. The most vulnerable people are often left… dying from this disease. It is well and truly time for a change.

While A Girl Behind Dark Glasses is a devastating read, it’s also filled with intelligent hope and spirit of character.

As a reader, it’s staggering how Taylor-Bearman manages to recollect so much from her time of being essentially institutionalised. As the book vividly paints, she was unimaginably ill. And yet throughout, her journey is recalled with a multicoloured palette of detail: searing, sharp, and attentive. But the real skill in Taylor-Bearman’s writing is its accessibility.

Taylor-Bearman has intuitively constructed A Girl Behind Dark Glasses. Chapters are short; at times they feel almost like a film script, with each one playing out like a single scene. The paragraphs are never overly-long, and the prose is often staccato in nature. Taylor-Bearman’s use of Bug as a literary tool is highly effective. It means the book flits between a first and second person narrative, which adds emotional weight to her writing. As she noted:

I used the diary a lot to try and show an authentic view of what it feels like to be stuck in a body that doesn’t work.

What Taylor-Bearman has perhaps unconsciously created is an impressively accessible book. It’s perfect for people living with chronic diseases or illnesses which may impair their cognitive function. It’s also something that people with no prior knowledge of ME could pick up and come away feeling moved by in a multitude of ways. Hopefully, some people will even be moved enough to get involved with the Millions Missing fight.

ME: a “misunderstood disease”

Taylor-Bearman said she recognises that it “takes people’s experiences to create change”:

I think that ME is a very misunderstood disease. The people who have had it have been treated terribly in the past and that has often silenced people, who fear for their lives or for the very little things of life to be taken away from them. It takes people’s experiences to create change… Every person who manages to get their voice heard makes a difference. It was tremendously difficult to get people in [the] publishing industry to take notice of a book like A Girl Behind Dark Glasses, because it was not a glamorous subject. We need more people to take notice at the unfathomable truth of illness that has been quietly taking people away from society – the ultimate prison sentence.

A Girl Behind Dark Glasses, at the very least, makes you sit up and take notice. The beautifully woven narrative, coupled with Taylor-Bearman’s undeniably harrowing story, will likely leave you struggling to hold back tears. It’s a masterclass in storytelling – tinged with darkness but bursting with light at the same time.

As she writes in the book:

A Girl Behind Dark Glasses is who I am. I cannot lie to people and pretend I’m something I’m not. This is my life and people need to know about it. One day, my story could be the basis for change… One day I would be flying free from this. On that day, I would have a book in shops; my name on its cover, and I would have done my bit to help make a difference. That is what fuelled me every day that I battled against the ME Monster.

Taylor-Bearman has fully realised that part of her dream with A Girl Behind Dark Glasses. It’s hard to express how stunning her dream has become. And in her unflinching and heartfelt literary debut, it’s certainly realised to its full potential.