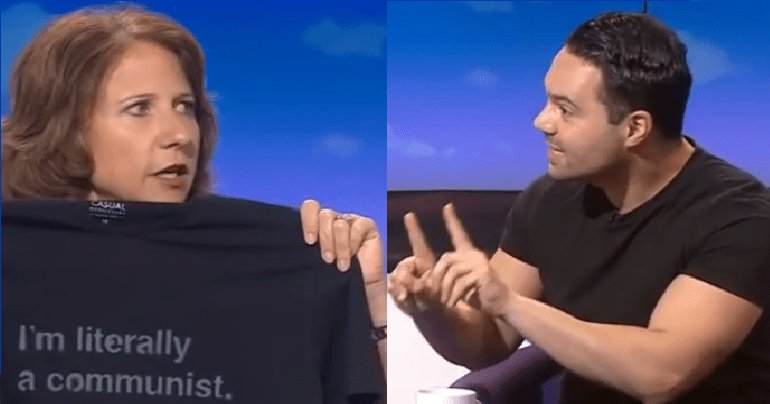 Guest Aaron Bastani shut down the BBC on 19 July. Presenter Jo Coburn was trying to spread the greatest myth about communism:

Are you romanticising a murderous ideology?

I wouldn’t blame Adam Smith for the Bengal famine… we’re talking about a set of ideas which have been criticising capitalism in very specific ways.

The co-founder of Novara Media points out that nobody blames Smith, an economist behind free market ideology, for atrocities carried out in the pursuit of profit. But commentators often hold Karl Marx culpable for anyone who kills people while claiming to be a communist.

Neither the host nor the other guests had a critical response, other than again asking if communism has been “romanticised”.

Bastani laid out why he believes a form of communism is possible now. He said that communism is:

talking about a kind of society which is so qualitatively different to capitalism as capitalism was to feudalism. Which is to say that its key features, within capitalism: having to sell your Labour for a wage, production for profit… These things would no longer exist. Have we ever had a political economy… which didn’t have those features? No we haven’t.

Over the next 20 years, robots could replace over 35% of UK jobs, according to a Bank of America study. As Calum Chace, author of Surviving AI and Pandora’s Brain says:

There will be people who own the Artificial Intelligence, and therefore own everything else. Which means homo sapiens will be split into a handful of ‘gods’, and then the rest of us.

But automation could unlock human potential if we share the fruits of robotic labour, rather than letting big business own robots for profit. The choice is in our hands.