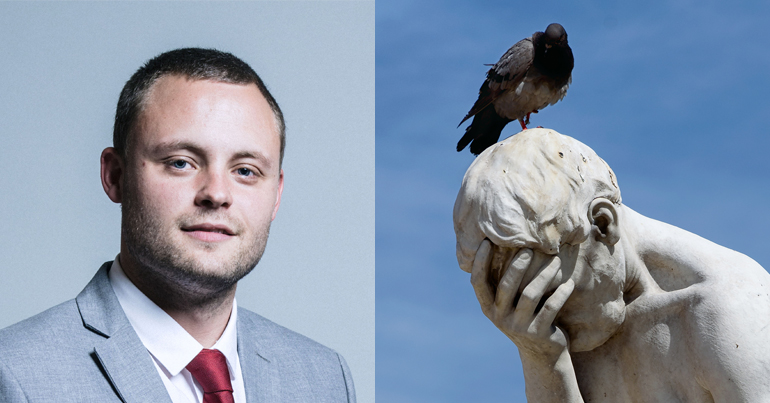 Conservative MP for Mansfield Ben Bradley just made an utter fool of himself while trying to attack the Labour Party. He posted a statement on Twitter so stupid that even Dan Hodges, a columnist for the pro-Tory Daily Mail, called him out. In a tweet posted on 21 July, Bradley laid out his argument against a second Brexit referendum:

In attempting to trot out the same old tired argument that a Labour government would be bad for the economy, Bradley inadvertently revealed his own astounding ignorance. As Twitter users were quick to point out, the United Kingdom does have political re-runs all the time. They’re called general elections, and they happen every five years (or two, if you’re Theresa May):

Yes. That's correct. We elect governments, then after a few years we judge whether we think what we were told was right, whether it's working, and have a "re-run". That's how our democracy works. We don't say "you've been elected, that's it, you're in for ever".

Breathtakingly stupid. You think you’re making a good point, but just reads like you’re so thick you don’t realise general elections happen more than once.

There's automatically a rerun, every five years at the most, you donut.

We have a re-run of elections every few years. That’s quite literally how parliamentary democracy works.

How did someone this stupid become an MP. https://t.co/v9PkHySlac

This is not the first time Bradley has tweeted without thinking. On 19 February, he falsely accused Jeremy Corbyn of selling secrets to “communist spies”. After a threat of legal action, he was forced to publically apologise to Corbyn on Twitter and donate an undisclosed sum of money to a food bank and homeless charity. His apology was retweeted more times than every Tory post of 2018 combined, as of 6 March.

Couldn’t have happened to a more deserving guy

Before you shed a tear for Bradley, it’s worth pointing out his history of offensive and demeaning statements. In a 2012 blog post, he suggested that poor people should get vasectomies. The now deleted post showed a callous disdain for unemployed people with statements such as:

Families who have never worked a day in their lives having 4 or 5 kids and the rest of us having 1 or 2 means it’s not long before we’re drowning in a vast sea of unemployed wasters that we pay to keep!

He also posted a tweet in 2011 encouraging the police to play “splat the chav” during the London riots.

We deserve more from our politicians

Everyone makes mistakes, but is it too much to ask that elected officials understand the basic principles of the British political system? The people of Mansfield deserve better than this.