Labour was right to clarify the IHRA antisemitism examples, just ask the man who defined them - Canary Workers’ Co-op 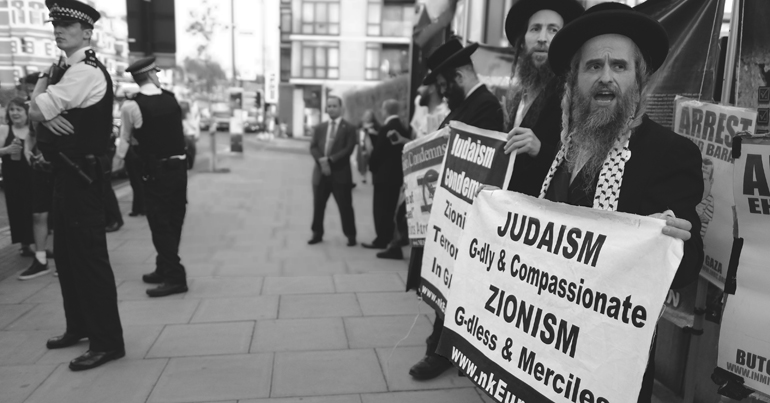 The Labour Party has received sustained criticism for not fully adopting the International Holocaust Remembrance Alliance (IHRA) definition of antisemitism. Members of the Jewish community, the media, and Labour MPs have criticised the party’s National Executive Committee (NEC) for adjusting four examples of antisemitism in the IHRA.

However, the author of the original working definition believes the examples used by the IHRA are inadequate and open to abuse [pdf] by those wishing to censor free speech and legitimate criticisms of Israel.

The modified examples specifically relate to criticisms of Israel. The NEC has been incorrectly accused of omitting these examples. Instead, their use has been clarified and contextualised by the party’s disciplinary boards.

Straight from the source

Kenneth Stern, an attorney who specialises in antisemitism and hate studies, wrote the examples used by the IHRA. Stern was the lead author [pdf, p5] of the European Union Monitoring Centre (EUMC) antisemitism definition [pdf] in 2005 [pdf, p27]. The EUMC definition was never used in an official capacity and was described by the group’s director as a “work in progress”.

The definition was later adapted and reworked by the IHRA for the organisation’s working definition. The examples relating to criticism of the Israeli government were copied wholesale by the IHRA. It’s the very examples that Stern highlighted as problematic and open to abuse that are the ones the NEC chose to rework.

“A framework for eviscerating free speech”

Stern has been vocal about the dangers of misusing the examples for years [pdf, p32] – particularly in the academic arena. Stern argued that the examples could be used to shut down legitimate criticism [pdf, p14] of the Israeli government. He has clarified [pdf, p37] that they are not to be used as a framework for limiting free speech or institutional disciplinary processes:

It is a useful tool for identifying and analyzing antisemitism, and understanding when and how leaders should speak out against it, but was never meant to provide a framework for eviscerating free speech or academic freedom, let alone labelling anyone an antisemite.

In 2016, [paywall] Stern wrote an op-ed in the New York Times. He was responding to news that universities intended to adopt the definition:

The definition was intended for data collectors writing reports about antisemitism in Europe. It was never supposed to curtail speech on campus.

Some right-wing Jewish groups, and individuals, have tried to overstep the bounds of the clarification by filing Title VI cases arguing that the Boycott, Divestment and Sanctions movement against Israel, educational programs about the occupation of the West Bank, and anti-Israel classroom texts and speakers transgressed the definition and were evidence of a Title VI violation. All the cases lost.

Stern echoed these concerns in 2017 [pdf, p14]. He criticised the wholesale adoption of the definition and the effect it would have on limiting political discourse and debate:

And they will be right.

He also cited recent examples of the definitions being weaponised and used to stifle political debate in UK universities. These events occurred after the country adopted the IHRA definition in 2016. Stern described [pdf, p14] the effect using the examples had on free speech as “chilling and McCarthy-like”.

The members of the NEC who drafted Labour’s code of conduct share Stern’s concerns. In an opinion piece published by the Guardian, Momentum leader and NEC member Jon Lansman said:

It cannot be right that one vaguely worded subset of one IHRA example can deny other oppressed groups their right to speak about their own oppression. That doesn’t mean that there aren’t contexts in which claims about Israel being a racist endeavour are antisemitic or made with antisemitic intent. But the IHRA’s wording is not sufficiently clear. Labour’s code of conduct provides the necessary explanation to ensure that legitimate criticism of Israeli policies is not silenced, while not tolerating comments which deny Jewish people the right to self-determination or hold Israel to unfair standards not expected of other states.

In response to criticism, Lansman argued that the NEC’s draft was an enhancement of the IHRA’s definition:

Far from lowering the bar for what constitutes antisemitism, this code lifts it. It requires a higher standard of behaviour than the IHRA examples do. Labour’s code should be seen as the new gold standard.

A work in progress

The IHRA’s definition of antisemitism is based on what was meant to be a work in progress. A living document that was designed by its authors to be built upon and expanded. The NEC’s adjustments to examples found within the IHRA definition are crucial, as they differentiate between legitimate criticism of Isreal and criticism motivated by antisemitism. Furthermore, the NEC’s attempts to clarify the definition is consistent with the aims of the documents original author.

– Campaign with Free Speech on Israel. And share your concerns about Israel’s crimes with your national or local politicians.