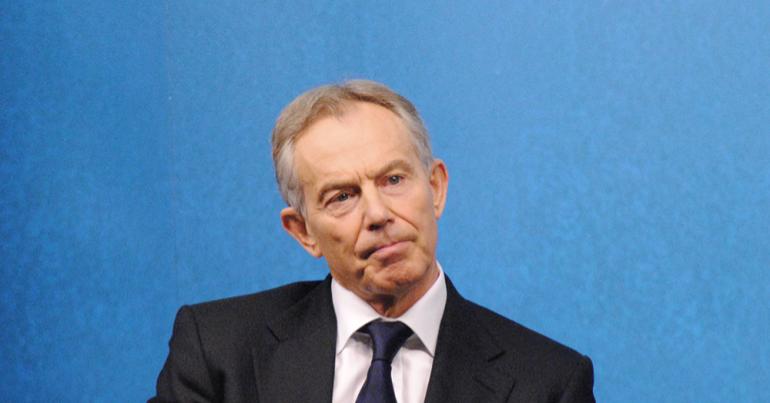 Tony Blair has come under fire over secretive dealings with a human rights abusing country. On 22 July, it was revealed [paywall] that the former prime minister made a £9m deal to advise the Saudi Arabian government through his institute.

According to the Sunday Telegraph, payments were made via a Guernsey registered firm which is a subsidiary of the Saudi Research and Marketing Group.

Blair has been criticised over the dealings, coming just days after he slammed the falling trust in establishment politicians worldwide.

The Tony Blair Institute For Global Change made an agreement earlier in the year to support the Saudi ‘modernisation’ programme. The “not for profit” arrangement is said to be centred around the planned Vision 2030 reforms in the country.

Although the funding is not mentioned on the institute’s website, there is an article praising the Saudi crown prince, Mohammed bin Salman. The article claims that bin Salman showed a “level of conviction, clarity and coherence” in tackling Islamist extremism that the west should seek to “learn from”.

The former PM’s office said it was “under no duty to disclose donors or donations” and declined to give details on Blair’s discussions and meetings with Saudi royalty.

Blair’s choice of associates on the world stage has never been impeccable. But even by his standards, the Saudi regime comes with some baggage:

Really Tony Blair, how low can you go? The world's second-worst human rights abusing regime has bought you. While the dreadful suffering in #Yemen goes on, as do the beheadings and the treatment of women. https://t.co/yzg6TlnZ2m

Despite recent moves to make driving legal for women, Saudi Arabia remains one of the most dangerous countries for women in the world. Basic human rights across the population as a whole are suppressed brutally.

Outside the Kingdom, the Saudis are leading the coalition that is continuing to bomb Yemen.

Yemen remains one of the world’s largest humanitarian crisis zones. Agencies have estimated that at least 22 million people, three quarters of the nation’s population, are in desperate need of aid.

A spokesperson for the Tony Blair Institute said [paywall] that the former Labour leader did not privately profit from the deal. They claimed Blair would have supported the Saudi’s Vision 2030 project “irrespective of any donation”.

However, the secretive nature of the deal is unlikely to win Blair any plaudits. Just days ago on 19 July, the former prime minister slammed the narrative of “betrayal and grievance” towards politicians:

"The problem… is creating this thesis of betrayal and grievance around the fact that all politicians are frauds and liars and cheats… it ends up with Donald Trump" – Tony Blair on the rise of populism #newsnight pic.twitter.com/8kLLNunq1D

It's astonishing how Blair can swing from 'don't lose faith in the professional political classes' to this without even the slightest understanding or acknowledgement of how the two might be related. https://t.co/skHHWfhoUc

Others claimed this was a “death knell” for this type of politics:

If people still, even after Iraq, think Tony Blair’s politics were good, this should chime the loudest death knell you’ll ever hear, @ChukaUmunna @ChrisLeslieMP @IanAustinMP

The Saudis, causing the largest humanitarian crisis today, are good employers according to your messiah. pic.twitter.com/HAu5LhOh82

As long as Blair tries to remain a part of the modern political discourse in this country, it’s important he’s held to account. Deals like this show the hypocrisy that lies behind his recent interventions.

If we’re to overcome the rise of far-right populism around the world, we need to move away from such political figures. His toxic legacy is one that no party should be clamouring to celebrate. Especially not one of the left.