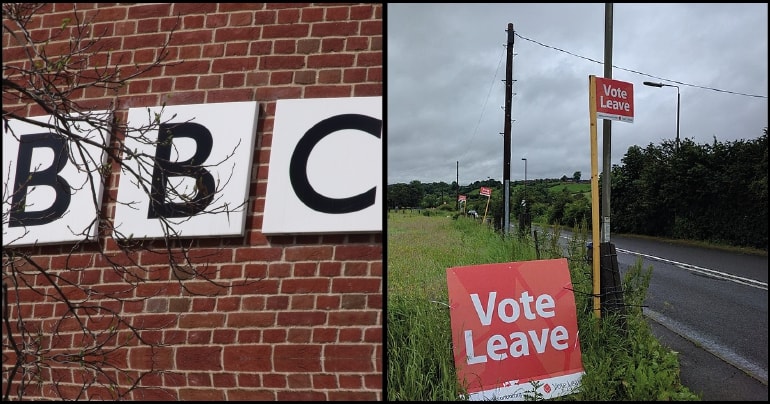 On 17 July, the Electoral Commission found that Vote Leave broke electoral law. It’s been fined £61,000, and referred to the police. But a BBC editor is under fire from an award winning journalist who is accusing him of discussing the matter in a manner that suggests the ruling is a matter of opinion.

"My understanding is that the @ElectoralCommUK refused to interview both Matthew Elliott and Dominic Cummings" @SuzanneEvans1 who was a Vote Leave board member #bbcdp pic.twitter.com/xAQjh4uIiN

Host Jo Coburn took Evans to task over this. Bizarrely, however, the issue was framed by the BBC as ‘Vote Leave allegations’. This is despite it coming after the Electoral Commissions verdict that Vote Leave broke the law: 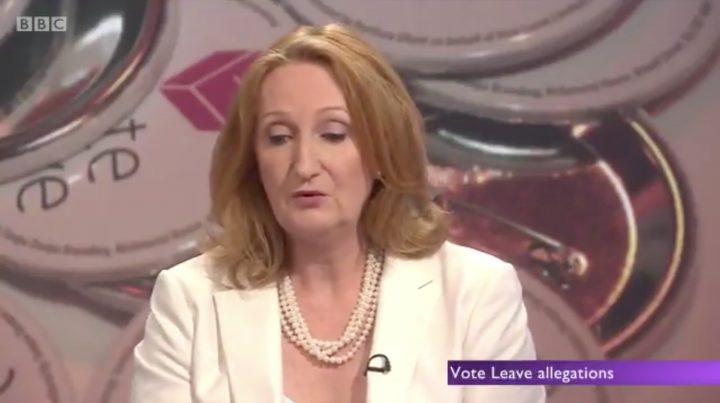 A BBC editor’s subsequent handling of the issue has attracted some criticism.

Rob Burley is the BBC‘s editor of live political programmes. He’s responsible for Daily Politics, Sunday Politics, This Week, The Andrew Marr Show, Westminster Hour, and Newswatch. He’s previously drawn criticism for comments he made about the need for balance on interview shows.

In this instance, Burley was responding to criticism from a viewer. Following Burley’s reply, Business Insider‘s Adam Bienkov had some questions: 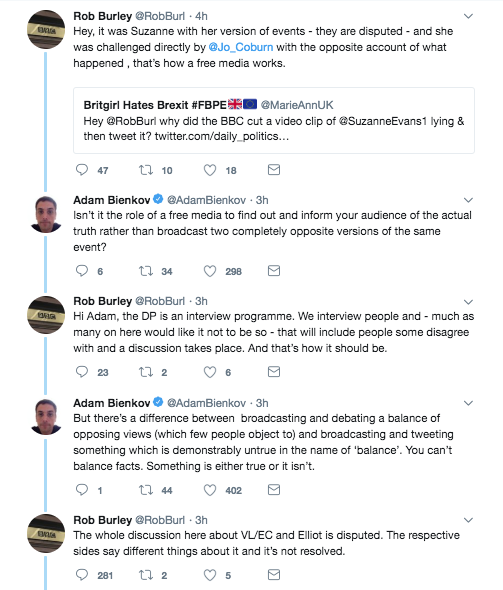 At this point, Carole Cadwalladr objected. Cadwalladr is the Guardian journalist responsible for much of the investigative work into Vote Leave’s illegality. She objected to the claim the issue is still disputed:

Agh!! No. This is the BBC's editor of live political programmes. It's not "disputed". The Electoral Commission is the legal regulator and it found Vote Leave had broken the law. That's like calling a murder verdict "disputed". The murderer might dispute it but he's still guilty https://t.co/L0EBbDmI8f

Bienkov also objected. And when Burley claimed to be talking about an “unresolved” matter, Cadwalladr claimed this wasn’t the case: 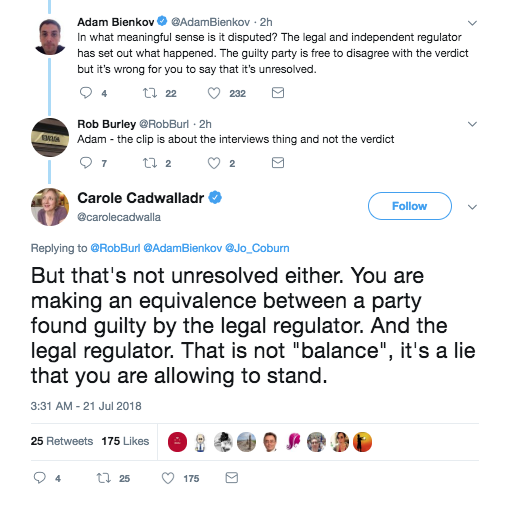 Burley objected to this, pointing back to Coburn challenging Evans in the clip:

Coburn did challenge Evans in the interview. But Burley has publicly claimed that the debate Evans raised is “not resolved”. This is at odds with the findings [pdf] of the Electoral Commission:

That is all covered in the Electoral Commission report and verdict. You can read the relevant sections here. Again this isn’t unresolved. The independent regulator has set out what happened. pic.twitter.com/A9pKPYwkCF

As others have pointed out, ‘balance’ does not mean presenting opposing sides as equal even after one has been found to be at fault. And for anyone still confused, a senior law lecturer has prepared this handy guide: