There's one big election story that hardly anyone's talking about. But they really should be. - The Canary 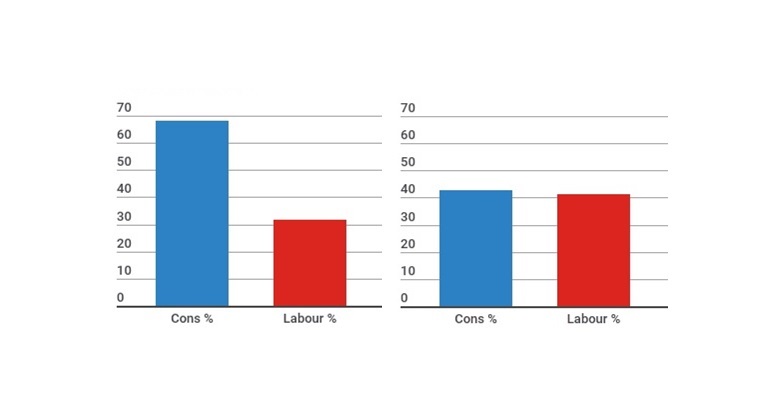 There’s one big story that hardly anyone’s been talking about in the aftermath of the recent local elections. But it’s a story of the utmost importance for all of us.

The Electoral Reform Society has been a real critic of Britain’s democratic deficit. And after the recent English elections, it tweeted:

England’s voting system is totally bust – and creates local one party states. It’s time for a democratic system where seats match how we actually vote

As this week's local election results show, our broken voting system is failing to deliver a proportional result, drowning out voices of millions of voters.

It's time England & Wales caught up with Scotland & Northern Ireland and made every vote matter. https://t.co/ngpwn9oDjW

Seeing countless examples of disproportionate election results last night. It's time for England to adopt a truly democratic voting system for local elections – as Scotland did in 2007 #LocalElections2018

Now, the independent campaigning organisation has given The Canary permission to share some images which really reveal how much England’s electoral system let voters down last week.

In Westminster, for example, the amount of Conservative seats far outweighed the number of Conservative votes. In fact, there was a net ‘progressive’ majority as far as votes were concerned. But the Tories still dominate the council.

As a spokesperson from campaign group Make Votes Matter (MVM) told The Canary:

Once again, local elections have highlighted just how unrepresentative our First Past the Post electoral system is. Local authorities across the country now face being governed by councils that simply do not reflect the voters.

One shocking – but by no means rare – outcome is the City of Westminster Council. The Conservatives won 43% of the vote and Labour won 41% of the vote. Yet the Tories claimed 68% of seats to Labour’s 32%. Voters for third parties are not represented whatsoever.

Labour won the vote in Wandsworth – narrowly beating the Conservatives by about a thousand votes. But First Past the Post fails at even the most basic test of a voting system: making sure the party with most votes wins the most seats. As a result, the Tories retained a decisive majority, with 33 seats to Labour’s 26.

And it’s not just progressive parties that suffer, either

To be fair, even the Conservatives suffer as a result of our anti-democratic system, as we can see in the images below:

We all deserve so much better

The reality across the board, then, is that votes simply don’t match seats. And the accurate representation of voters’ opinions suffers as a result.

But it doesn’t stop there. As The Canary reported on 5 May, ‘voter ID’ trials during England’s local elections prevented thousands of people from voting. The Electoral Reform Society has described the programme as “a draconian policy ‘solution’ in search of a problem” and as “a sledgehammer to crack a nut“. The reason? The number of people ‘turned away’ on 3 May far outweighed the amount of fraud allegations last year, “by a factor of 142“.

The government in Westminster may preach about democracy around the world. But if it really respects democratic principles, it should look a lot closer to home first.

– See more from Make Votes Matter – and if you’re a Labour Party member, you can invite a proportional representation speaker to your local branch meetings here.

– Join The Canary, so we can keep holding anti-democratic elites to account.