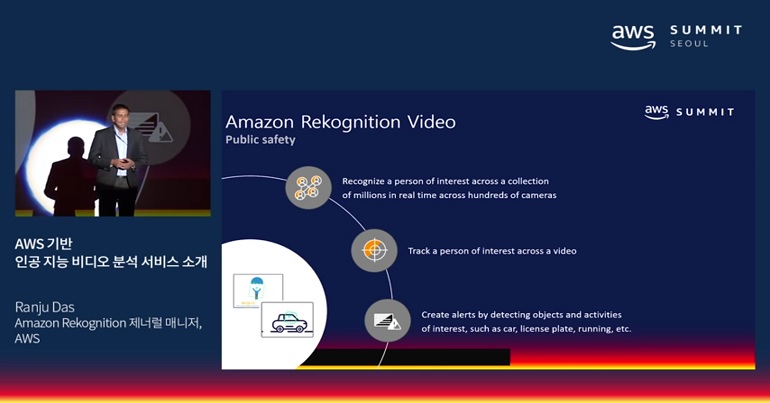 The American Civil Liberties Union (ACLU) has revealed that Amazon has been test-piloting a facial recognition system, in collaboration with law enforcement and state authorities. This latest development in the age of surveillance capitalism sees the emergence of an incredibly sophisticated system that can detect “people”, “objects”, “licence plates”, “inappropriate content”, and even “emotions” in real time and be used en mass in public.

Amazon already operates a $600m contract for the CIA storing data in its cloud.

As of 23 May 2018, Forbes lists the founder and CEO of Amazon, Jeff Bezos, as one of the richest people on Earth, with a net worth of around $132bn.

Bezos also owns the Washington Post and sits on the US Pentagon’s Defense Innovation Advisory Board.

Among the key features of Rekognition are facial analysis and ‘person tracking’.

The panopticon as “public safety”

The revelations by the ACLU show that Amazon lists the city of Orlando, Florida, and a county sheriff’s office in Oregon as two major customers.

Amazon also encourages the use of police body cameras with Rekognition.

The ACLU warns that using facial recognition with body cameras:

would fully transform devices intended for government accountability into widespread surveillance devices aimed at the public.

Welcome to Surveillance Valley. The line between government and private spying — it does not exist. https://t.co/pZfNK6tWkN

Amazon says Rekognition is “continually learning”, and it can monitor:

all faces in group photos, crowded events, and public places such as airports

and that it can:

A coalition of human rights organisations have published a letter [pdf] to Bezos, demanding:

But scholar Shoshana Zuboff warned in 2016 that:

demanding privacy from surveillance capitalists or lobbying for an end to commercial surveillance on the Internet is like asking Henry Ford to make each Model T by hand. It’s like asking a giraffe to shorten its neck or a cow to give up chewing. Such demands are existential threats that violate the basic mechanisms of the entity’s survival. How can we expect companies whose economic existence depends upon behavioral surplus to cease capturing behavioral data voluntarily? It’s like asking for suicide.

The Canary reached out to Amazon UK to determine whether similar programmes are being implemented in the UK or elsewhere in Europe, but Amazon did not respond by time of publication.

What should be clear is that the surveillance state is neither simply the government nor the private sector; it is both. And nothing short of decisive and collective action will reverse this threat to freedom and democracy everywhere.

– Write to your MP and demand the government disclose any and all use of facial recognition software by public bodies.