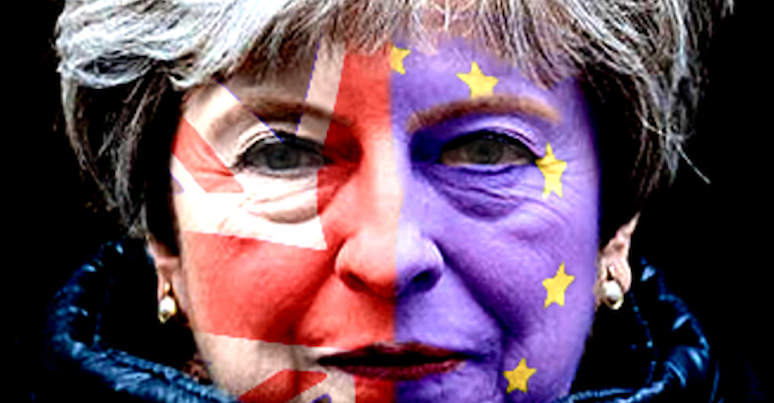 On 12 June, fifteen key Brexit amendments set by the House of Lords come up for debate in the Commons.

On the day of the vote, justice minister Dr Phillip Lee announced his resignation on the grounds he could not vote with the government against these EU (Withdrawal) Bill amendments. And there’s also speculation he may not be the only one.

Ahead of his formal resignation letter, he issued a series of tweets outlining his position:

I am incredibly sad to have had to announce my resignation as a minister in Her Majesty’s Government so that I can better speak up for my constituents and country over how Brexit is currently being delivered. Statement to follow shortly on my website.

And his position was critical of Theresa May and her government’s approach to Brexit:

If, in the future, I am to look my children in the eye and honestly say that I did my best for them I cannot, in all good conscience, support how our country’s current exit from the EU looks set to be delivered.

If Brexit is worth doing, then it is certainly worth doing well; regardless of how long that takes.

One of his key points is support for an amendment that will give parliament a final say in the Brexit vote:

When MPs vote on the House of Lords’ amendments to the EU Withdrawal Bill I will support the amendment which will empower Parliament to reject a bad deal and direct the Government to re-enter discussions. For me, this is about the important principle of Parliamentary sovereignty

He said resigning was a “last resort”:

For me, resigning is a last resort – not something that I want to do but something I feel I must do because, for me, such a serious principle is being breached that I would find it hard to live with myself afterwards if I let it pass.

According to some, his resignation pinpoints the dangers of the Brexit deal May’s government will try to push through:

Philip Lee resignation video confirms now ex-minister will vote against Government this afternoon on meaningful vote, says Government wants to offer “fake choice” between bad deal and even worse, cannot countenance being part of a choice like that. pic.twitter.com/q62UQTdjSo

Following Lee’s resignation, rumours emerged suggesting he may not be the only one:

The editor of the right-wing Guido Fawkes blog joined in:

A guest at Bright Blue’s conference says they overheard Philip Lee talking on the phone after he resigned, claiming other ministerial colleagues will follow

And so did Labour peer Andrew Adonis:

Philip Lee’s resignation big. I’ve been predicting for some time that anti-Brexit ministers would start resigning. There are more to come

And apparently the news has ruffled supporters of a hard Brexit, favoured by Boris Johnson and others:

Just told Tory MP close to Boris Johnson about Philip Lee's resignation while sharing a lift. He was so stunned he got off at the wrong floor.

Lee’s resignation could cause issues if the government tries to impose a three-line whip:

One of the Tory "mutineers" tells me he'll be voting with the Government on the meaningful vote later. But Philip Lee resignation throws the govt whips' maths into chaos.

Most important poss consequence of Philip Lee resignation – if a bloke gives up his ministerial career over it, wavering backbenchers (with much less to lose) under greater pressure to actually join the rebellion on meaningful vote.

Following the Windrush scandal, the government’s policy on human rights is a major concern. So many, including Green MP Caroline Lucas, think it’s vital that we remain committed to supporting human rights in the UK after Brexit:

A justice minister has resigned over human rights concerns. Can't think of a more damning, and worrying, indication of what's wrong with the Government's #Brexit plans. https://t.co/G7R56dXDkF

However, Lee’s voting record should remind us all that he’s not exactly a hero either.

But the amendments go further, and also include:

The right-wing press has gone to town over these votes. But that really just shows how important they are:

Tuesday’s Daily EXPRESS: “IGNORE THE WILL OF THE PEOPLE AT YOUR PERIL” #bbcpapers #tomorrowspaperstoday pic.twitter.com/kZCSQ3CrZK

Lee’s resignation is significant, and many are watching to see if other Tories might follow and vote against May’s government. But it’s possible that we might, finally, see democracy in action amid the Brexit chaos.

And, perhaps, this could be enough to topple May’s weak hold on power.

Time to get the popcorn…