With one reckless tweet, Alastair Campbell accidentally reminds everyone why the Labour right is finished - Canary 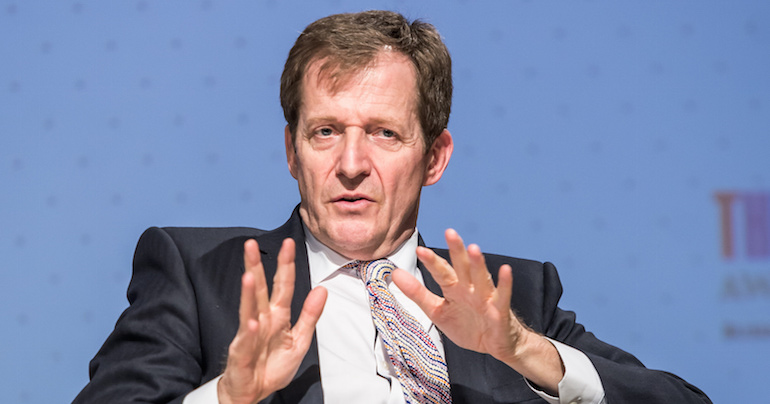 Tony Blair’s former director of communications, Alastair Campbell, sent out a reckless tweet on the morning of 12 June. Addressing Arron Banks, who is accused of taking money from Russia to fund his Leave.EU campaign, Campbell wrote:

As opposed to destroying a country on false pretences you muppet https://t.co/yNGOzhospB

Campbell, ‘editor-at-large‘ of the pro-Remain New European, was talking about Brexit. But people on Twitter pointed out the obvious:

Some might say brexiteers "sexed up" a "dodgy dossier" in which they warned the EU could "launch WMDs in 45 minutes" oh no wait that was you wasn't it?

True, that would be bad..You sure know about it, right, Mr Campbell?? pic.twitter.com/fxEuNHODxc

Destroying countries on false pretences is *bad* now? I'm getting to old to keep up with this shit.

“Destroying a country on false pretences”

Campbell, of course, was Tony Blair’s spin doctor when the New Labour government invaded Iraq, with catastrophic consequences. As The Canary previously reported, the US-led invasion killed more than half a million Iraqis – and:

Iraq is still burning. The country is riven with sectarian violence, while (predominantly) US companies continue to plunder its public assets… An entire generation of men, women and children in the Middle East have paid the price for this folly. So have victims of terror attacks across the world.

The case for war was based on a ‘dodgy dossier’ which claimed Saddam Hussein was capable of deploying weapons of mass destruction in 45 minutes. It was a lie. According to Sir John Chilcot, who led the inquiry into the invasion, the judgements in the dossier:

were presented with a certainty that was not justified.

Campbell claims the Chilcot Inquiry vindicated him of ‘sexing up’ the intelligence in the dossier. But the evidence the inquiry released about Blair’s media strategy was damning. As The Canary reported at the time, it revealed how New Labour had manipulated the news agenda so it could take the country to war. And BuzzFeed published memos that showed exactly how Blair’s head of press spun the case for invasion.

The downfall of the Labour right

Blair ignored the majority of Britons and dragged the country into war. And Blairism ended up losing the Labour Party millions of voters and two general elections. Campbell was instrumental in that. As shadow chancellor John McDonnell said back in 2016, when the former spin doctor argued for a return to New Labour policies:

You’re the person, above all else, who actually created a political environment where no one believed a word a politician said

Campbell’s tweet also reveals a defining characteristic of the Labour right: a staggering lack of self-awareness. If Campbell had really understood the depth of fury at the Blair government’s senseless killing of Iraqi people and destruction of their country, he would never have hit send. But he did, and that speaks volumes.

– See more from The Canary on the Chilcot inquiry, the invasion of Iraq, and Daesh (Isis/Isil).