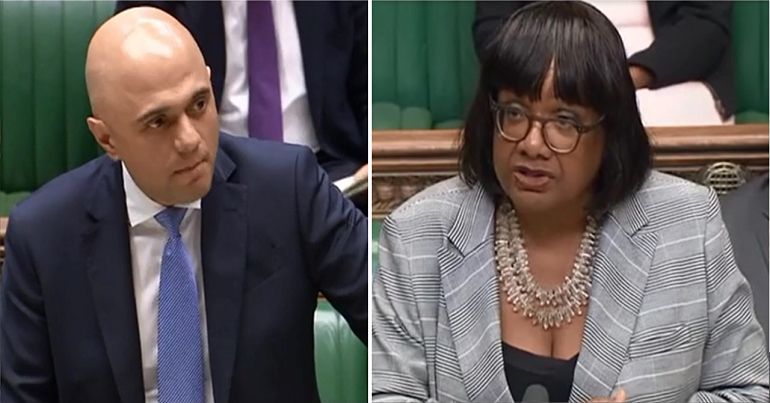 On 11 June, parliament discussed the counter-terrorism and border security bill in a Commons chamber that was almost entirely empty. The Canary counted approximately 33 MPs present during the second reading (and first debate) of the latest terror bill. 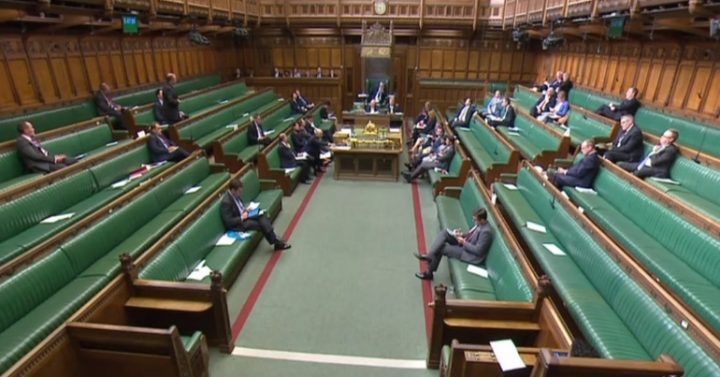 The only real pushback came from shadow home secretary Diane Abbott, who slammed the ineffectiveness of the government’s ‘counter-radicalisation’ strategy, known as Prevent.

The Canary has previously detailed how this bill expands on the draconian powers given by legislation such as the Terrorism Act 2000. This point was also raised by Abbott.

The CT Bill does not contain a single new terrorist offence… we have sufficient offences and do not need any more.

But the criminalisation of once perfectly lawful speech and activity is further expanded by this bill.

Abbott warned that the bill:

allows the retention of biometric data on anyone arrested, including DNA and fingerprints, even if they are mistakenly or even unlawfully arrested. There are already abuses of the national police database, which ​the Government have failed to correct. The state has no business keeping records on people who are not criminals.

It is an essential part of our liberty that we can go about our day-to-day lives unhindered by state agencies. That is not the case if the state can retain data on all of us. It is an even greater breach of our civil liberties if the retention is done without our knowledge.

These concerns were partially dismissed by Conservative MP Kevin Foster who said:

We would not say that details should be destroyed immediately merely because an offence was not proceeded with. I accept that this needs to be balanced with the fact that those who are wholly innocent should not think that their data will always be on a database. … Clearly, it would not be sensible to throw away potentially valuable evidence that might at a later stage allow us to proceed on an offence.

We should celebrate …because DNA profiling is now used by 120 countries around the world, and 54 of them have DNA databases.

Prevent is a ‘tainted brand’

Successive governments have pushed the Prevent surveillance and ‘counter-radicalisation’ programme.

proposes extending the Prevent strategy by allowing local authorities, as well as the police, to refer people to the Prevent programme. Let me be clear that there will always be a need for a programme that does what Prevent purports to do.

I have no doubt that there is some good work being done in the name of Prevent, but Prevent as a whole is a tainted brand

Abbott then dropped a bombshell that has yet to be publicly discussed:

Labour is committed to a thorough review of the Prevent programme, which we believe is currently not fit for purpose. In the interests of transparency and accurate evidence-based policy making, I call on the Home Secretary today to publish the research by the Behavioural Insights Team, which has been so widely reported and seems to run counter to the claims made for the success of these programmes.

We have debated Prevent. Ultimately, the motivation behind this type of behaviour does not matter.

Research by the Transnational Institute suggests that counter-terrorism programmes may be harming efforts to build peace:

There is a growing consensus that laws prohibiting support to listed entities [“terrorist” groups] have contributed to a ‘shrinking space’ for those seeking to establish the conditions conducive to peace.

Furthermore, the government’s self-proclaimed ‘counter-radicalisation’ strategy – Prevent – has been repeatedly debunked even before Abbott’s bombshell revelations.

Given the rather lacklustre showing in parliament and the nearly non-existent critique in the press, any real opposition to this latest bill will have to come from the public at large.

– Write to your MP and demand they oppose the 2018 terrorism bill.

Featured image and image in article via screenshots