Don't believe Esther McVey. The latest employment statistics are not a success story for the DWP. - Canary 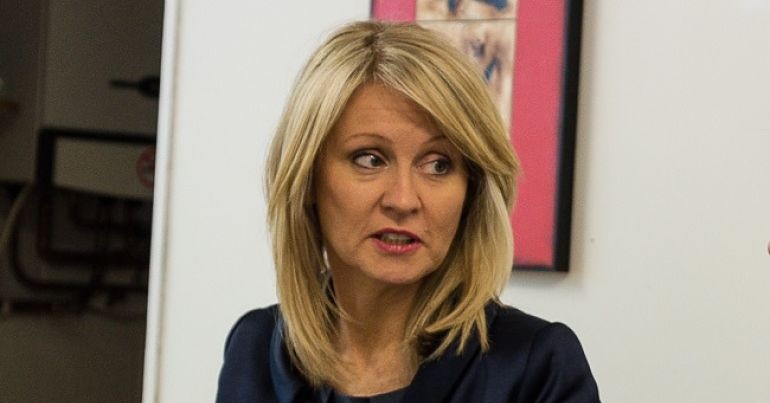 On 12 June, the Office for National Statistics published employment statistics for February to April 2018.

Work and pensions secretary Esther McVey has declared the increasing number of people in work “a great British success story”. But the truth is that the stagnation of wages means this is not a cause for celebration.

McVey was over the moon about the latest statistics. Responding to the news that the official unemployment rate is down 0.4% to 4.2%, McVey stated:

The employment rate has never been higher – with over 3.3 million people moving into work since 2010. It’s a great British success story with businesses from Exeter to Edinburgh creating jobs – helping, on average 1,000 people find a job each and every day since 2010.

However, not everyone is in agreement. As Welfare Weekly reported, shadow work and pensions secretary Margaret Greenwood highlighted the effect of wage stagnation on those in employment:

Behind the headline figures on employment rates, people are being failed by this Conservative Government.

A fall in unemployment is welcome, but people are still earning less than they did in 2010, and up to 10 million people are stuck in insecure work.

With household borrowing rocketing and inflation eating into any limited pay growth, it is shameful that the Conservatives continue to sit on their hands while people are clearly struggling to get by.

McVey is often quick to shout from the rooftops when unemployment drops. But if work isn’t helping people out of poverty, then employment statistics stop being a key indicator of the health of society.

The number of children growing up in poverty in working households is set to be 1 million (+50%) higher this year than in 2010.

This equates to 3.1 million children growing up in poverty despite at least one of their parents being in work.

This is not surprising. The Resolution Foundation estimates that “average annual earnings [are] still almost £800 a year lower than they were a decade ago”. And the government estimates that average real earnings will be £1,733 less in 2021 than was initially forecast in November 2016.

Years of falling incomes and benefit cuts have had a terrible human cost. Millions of parents are struggling to feed and clothe their kids. The government is in denial about how many working families just can’t make ends meet.

McVey’s hailing of a modest drop in unemployment as “a great British success story” is worrying. She has chosen to ignore the issue of wage stagnation despite child poverty in working families increasing by almost 50% since 2010.

At best, McVey’s reaction indicates that the DWP is completely out of touch with the reality of living in a low-income household. At worst, it’s indicative of the DWP’s ideological commitment to pushing people into work at all costs.

Either way, there is no cause for celebration.