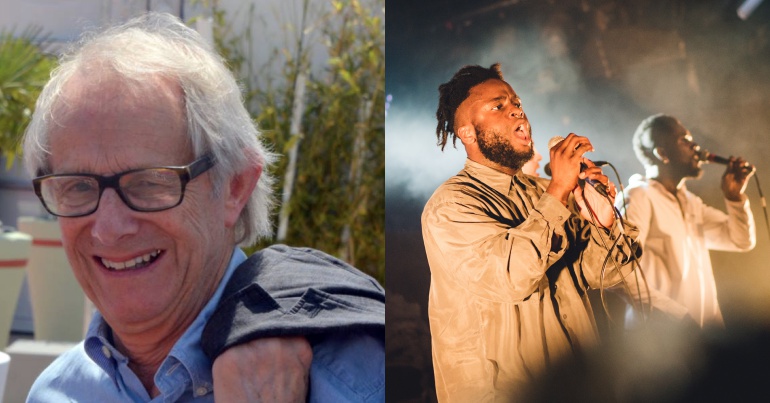 A Scottish band, the Young Fathers, has been bullied to drop its support for Palestinian human rights. But support for its refusal to bow to this pressure is growing. And internationally renowned artists, actors, and activists – including director Ken Loach – stand in solidarity.

This all comes amid a push to raise awareness of Israel’s treatment of Palestinians following its recent massacre of protesters in Gaza.

The Ruhrtriennale music festival in Germany has threatened to cancel a Young Fathers performance in August “unless they publicly renounce the boycott, divestment and sanctions (BDS) movement for Palestinian rights”.

The Palestinian Campaign for the Academic and Cultural Boycott of Israel (PACBI) called this move “McCarthyite“:

Solidarity with top UK group @Youngfathers after @ruhrtriennale festival in Germany demands they distance themselves from the Palestinian-led BDS movement for human rights before their performance can go ahead. NO to McCarthyite political testing #freespeech pic.twitter.com/4ahvxo6vtd

PACBI is integral in leading the BDS movement, which is a “Palestinian-led movement for freedom, justice and equality” which “upholds the simple principle that Palestinians are entitled to the same rights as the rest of humanity”.

According to Electronic Intifada:

It appears that Young Fathers is being targeted because it is one of a number of acts that withdrew from last year’s Pop-Kultur Festival in Berlin, over that festival’s acceptance of sponsorship from the Israeli embassy.

Conflating opposition to Israeli policies – illegal settlements, ethnic cleansing, apartheid, etc. – with anti-Jewish bigotry is a form of anti-Palestinian racism that is intended to silence critics of Israel.

Support for the Young Fathers, meanwhile, is growing.

The hashtag #SupportYoungFathers is pulling support from international artists, because there’s a growing movement which opposes Israel’s treatment of Palestinians.

Loach also joined hundreds of public figures this week in speaking out against Israeli plans to “forcibly transfer thousands of Palestinians” in the West Bank.

Others who have shown support for the Young Fathers include Harry Potter actor Miriam Margolyes, artist and writer Molly Crabapple, and Sonic Youth guitarist Thurston Moore:

PACBI has also been key in leading a cultural boycott of Israel because as it explains:

Celebrities, sports people, and artists can easily become complicit in this propaganda because:

they help to create the false impression that Israel is a “normal” country like any other. The absolute majority of Palestinian writers, artists and cultural centers have [also] endorsed the cultural boycott of Israel.

Shakira recently pulled out of a gig in Israel, and Argentina’s football team also cancelled a ‘friendly match’. Support and awareness for BDS is clearly growing:

As more celebrities and public figures follow their conscience and stand with our struggle for freedom, justice and equality, the scales are tipping for Palestinian rights. https://t.co/mcI8HfaQAX pic.twitter.com/d3WPQcVhzf

There is a long way to go – the situation in Gaza is horrific and Palestinians all over face discrimination on a daily basis. But there are signs of hope as the cultural boycott grows:

Artists are endorsing the cultural boycott of Israel en masse after Israel’s massacre of Palestinians in Gaza. Israel may be drunk with impunity, but like apartheid South Africa after the Sharpeville massacre, Israel is being held accountable for its crimes. #ArtistsForPalestine pic.twitter.com/vQp7gqcPJy

The more we stand in solidarity with groups like the Young Fathers, the more this movement will grow. And as it grows, Israel will find it harder to hide its crimes from the world.

– If you are an artist, add your name to the Artists Pledge for Palestine.