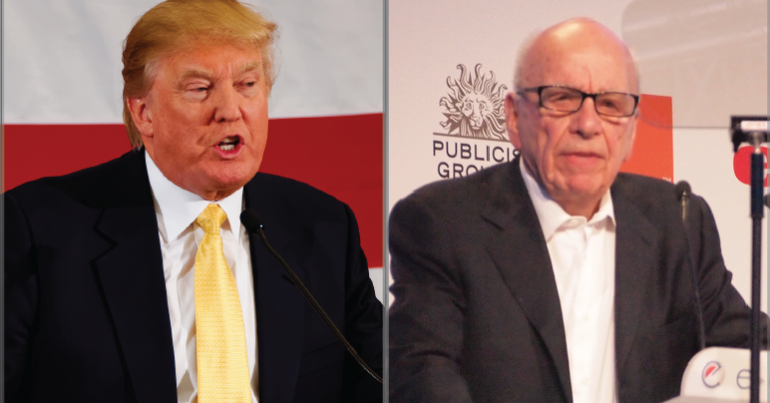 Rupert Murdoch’s Fox News has always had a strong right-wing bias. So it’s no surprise that it was the main source of information for almost half of the people who voted for Donald Trump in 2016. But since then, it’s moved beyond bias into pure propaganda. And its coverage of recent events has demonstrated that perfectly.

The world has been shocked by news of traumatised immigrant children being separated from their parents and kept in detention cages. There have also been allegations of assault and forced drugging.

If you went out and you robbed a bank, and you’ve got your kids in the car when they catch you, [the authorities are] going to take the kids.

DHS Secy Nielsen sets the record straight, saying there is no ‘policy of separating families at the border’ pic.twitter.com/vY8VRUP5Ux

Fellow co-host Brian Kilmeade suggested that – ‘in his neighbourhood’ – many immigrant kids “turn into MS-13” (a group dubbed by some as “the most dangerous gang in the world”).

Trump himself, meanwhile, has long employed smear tactics to attack immigrants. He ignores the fact that most people who flee to the US do so to escape “gang violence and poverty” rooted in decades of violent US intervention in Latin America. And instead, he smears those who migrate as ‘criminals and rapists‘ and likens them to vermin, saying they’ll “infest” the US.

When Fox News isn’t trying to defend the indefensible from Trump, it simply copies the president’s cynical and deceitful tactic of deflecting blame for his own heartless policies onto his Democratic opponents.

Another example of Fox‘s pro-Trump propaganda came amid the president’s recent talks with North Korea’s Kim Jong-un. The similarities between North Korean propaganda and Fox News propaganda were clear:

For proof that Fox News doesn’t always talk about such issues in this way, just look at how it covered Barack Obama’s promise to do the same thing Trump has now done:

Everything wrong with Fox News in one video

The propaganda of the rich and powerful

All media outlets – however hard they try – will always have some level of political bias. But few are as shameless, hypocritical, and sycophantic as Rupert Murdoch’s Fox News.

Today, Trump has his very own propaganda machine. And it’s a machine that needs challenging just as much as his record.

– The Canary actively invites its readers to question everything they read. So please follow the hyperlinks we reference. And always search for more information if unsure. But if you believe in the importance of independent, grassroots media in the fight against corporate propaganda, please consider supporting us.

– Also check out the Media Reform Coalition for information on Rupert Murdoch’s role in the UK media.