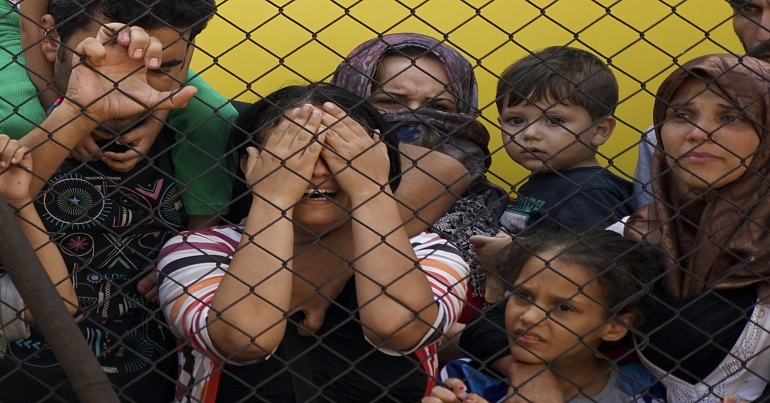 Hungary is taking Donald Trump’s anti-immigrant stance to the next level of hatred. The country has launched a new crackdown on civil society groups and immigrants, with its parliament passing a series of rules criminalising groups and individuals that support refugees and undocumented migrants. And it passed overwhelmingly, with 160 in favour and only 18 against.

The legislative package was labelled ‘Stop Soros‘. George Soros is a Hungarian-American billionaire and philanthropist who is known for giving money to immigrant rights groups, among others. He has also become the subject of numerous far-right conspiracy theories.

This package passed – on World Refugee Day no less – despite immense opposition from the UN and the EU.

criminalizing essential and legitimate human rights work is a brazen attack on people seeking safe haven from persecution and those who carry out admirable work to help them.

Those who fall foul of the law can face up to 1 year in prison.

Nothing new in Hungary

Hungary’s position on people fleeing extreme poverty and violence has been iron-fisted since at least 2015. And in 2017, the Hungarian parliament voted to concentrate refugees into ‘detention camps‘.

In March 2018, Orban claimed that EU requirements for Hungary to house 10,000 refugees and migrants would “crush the country” financially.

According to Amnesty, despite losing a case at the European Court of Justice, Hungary:

continued to refuse to relocate any of its minimum quota of 1,294 asylum-seekers, or to participate in other regional solidarity mechanisms. By the end of the year, it had not resettled or relocated anyone.

Hungarian statistics show 3,555 refugees living in Hungary, a country of 10 million, as of April. Only 342 people were registered as asylum seekers in the first four months of this year, mostly from the Middle East, and 279 were approved.

Nativist, anti-immigrant, and anti-Muslim policies and sentiment are on the rise not only in Europe, but across the world – with Donald Trump’s detention of immigrant children recently grabbing significant attention. This wave is by no means new. But Hungary is definitely at the more extreme end of this developing phenomenon.

– Learn more about far-right and fascist activities in the UK.