The Scottish Sun newspaper decided to feature a tweet from a Scottish Twitter user in one of its stories. But this chap was less than impressed that the right-wing paper would make money from him indirectly. So he decided to play a little trick that turned into a giant ‘fuck you’.

Twitter user ‘Findlay’ had posted an image online of a nearby building ablaze in the current heatwave. The Scottish Sun leapt on the tweet for one of its stories:

Once he was sure it was all working as planned, Findlay shared his act of rebellion on Twitter.

The Sun used ma picture so its a name change just noo pic.twitter.com/Er493RaYwX

He instantly became something of a national hero. 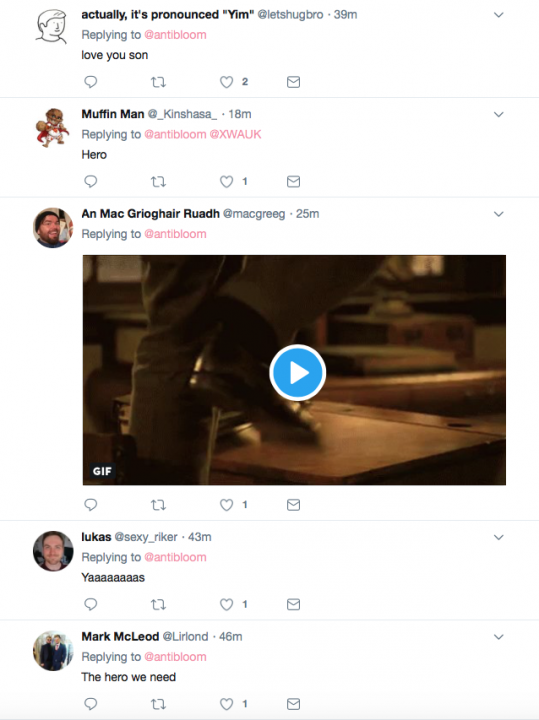 Unfortunately, the Scottish Sun caught on eventually and called time on the protest. But as Findlay points out, it was fun while it lasted. 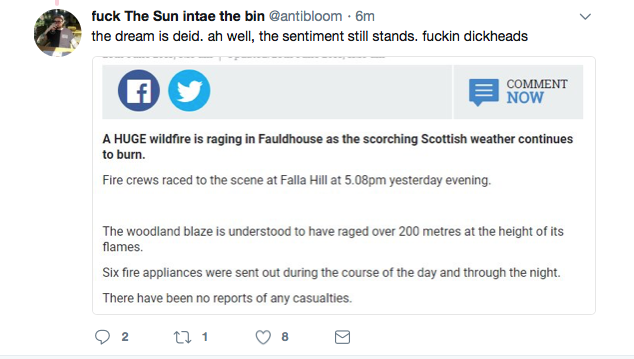 The Canary got in touch with Findlay, who wished to remain anonymous, to ask what inspired this protest. He told our reporter:

I hate the Sun so much. It’s everything wrong with Britain’s pride in its exploitation and hate of minorities. It’s a facsimile of middle-class propaganda repacked for working classes that unironically despises the working class. I hate it with my life and will take a week off work to rejoice when it goes under. Plus, doing this was just really funny to me.

Indeed. Couldn’t have put it better ourselves.