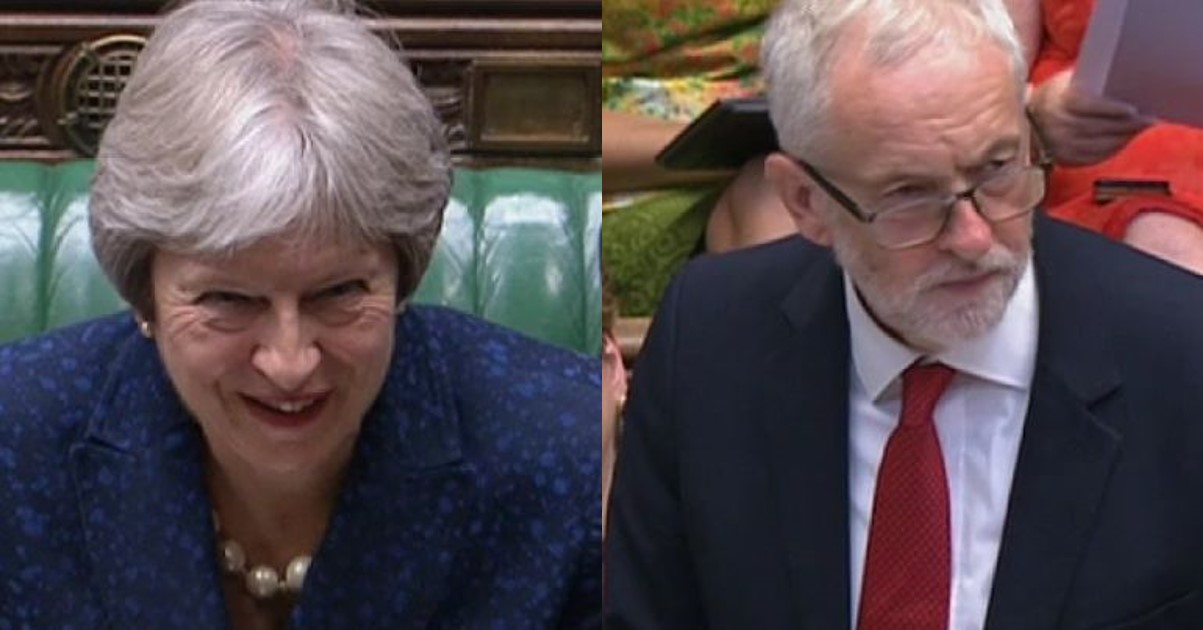 Jeremy Corbyn just tore into Theresa May and her government following a day of absolute chaos. And her response was to laugh hysterically.

At 3.30pm on 9 July, Britain’s beleaguered prime minister stood in front of fellow MPs. The house was full, with the scent of her resignation in the air. However, May proceeded to thank both Boris Johnson and David Davis for their service to government:

… before reiterating her belief in the government’s new Brexit plan:

But Jeremy Corbyn then launched a scathing attack on May and her government’s complete failings when it comes to Brexit:

We are over two years on from the referendum. Two years of soundbites, indecision and cabinet infighting, culminating in a series of wasted opportunities, with more and more people losing faith that this government is capable of delivering a good Brexit deal. And that is just within her own cabinet.

He then wondered what may happen in the future:

There are now only a few months left until these negotiations are supposed to conclude. We have a crisis in government, two secretaries of state have resigned, and still we’re no clearer on what the future relationship with our nearest neighbours and biggest partners will look like.

Corbyn then quipped as to why Davis and Johnson’s resignations took so long:

Jeremy Corbyn on Johnson and Davis: "I think they would have resigned on the spot on Friday, but they were faced with a very long walk, no phone and, due to government cuts, no bus service https://t.co/BcrzDo0wIM pic.twitter.com/5mcQrxI1HW

Despite being on the end of such a powerful attack, and with her position as prime minister hanging by a thread, May was openly laughing: 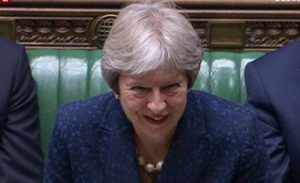 Why is May laughing? Under these circumstances it looks deranged.

Many thought this was shockingly insensitive:

What the fuck is @theresa_may laughing at? Her complete incompetence is destroying real people yet there she sits pissing herself laughing! #BrexitShambles #GE2018Now

On a day that could be the final nail in the coffin for her calamitous government, perhaps laughing is all May has left.

Her attempt to carry on as prime minister certainly feels like an ill-timed joke.