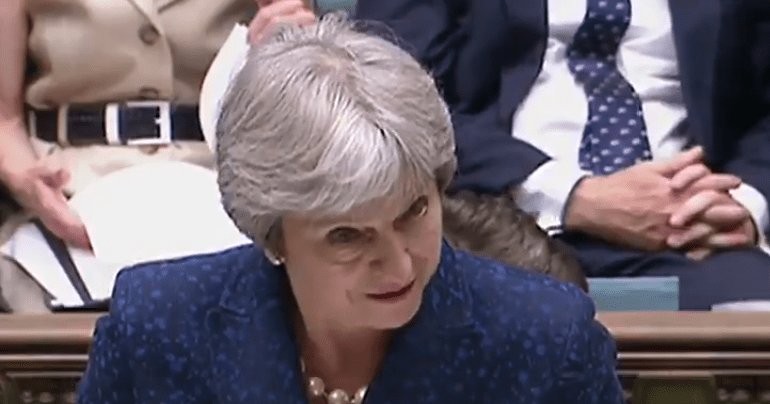 After the resignation of Brexit secretary David Davis, Boris Johnson followed suit less than 24 hours later. The outgoing cabinet ministers both claim they cannot support Theresa May’s proposals on a future relationship with the EU. This is because they believe these plans will water down Brexit.

In the House of Commons on 9 July, the prime minister tried to honour the ‘achievements’ of Johnson and Davis. But even her own Conservative benches couldn’t keep a straight face:

The sheer anti-diplomacy of Boris Johnson

May was desperate to smooth over the high-profile resignations of two cabinet ministers. Many believe the resignations could lead to a leadership challenge. If that’s the case, polling shows the public believes a general election is necessary.

Upon Johnson quitting, May sought to recognise:

the passion that the former foreign secretary demonstrated in promoting… a global Britain to the world as we leave the European Union.

A shambolic record for the former Brexit secretary

As well as talking Johnson up, May faced laughter as she tried to do the same for Davis:

I want to recognise the work of the former secretary of state for exiting the European Union for the work he did to establish a new department and steer through parliament some of the most important legislation for generations.

In December 2017, Davis admitted the government hadn’t actually done any systematic impact assessments on Brexit. That means Davis’s department hadn’t even tried to assess how Brexit would impact different sections of the British economy.

The closer you look at Davis’s record, the worse it gets. It was recently reported [paywall] that Davis spent only four hours in talks with his EU counterpart, Michel Barnier, in 2018.

The prime minister faced howls of laughter when trying to defend the records of two senior cabinet ministers. And it’s clear why – they’ve been utterly shambolic. What’s unclear is whether May will be able to survive the chaos.