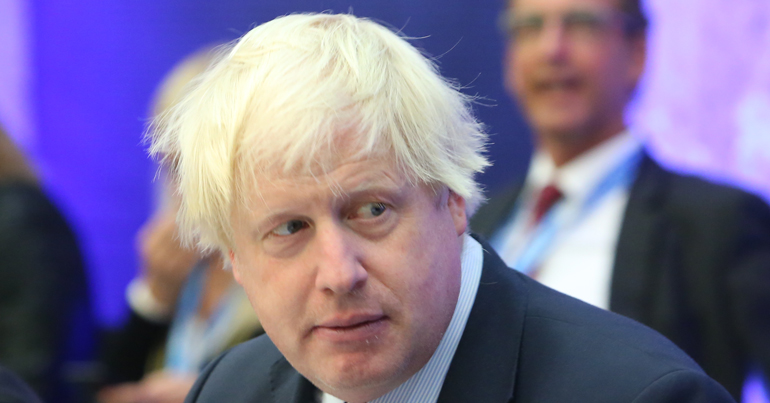 It was an exciting day in the corridors of power yesterday as not one but two members of the Tory eurosceptic wing resigned from their positions on the front bench. Hot on the heels of David Davis’s resignation as Brexit secretary, Boris Johnson followed suit. This has left the Conservative government in utter chaos.

Johnson’s time as foreign secretary has been (and we’re being generous here) far from stellar. Therefore, it’s hardly surprising that the online community was fairly united in its response.

Of course, one expects a salty response from the Twittersphere. But what about those who had the pleasure of working with Johnson during his time as foreign secretary? Would they have some kind words to share?

Well, we’ll let this tweet from John McKendrick speak for itself:

Meeting the worst Foreign Secretary we’ve ever had amongst the destruction of Hurricane Irma in Anguilla. Disinterested and out of his depth he cared nothing for our situation. Good riddance pic.twitter.com/udzzpoZ7OW

“The worst Foreign Secretary we’ve ever had”

We can’t imagine that this is the tribute Boris was hoping for. McKendrick serves as the attorney general for the island of Anguilla, a British overseas territory.

After news of Johnson’s resignation spread, he held nothing back. He described Johnson as “the worst Foreign Secretary we’ve ever had”. And he went on to say that Boris was “disinterested” and “out of his depth”. Perhaps in order to clarify that he did not intend to compliment Johnson with his use of the word “disinterested”, McKendrick later retweeted some text stating that “disinterested” can also mean “not interested”.

Arguably more damning, however, was his statement that Boris “cared nothing about our situation”. Johnson visited the island after it had been ravaged by Hurricane Irma in 2017.

Most people who witnessed Johnson’s stumbling attempts at diplomacy would see this as a perfectly apt summing up of his attributes. However, one Twitter user was offended by the tweet. So McKendrick offered this perfect response:

I’ll let you work on “tone” when you’ve lived without running water or power for 3 months without much FCO concern. And for the people of Anguilla it was worse. Much. M https://t.co/rHxUXWfZcB

Considering his history of insulting foreign nations and his basic ineptitude in his role as foreign secretary, Johnson’s resignation couldn’t come quickly enough. Hopefully, his successor Jeremy Hunt will put more energy into repairing foreign relations than he did into managing the NHS.