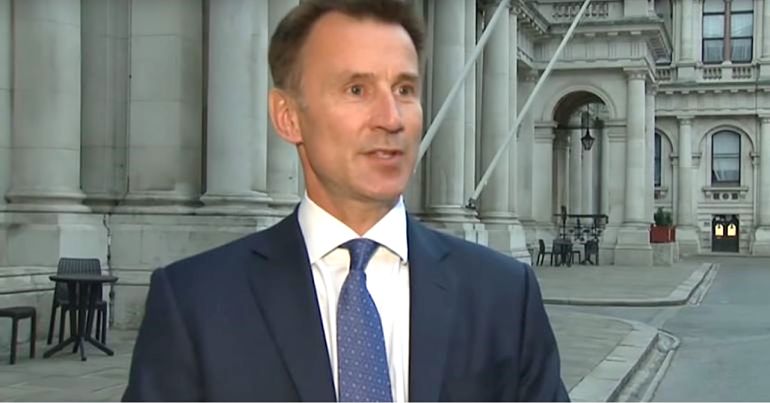 On 9 July, Theresa May appointed Jeremy Hunt as Britain’s new foreign secretary, ending his almost six-year stint as health secretary. Hunt then proceeded to tweet goodbye to the NHS:

Massive wrench for me to leave health – I know some staff haven’t found me the easiest Health Sec but the NHS, and particularly patient safety, has become my passion & it really was the greatest privilege of my life to serve for so many years

Bizarrely, a former adviser to the Labour Party was full of praise for Hunt’s work as health secretary:

You have earned the promotion

But thankfully, those with direct experience of Hunt’s legacy soon put the record straight:

Have you ever worked in the health service John? I'm a nurse, i have 20 years experience, I earn15% less in real terms than i did 8 years ago, ive seen the service decimated, my colleagues leave in droves, unable to support themselves despite working in horrendous conditions 1/2

We now have more work, less staff, longer waiting times, a recruitment nightmare, student nurses who cant afford to get to practice placement, so in what way was Hunt a good minister?

The Royal College of Nursing claims average pay for nurses has fallen by more than 14% in real terms since 2010.

Hunt brokered a new pay deal in March 2018. But a spokesperson for the GMB union said the deal didn’t go far enough to reverse the damage of the NHS staff pay squeeze.

You've done a great deal of harm to NHS England and crippled and pretty well ruined it for so many. You've alienated most health care professionals and upset many patients as a result of your policies and actions. I'd rather that you were relieved to be going

Hunt waged a war on junior doctors after they refused to accept new contracts. He aimed to increase the NHS’s weekend services by making more doctors work on Saturdays and Sundays. But the result was a contract which the British Medical Association deemed “unsafe and unfair”.

Hunt eventually showed his famous compassion by imposing the contract on junior doctors after months of strikes. But the damage had been done. The Mirror reported that:

Just half of those who finished their first two years on the job in 2016 went straight into NHS training to become a specialist or GP.

People also contested that Hunt’s legacy is one of increasing NHS privatisation:

Who do you think you served?

Not patients or their families,
Not the British public,
Not the NHS

… meaning only private investors will be sorry to see him go:

You will only be missed by anyone looking to buy up our institution. I have yet to find a single member of the NHS on the frontline who was happy with what you did. Good Riddance.

In 2005, Hunt actually co-authored a book with other Tory MPs which argued that the NHS is “no longer relevant in the 21st century”. The book called for a new system, involving people paying money into personal health accounts.

Therefore, it shouldn’t come as a shock that, during 2016-17, out of the 386 clinical contracts “put out to tender in England”, 267 were secured by private firms. Overall, Hunt privatised £3.1bn worth of health services during 2016-17 alone.

NHS staff are over the moon that Hunt is leaving:

Yes because maintaining patient safety is always much easier with vicious cuts to the service and stressed, overworked staff! Good riddance! I'll be dancing into work tomorrow to do THREE PEOPLES' JOBS because posts are not being backfilled in the NHS that you've helped dismantle pic.twitter.com/G5jxNVJx0m

But some think his successor is more naughty boy than messiah:

I somehow doubt Matt Hancock is the Messiah. He still wears blue.

Couldn’t ask for a better successor than @matthancock to take forward long term NHS plan with his brilliant understanding of the power of technology. The new NHS app will be in safe hands!

Yet this may be because the two are cut from the same cloth. Evolve Politics reported that:

From December 2010 until the present day, the MP’s Register of Interests shows that the newly appointed Health Secretary, Matt Hancock, has received in the region of £42,000 from Neil Record, who just so happens to be the Chairman of the Institute for Economic Affairs (IEA).

The IEA openly admits it would like to abolish the NHS:

Some key information on Matt Hancock, the new Secretary of State for Health: He shares same neoliberal philosophy of @iealondon and has been funded by their Chairman, Neil Record, for years. IEA is a free market think tank with clear policy to abolish #NHS & privatise healthcare pic.twitter.com/iU8bUD9JAe

Not in the clear

Everyone who loves the NHS should allow themselves a brief fist-pump at the news that Hunt is toddling off to cause carnage abroad.

Yet Hancock’s appointment indicates that this government’s assault on one of Britain’s most loved institutions isn’t over yet.