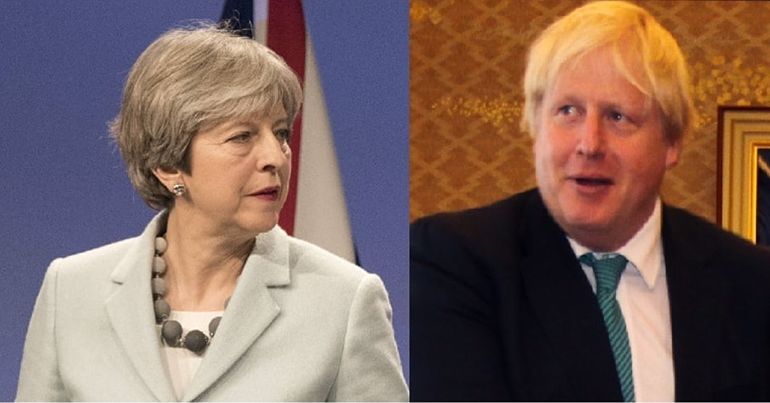 Photos featured in the Telegraph on 10 July sum up the open secret of why Boris Johnson really resigned. The outgoing foreign secretary arranged for a photo shoot of himself signing his resignation letter.

Labour MP David Lammy has some colourful language describing what such behaviour suggests:

The fact that @BorisJohnson arranged for a photoshoot of himself signing his resignation letter for the front pages tells us everything we need to know about him. Self-obsessed, vain egomaniac devoid of substance caring only about himself and advancing his career. Good riddance. https://t.co/IdoWwwK7rk

Johnson claims that he resigned because the prime minister’s Brexit proposals are too watered down, going as far as saying that the UK is “headed for the status of colony”.

But the MP for Uxbridge and South Ruislip has been remarkably inconsistent in his views about the EU. In fact, Johnson argued fundamentally on the opposite side of the debate almost up until the 2016 EU referendum.

Only a month later and Johnson and his advisors had apparently reinvented the millionaire Conservative as a Brexiteer Tory leader in waiting. In March 2016, Johnson had changed his tune indeed:

ignore the pessimists and the merchants of doom. I think we can strike a deal as the Canadians have done based on trade and getting rid of tariffs. It’s a very, very bright future I see

So it’s no wonder people are throwing shade at Johnson’s Telegraph photoshoot:

Boris Johnson found time today to arrange for a photographer to capture the moment he signed his resignation letter. Doesn’t this say everything about his absurd, preening, vanity? He won’t be missed. pic.twitter.com/SM1s4CLVSz

“Boris here. I’d like to book a photographer.”
“Wedding?”
“No”
“Party?”
“No”
“Engagement?
“No”
“Fashion?”
“Good lord no”
“Amoral husk says he’s resigning on principle but he’s actually just shitting the bed for attention and to further his own career?”
“Yes, that’s the one.” https://t.co/aHPryxWciS

And people are seeing right through the whole resignation performance:

Boris Johnson: a handy guide to what is and what isn’t a resignation issue. pic.twitter.com/JqSPJwScoX

Reinventing himself as a Leave figurehead

Upon becoming an overnight leader of Leave, Johnson said in March 2016:

Yet only a handful of months before, in August 2015, the descendant of King George II said:

My ideal world is, we’re there, we’re in the EU, trying to make it better.

Johnson could not go for the Conservative leadership on a Remain ticket against David Cameron nor current prime minister May. The only thing consistent about his views on the EU is what is politically convenient to advance his career at the time – as the photos in the Telegraph suggest. Of course, Johnson could only get away with such behaviour on the back of a biased corporate media, which still takes his comments at face value:

Boris resignation letter says Brexit “dream is dying” and we’re head “for status of a colony”.

Johnson was an embarrassment to the country as foreign secretary. While we should be happy he’s gone, the prime minister has simply reshuffled another millionaire aristocrat into his position. We need to demand a general election and bring down this entire Conservative government, fast.