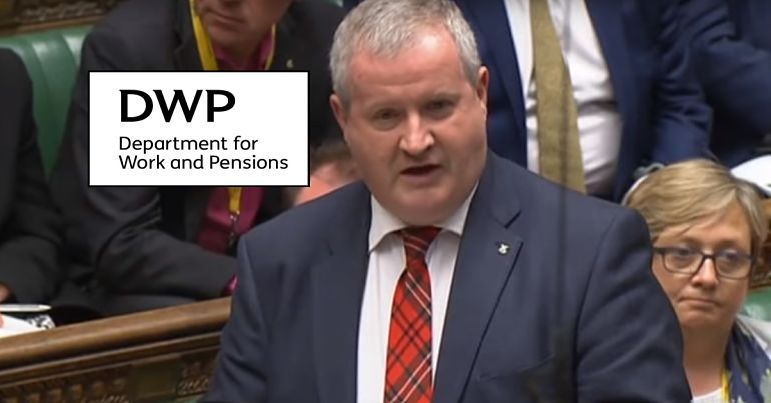 As Welfare Weekly reported, Blackford is making a speech on 10 July, in which he will:

set out how the UK can learn from Scotland’s progressive economic policies, and will call for the UK Government to “press the reset button” on its damaging austerity agenda.

Ahead of the speech, Blackford stated:

The UK Government has lessons to learn – that defining and delivering a strong economy must have the economic interests of all citizens at its core.

Blackford then highlighted how the Scottish approach to welfare differs from Westminster’s:

While the UK Government continues its endless austerity policy – the SNP Scottish Government has made different decisions with the powers we have in Scotland. Austerity is a political choice, not a necessity.

In the face of Tory austerity, the Scottish Government is providing the best public services across the UK … For us economic justice requires social reform as well as economic reform. The two are not independent but interdependent. Only by building a fairer society can we build a wealthier, fairer nation.

In April 2018, the Scottish parliament announced “historic new welfare powers” through the establishment of a new Scottish social security agency.

This Bill has been an opportunity to set up a new service and to do things differently – to remake the system in a way that fits the ambition we have for ourselves as a Parliament and for our country.

MSPs voted for radical changes such as barring “unnecessary medical assessments for those claiming disability benefits”. This is likely to benefit Scottish disability claimants greatly. A freedom of information request revealed that the Department for Work and Pensions’ (DWP) policy of re-assessing cases meant claimants in Scotland are losing out massively, to the tune of £56.4m a year.

Out with the old

The DWP’s flagship policy – Universal Credit – is a disaster. It’s an example of what happens when the government doesn’t have “the economic interests of all citizens at its core”.

As the Guardian reported, a report by the National Audit Office (NAO) found that Universal Credit is “unlikely to ever deliver value for money”. And it has increased food bank use and rent arrears.

As Steve Topple wrote in The Canary:

The NAO report highlights the chaos and suffering Universal Credit is inflicting on claimants. It also shines a light onto the financial and organisational chaos the DWP is presiding over. And it further shows a department whose behaviour is dogmatic and systematically arrogant.

The Scottish parliament doesn’t have the power to abolish Universal Credit yet. But its devolved powers give it the opportunity to demonstrate the viability and benefits of a welfare system that puts the interests of claimants first.

No wonder Blackford is feeling positive.

– Join The Canary so we can keep bringing you the analysis others miss.