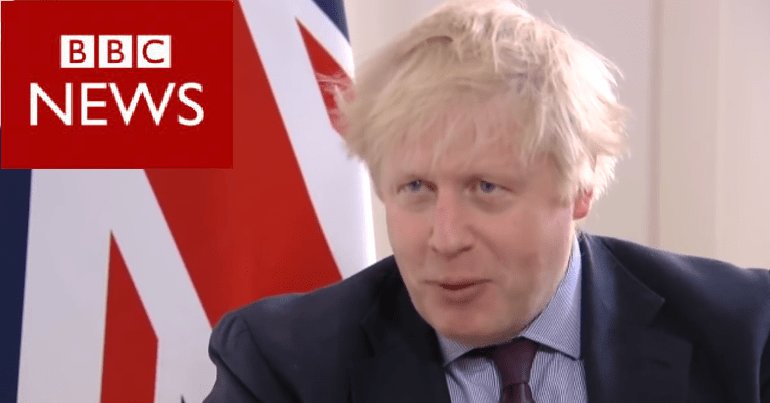 Boris Johnson will probably be grateful for BBC News on 4 April. The broadcaster edited a video of the foreign secretary apparently lying about a serious international issue. Viewers, including former Labour shadow minister Chris Williamson, say the way the BBC has cut the footage can only be an attempt to ‘cover up’ for Johnson.

More than 20 countries have expelled Russian diplomats over the UK’s position that Russia poisoned former double agent Sergei Skripal in Salisbury. Backing the allegation, Johnson said that people from the UK’s Defence Science and Technology Laboratory “were absolutely categorical” that the novichok nerve agent used to poison Skripal came from Russia. On top of that, the foreign office tweeted that Porton Down “made clear” the nerve agent was “produced in Russia”.

But on 3 April, the chief executive of the UK’s government laboratory, headquartered at Porton Down, told Sky News that the agency has “not verified the precise source” of the nerve agent. And the foreign office deleted its tweet claiming the opposite.

But while the government cannot delete the video of Johnson’s comments, apparently the BBC can completely change what the foreign secretary meant through editing.

On 4 April, The SKWAWKBOX noted that the BBC had broadcast part of the interview, but edited out the interviewer’s question. Voicing over parts of videos is common practice for media outlets. But in this case, removing the question essentially saves Johnson’s skin:

After the edit, the video supports the UK government line. The foreign office claims that Johnson was actually talking about the nerve agent “categorically” being Novichok, not about Russia being responsible.

It didn’t end there. As the above video shows, BBC security correspondent Frank Gardner later claimed that they “couldn’t find” the clip of Johnson alleging Porton Down said Russia did it. That’s despite BBC News airing the clip an hour earlier, albeit with the key question edited out.

Boris Johnson’s comments to a German TV network and the subsequent clarification of his intent were covered extensively across BBC News outlets including prominently on the Today programme, news channel and BBC News TV and radio bulletins. We have continued to cover the story today as well as the Russian government’s decision to take a case to the United Nation’s Security Council and have reported comments from prominent figures involved in the story, such as the head of Porton Down research establishment, security minister Ben Wallace and the opposition leader, Jeremy Corbyn, who has been critical of Mr Johnson.

But the BBC‘s coverage of the story seems to amount to government propaganda from our public service broadcaster. The edit completely changed the impression the BBC gave to its huge audience. We cannot let them get away with it.