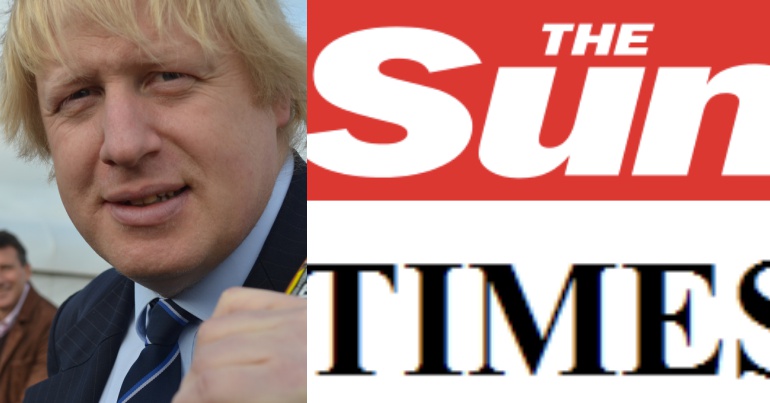 Rupert Murdoch’s flagship ‘newspapers’ have taken desperate measures to defend Boris Johnson. Although Johnson has been accused of ‘misleading the public’, coverage by The Sun and The Times on 5 April offers little criticism of the foreign minister. In fact, it tips dangerously close to pro-government propaganda.

Johnson stated that experts from Porton Down were “absolutely categorical” that Russia was the source of novichok, the nerve agent that poisoned Sergei Skripal and his daughter Yulia in March.

But on 3 April, Porton Down said it could not identify the “precise source” of the novichok. And then, on 4 April, it also emerged that the Foreign and Commonwealth Office (FCO) had deleted a tweet that also claimed the nerve agent was “produced in Russia”. But Murdoch’s papers gave full support to the position outlined in Johnson’s tweets. Instead of issuing an apology, Johnson tried to divert attention and shift blame onto Jeremy Corbyn.

The Sun‘s headline failed to counter the fact that Johnson’s statement on a German TV station was ‘misleading’. It led with:

Its headline was little more than a rerun of Johnson’s tweet:

28 other countries have been so convinced by UK case they have expelled Russians. In contrast, Jeremy Corbyn chooses to side with the Russian spin machine.

Not only that, but The Sun literally photoshopped an image to depict the Labour leader as controversial Russian monk Rasputin: 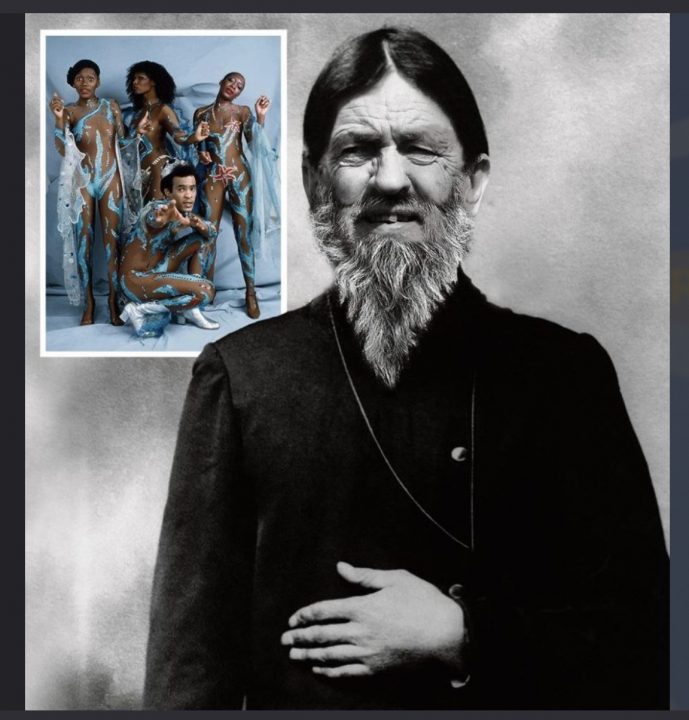 And the image was captioned:

Jeremy Corbyn as we imagine he might look as Rasputin – with Boney M, who brought the Russian lunatic’s name back into the public consciousness with a catchy dance number in 1978.

Rasputin died in 1916 after “supposedly being poisoned, shot and beaten”. Including the picture of 70s band Boney M suggests this was somehow meant to be funny. But it isn’t funny. Far from it.

As The Canary‘s Kerry-Anne Mendoza previously argued, not only is ‘journalism’ like this irresponsible, it is also dangerous:

What should (but clearly does not) concern the operators of the lie machine is the real threat to Corbyn in the meantime. Because what they are doing is more than bad journalism. In this time, and in this context, a rational mind would consider it tantamount to incitement.

For those who consider themselves too highbrow for tabloid headlines, The Times front page seemed to offer more serious coverage:

You can be sure that government information handlers have gone into overdrive to try to manage the storm raised by Boris Johnson's remarks. And the 'mainstream' media are largely happy to play ball. Here's the front page of today's Times. pic.twitter.com/WjKAI85EP0

This headline states as fact that the UK has located the novichok source. It also supports Johnson’s ‘version’ of events. But the story below doesn’t quite uphold this claim. The Times says [paywall]:

Security sources do not claim 100 per cent certainty but the source has insisted that they have a high degree of confidence in the location.

On its home page, The Times has summarised the story like this: 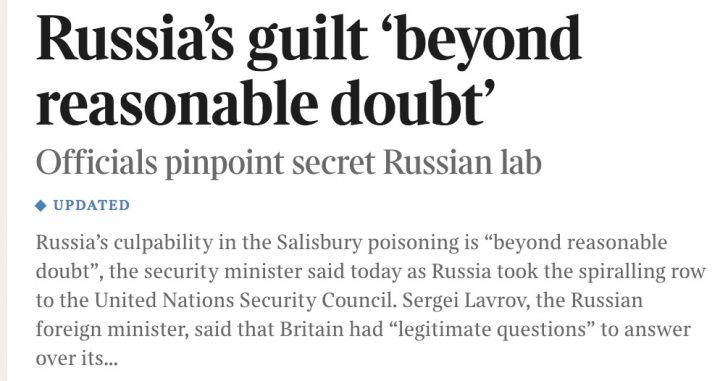 And to ‘seal’ this take on the story, and undermine Corbyn further, security minister Ben Wallace told BBC Radio 4 that the government had intentionally not shared information with Corbyn. Wallace said:

He [Corbyn] is the leader of the opposition; he is not the government. He doesn’t have the duty or the responsibility of protecting at the moment – and I hope he never does – the security of this country.

It’s almost as if Johnson and the Murdoch press agreed a desperate strategy to cover up his mistake. And this whole situation almost suggests that the establishment is closing ranks because Corbyn has been vindicated yet again.

But that wouldn’t happen in a democratic country… would it?

Featured images via Surrey County Council, Flickr and Wikimedia/Wikimedia all other images via screengrab