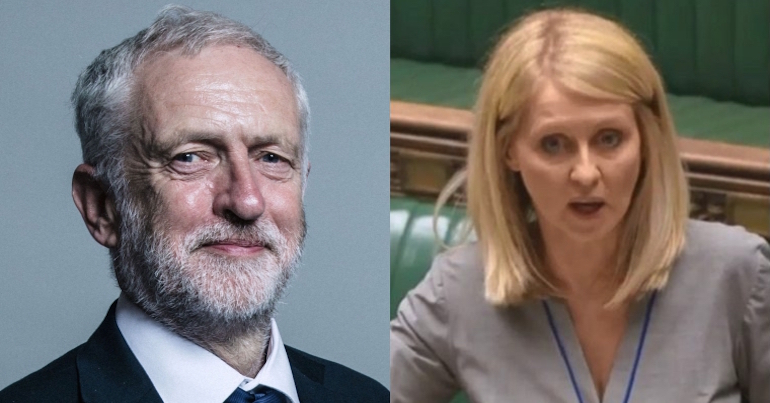 The Labour Party is pulling a genius move by trying to give Department for Work and Pensions (DWP) chief Esther McVey a taste of her own medicine.

McVey was criticised by the National Audit Office (NAO) over her claims about the government’s flagship benefit, Universal Credit. This led to MPs claiming that the NAO’s statement suggested McVey had lied to parliament.

Now, in echoes of one of the DWP’s most harmful policies, Labour is calling for McVey to be sanctioned. On 11 July, parliament will debate the censure motion that will question whether MPs have any faith in McVey. And as the Mirror reports, Labour’s motion also calls for McVey to lose a month’s wage.

As The Canary previously reported, the NAO released a damning report into Universal Credit on 15 June. McVey refused to accept the findings. She claimed in parliament that the report was based on out-of-date figures and that the NAO “did not take into account the impact of our recent changes”. She also asserted that Universal Credit was working.

The NAO “reluctantly” wrote to McVey, setting out the truth of the situation:

Presently, up to 350,000 people a year face benefit sanctions – where people lose money from their benefits for failing to meet certain conditions. The NAO criticised sanctions in its report [pdf, p74]. It said that the rates of DWP sanctions being overturned at appeals suggested “decisions are not always correct”.

Benefit sanctions are also blamed for mental health problems. In 2017, leading psychotherapeutic organisations signed an open letter calling for the sanctions regime to be scrapped. It stated that the regime causes:

Kensington Labour explained why the debate is so important:

Ppl forced to use UC are sanctioned for being 3 minutes late or for getting a job.

But Esther McVey can say the precise opposite of what the NAO has said about it and face no repercussions at all. Zero. Nada.

Although others argued that the action taken against McVey could be stronger:

There shouldn’t be a debate or a sanction Esther Mcvey should be sacked. Imagine if you got caught lying to your boss what would happen?.

Even if the motion passes, McVey won’t suffer the real misery that claimants suffer when their benefits are cut. After all, it certainly won’t drive her to the local food bank.

This notwithstanding, it is delicious to see McVey being threatened with a taste of her own medicine.