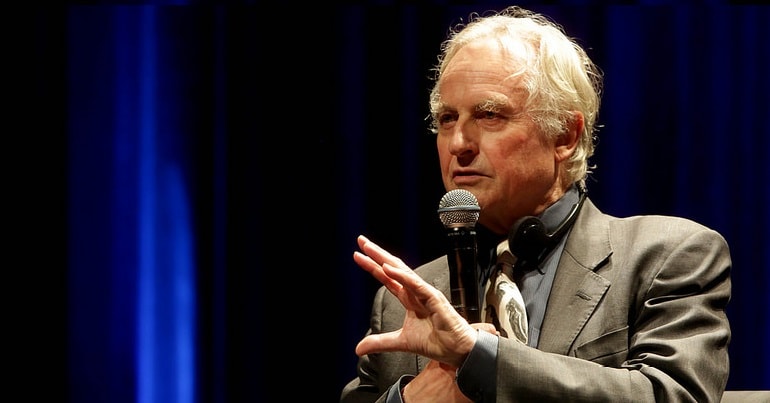 Richard Dawkins seemed to let his true colours slip with a tweet on 16 July. The biologist was sitting in Winchester Cathedral grounds when he tweeted:

Listening to the lovely bells of Winchester, one of our great mediaeval cathedrals. So much nicer than the aggressive-sounding “Allahu Akhbar.” Or is that just my cultural upbringing? pic.twitter.com/TpCkq9EGpw

Turns out “The God Delusion” was just the collective insistence that Richard Dawkins was a philosopher and not just a tedious old racist. https://t.co/VuPxwPquf2

Allahu Akbar translates from Arabic to “God is greater” and Muslims say it throughout the world. US Senator John McCain has said the phrase is not much different from Christians saying “Thank God”.

People carrying out terrorist atrocities in the name of Islam have also reportedly cried ‘Allahu Akbar’. But that doesn’t mean they get to own the term. In characterising Allahu Akbar as “aggressive-sounding”, Dawkins is allowing terrorists to do just that. He’s essentially handing over the term to a tiny minority of violent extremists while ignoring the world’s roughly 1.8 billion Muslims.

“Back on their bullshit”

Basically, Dawkins is bringing forward terrorists as representative of the entire Muslim population. So people are calling out his “bullshit”:

The only thing missing here is the 'Free Tommy Robinson' hashtag https://t.co/qeCGGAp8k2

Seriously though. How racist do you have to be to be out in the sunshine, enjoying your environment and think:

Others pointed out that, ironically, Dawkins often calls for rational logic over emotional responses:

Yes, Richard Dawkins’s tweet is awful, and when you look at what he said just two tweets before… 🤦🏻‍♀️ pic.twitter.com/WSGFIF6dTg

Dawkins has form on bashing Islam in particular. He’s said that “I think Islam is one of the great evils of the world” and “Muslims as a group haven’t achieved anything worthwhile since the Middle Ages.”

But his apparent bigotry doesn’t stop there. In the past, Dawkins has also promoted victim-blaming. For example, the atheist likened a drunk woman getting raped to drink-driving. Apparently, for Dawkins, a man attacking and raping a woman is the woman’s fault if she decided to drink alcohol. He’s also championed the dangerous myth that false accusations are more prominent in rape cases.

Dawkins claims to be rationally minded. In reality, he swallows myths wholesale and seems to lack the capacity or drive to challenge his preconceived ideas. Get in the bin.

– Join The Canary, so we can keep holding the powerful to account. Also, read and support other independent media outlets.