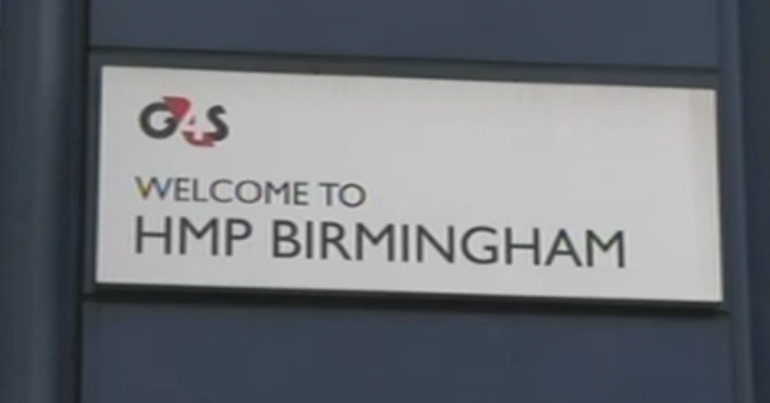 The government has taken control of Birmingham prison. The Ministry of Justice (MoJ) said it will “stabilise [the] prison, inject fresh leadership and bolster existing staff”. But some prison experts disagree.

The MoJ announced on 20 August that it is taking over management for HMP Birmingham. This move follows an Urgent Notification sent to secretary of state David Gauke that said the prison has seen a “dramatic deterioration” since February 2017.

Riots that broke out in December 2016 were widely described as the worst since the 1990 riots at Strangeways prison. But following the incident, G4S (the private firm handed control of HMP Birmingham in 2011) said it would:

return the prison to a path of continuous development and innovation which has been nurtured so carefully over the past five and a half years.

The Urgent Notification reveals this hasn’t happened. HM Inspectorate of Prisons visited the site in early August and said it was in a “state of crisis”. And its letter says the regulator has:

no confidence in the ability of the prison to make improvements.

The MoJ will work with G4S for an initial period of six months to ensure “sufficient progress” is made improving the prison’s conditions. But this news hasn’t convinced everyone.

HMP Birmingham was the first prison in the UK to be handed over to a private company. And it’s the first the government has taken back under its wing. This has led many people to question privatising the prison system.

Once again we see the dangerous consequences of the ever greater privatisation of our justice system.

HMP Birmingham was the first publicly-run prison transferred to the private sector.

This must be a nail in the coffin for the flawed idea of prison privatisation. pic.twitter.com/yCIJKVRAAU

And he called for an inquiry into prison privatisation:

The crisis at HMP Birmingham is just the latest privatisation failure in justice.

To protect the public the Govt must:

Launch an Inquiry into all current private Justice contracts

Announce a moratorium on all further privatisation

I think @RoryStewartUK is right, we don’t need an inquiry, that just wastes time, we know what went wrong in G4S Birmingham prison – the point is to fix it

Meanwhile, others have raised questions about the prison’s Independent Monitoring Board (IMB). The role of this body is to provide independent monitoring for standards of “care and decency”.

Faith Spear was chair of the IMB at HMP Hollesley Bay, Suffolk. But she believes she was let go from this role for ’embarrassing’ the government by publicly questioning the independence of IMBs. And, she believes, this issue has arisen again after the news from HMP Birmingham:

In light of breaking news about Birmingham prison it clearly shows monitoring, even effective monitoring totally ignored. This is why #IMB must be independent from @MoJGovUK immediately cc @RoryStewartUK https://t.co/coHyZ07ZoP

#birminghamprison The #IMB wrote to the Minister which is the right thing to do – but in keeping that letter to themselves they demonstrated bias not independence. While the jail was descending into chaos the public were kept in the dark, and it then took 3 months to take action.

The claim by #BirminghamPrison #IMB that they did all they could to draw attention to the chaotic conditions in the prison, stretches disingenuousness to the very edge of dishonesty – they wrote ONE letter in a year of rapidly deteriorating safety and control. Lets have it right.

And Spear also says that handing the contract back to G4S amounts to putting “profit before people”:

Should #G4S be given a second chance to run HMP Birmingham?

This prison had gone beyond the crisis point, so why take the risk in handing it back in 6 months or so?

An example yet again of Profit before people.

In the end, many point out that this reflects a wider problem – not just in HMP Birmingham or even private prisons, but throughout the entire system:

That is right. G4S clearly at fault here but issues much wider than private/public split. It is dtill Her Majesty’s Prison Birmingham. State responsible and state officials failed to meet their responsibilities. https://t.co/kyNKeYi3VQ

This goes far deeper than #HMPBirmingham. A proper review of ALL govt PFI contracts delivering vital public services is long overdue because companies are currently ripping off taxpayers. And the civil service needs far better capacity to deal with themhttps://t.co/2YdTUrDYic

Above all, one person points out that at the heart of the dramatic news are real people:

Thinking of mothers, fathers, children, partners and friends of men at HMP Birmingham I have been talking to. Imagine how they are feeling waking up to the news that where their loved ones live is squalid, infested, violent and drug-ridden. #HMPbirmingham

However, HMP Birmingham is not the only prison facing problems. Reports on state-run HMP Liverpool and HMP Nottingham, as well as privatised HMP Pentonville, show bad conditions are everywhere. In February 2018, the Observer also revealed that two in five prisons are “unacceptably unsafe”.

Although the promise of “innovations” from prison privatisation appears to have come to nothing, renationalising the prison estate doesn’t seem to be a surefire way to fix issues either.

The problem lies in the prison system itself. And until we seriously focus on finding alternatives to incarceration, these problems will continue.

– Check out prison abolition groups such as Empty Cages Collective and Community Action on Prison Expansion.

– Read more from The Canary on prisons.