Corbyn rinsed Theresa May at PMQs. Then the Tory who dubbed her 'Brexit Queen' finished her off. - Canary Workers’ Co-op 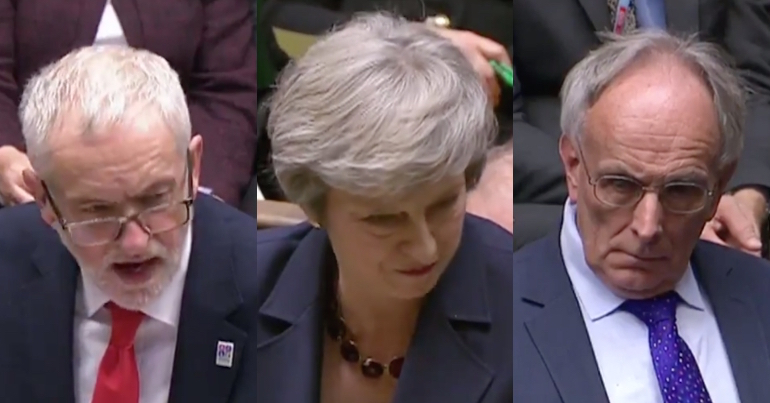 But it was a Conservative MP Peter Bone, a man who once wanted to build a celebratory Brexit statue for May, who drove the final nail in.

“Not delivering the Brexit people voted for”

Bone didn’t pull any punches in his question to the PM:

Is the prime minister aware that if the media reports about the EU agreement are in any way accurate, you are not delivering the Brexit people voted for? And today you will lose the support of many Conservative MPs and millions of voters across the country.

And it is doubtful that he’ll be impressed with May’s response:

What we’re doing is a deal that delivers on that vote. But in doing so protects jobs, protects the integrity of our United Kingdom and protects the security of people in this country.

The end of the “Brexit Queen”

As people on Twitter pointed out, Bone’s interjection was particularly painful given he once labelled May the “Brexit Queen”. It seems he’d now rather send her to the executioner than ‘carry her shoulder-high through the streets’: 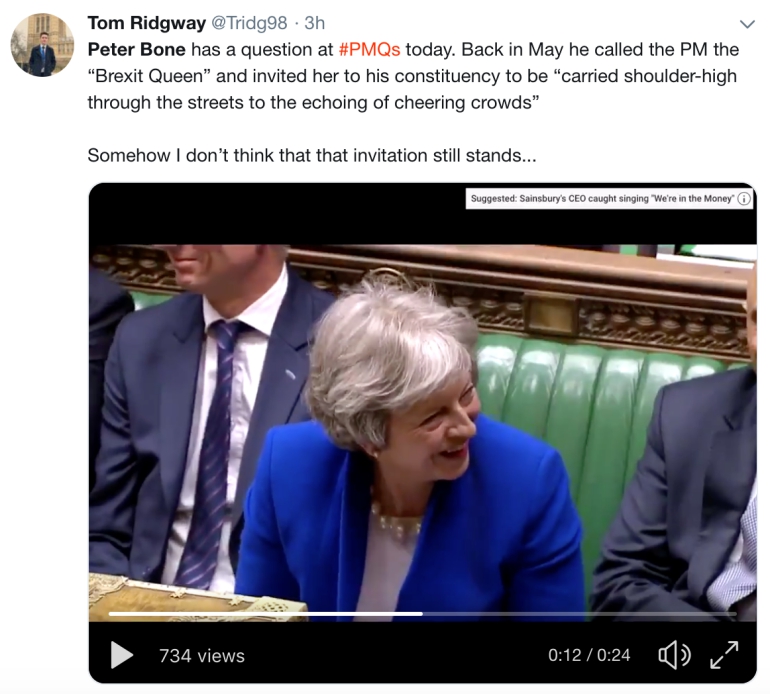 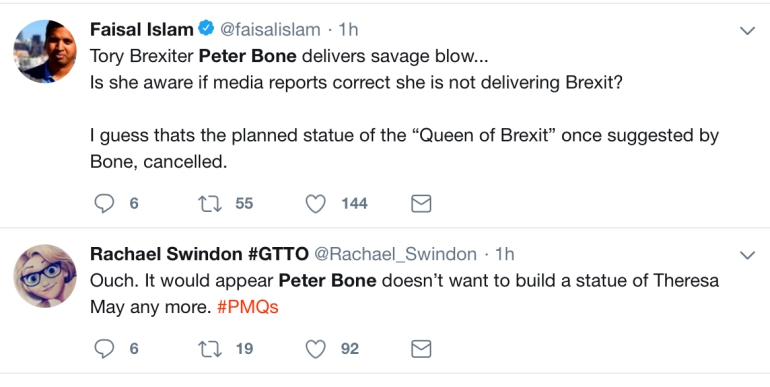 And many people pointed out that Bone’s comments show how little support May has:

The end is nigh

With MPs ridiculing May as she stated her Brexit plan was a “good deal”, Corbyn quipping that the PM might not even be in office by the afternoon, and mainstream political commentators stating the frontbench looked “visibly uncomfortable”, surely the end must be in sight for May.

Bone may be a vile MP, but he is driving in the final nail and making a key point. May’s deal is not welcome by any side of the Brexit debate, including her previous supporters. It’s time for her to stand aside, and let the country decide who they want to lead them out of this chaos.