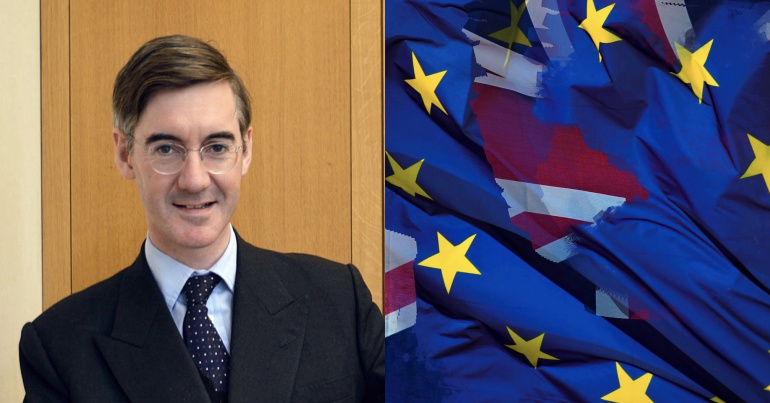 A 13-second video has shown Jacob Rees-Mogg switching on Brexit voters. In the video, Rees-Mogg U-turns from calling for Theresa May to resign to saying that he “enthusiastically” supports the Conservative leader, in the space of five days.

Rees-Mogg has previously said May’s Brexit deal undermines the “integrity” of the UK and suggested it doesn’t honour the referendum result or her previous commitments.

These 2 clips, just 7 days apart, sum up the rank, self serving hypocrisy of Jacob Rees Mogg and every thing that is rotten in this Government which now puts desperate self preservation before national interest pic.twitter.com/bDGpQHM6xh

Sky News also pulled up Rees-Mogg on his apparent flip-flop:

State of it! Rees-Mogg pathetically trying to wriggle out of the fact that he has been rumbled as a flip-flopping fraud and a hypocrite #STFU #NoConfidenceMotion pic.twitter.com/S0tbPzzETd

Corbyn tabled the confidence motion after May postponed a Commons vote on her Brexit deal to the third week of January. Many people and MPs accused the prime minister of trying to ‘run down the clock’.

And it’s not just Jacob Rees-Mogg having a sudden change of heart. Democratic Unionist Party (DUP) MPs have also indicated they will support May in the confidence vote in her leadership.

Despite this, No 10 has said that the government will simply not make time for Corbyn’s confidence motion. Labour Party chair Ian Lavery accused May of “running scared” in response.

Corbyn says Labour is trying to pressure May into bringing the parliamentary vote on her Brexit deal before parliament breaks up for Christmas on 22 December.

Lots of people picked up on Rees-Mogg’s alleged hypocrisy:

Jacob Rees Mogg last Thursday: “Theresa May might have won her no confidence vote but she should still go and see the Queen and resign.”

Jacob Rees Mogg today: “Theresa May is doing a wonderful job and has my full confidence”.

Staggering. Jacob Rees-Mogg has just congratulated May on winning her confidence vote, and says she now enjoys his personal confidence. In the immediate aftermath of the vote he told her to go and see the Queen and resign.

The DUP and Jacob Rees-Mogg have both stated they will vote for confidence in May tomorrow. Corbyn has revealed their utter hypocrisy and the fact that they’re not working in the national interest. They’re interested in saving their own skins – never ever trust a Tory.

While the confidence vote may not pass or even go ahead, it has exposed Conservatives such as Rees-Mogg. The leading Brexiteer spent weeks attacking May’s terrible deal, but when the crunch comes, Rees-Mogg has no teeth.