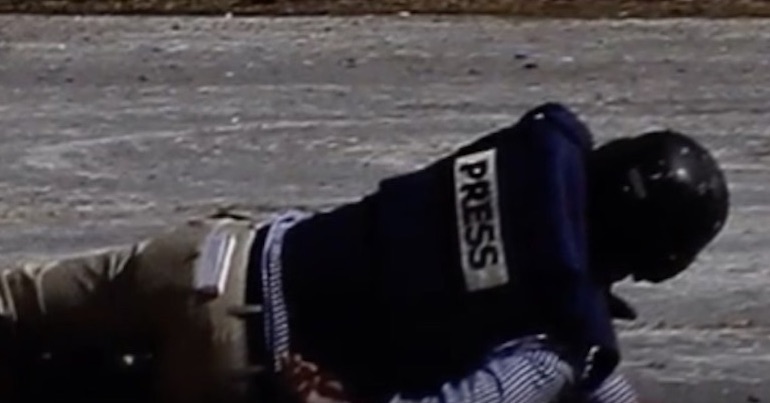 The 2018 report from Reporters Without Borders (RSF) on “journalists killed, detained, held hostage, or missing” found a global rise in “violence and abusive treatment” against people working in the media. The number of journalists killed or jailed rose for the third year running. Meanwhile, the UK kept “its status as one of the worst-ranked Western European countries in the World Press Freedom Index”.

The annual global report found that, in 2018, 80 journalists were killed, “348 are currently in prison, and 60 are being held hostage”. RSF secretary-general Christophe Deloire called the situation “critical”, because “violence against journalists has reached unprecedented levels”. He also said:

The hatred of journalists that is voiced, and sometimes very openly proclaimed, by unscrupulous politicians, religious leaders and businessmen has tragic consequences on the ground, and has been reflected in this disturbing increase in violations against journalists.

The 2018 figures show an 8% rise in the number of journalists killed, and “more than half” were targeted deliberately.

Alongside analysis of violence against journalists, RSF also published its annual World Press Freedom Index. This reflects the “media independence and respect for the safety and freedom of journalists” in 180 countries, alongside abuses towards journalists.

For the second year running, the UK ranked 40. This makes it “one of the worst-ranked Western European countries”. RSF reported a “continued heavy-handed approach” towards the UK press. One of the key reasons is the ongoing use of the 2016 Investigatory Powers Act. According to RSF, this is “the most extreme surveillance legislation in UK history—with insufficient protection mechanisms for whistleblowers, journalists, and their sources”.

RSF reported that Afghanistan is the “world’s deadliest country for journalists”, followed by Syria and Mexico. This once again makes Mexico “the deadliest country outside a conflict zone”, as The Canary has previously reported. Just five countries – China, Iran, Saudi Arabia, Egypt, and Turkey – imprisoned over half the journalists currently in jail. 60 of those held are in China.

The murder of Saudi Arabian journalist Jamal Khashoggi dominated global headlines in 2018. But the RSF report also drew attention to a global rise of journalists who were “deliberately targeted because their reporting threatened the interests of certain people in positions of political, economic, or religious power or organized crime”. These deaths accounted for 49 of the journalists killed, or 61% of the total. The fatal shootings of Yaser Murtaja and Ahmed Abu Hussein – both deliberately targeted while covering the Great Return March in Palestine – reflected another concern for journalists reporting in areas of known conflict.