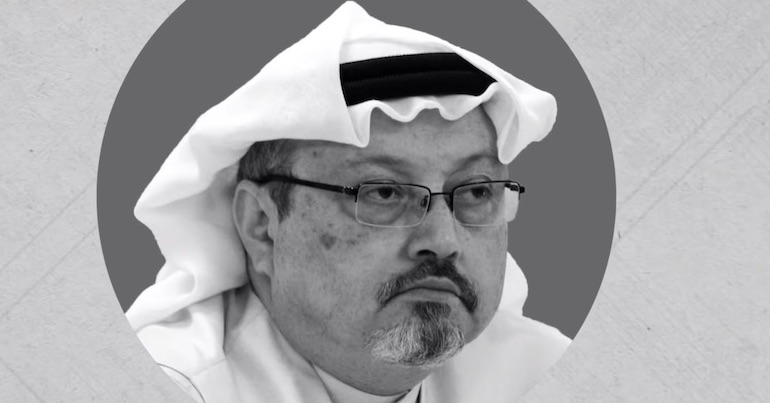 On 19 October, Saudi Arabia acknowledged that journalist Jamal Khashoggi was murdered. This followed two weeks of speculation after he vanished on 2 October, following a visit to the Saudi Arabian consulate in Istanbul. But although there’s been huge international outrage over Khashoggi’s death, he’s not the first journalist to die; and sadly, he’s unlikely to be the last.

Globally, the number of journalists in prison is rising. Turkish president Recep Tayyip Erdoğan may have led the global outcry when Khashoggi vanished, but he ignored the plight Turkish journalists are facing in his own country.

Sadly, this is also part of a wider global crisis for freedom of speech.

On 17 October, the Washington Post published the last column Khashoggi wrote before his death. Everyone should read his heartbreakingly powerful writing because it goes right to the heart of a “global crisis in freedom of the press”. In 2018 alone, 45 journalists have died – many in incredibly politically complex areas such as Palestine. Of those 45, 28 deaths officially count as murder.

We might not know their names, but Khashoggi’s words create a powerful narrative to explain why we don’t.

“What the Arab world needs most is free expression”

Headlined ‘What the Arab world needs most is free expression’, Khashoggi’s last column is tragically prophetic. He pointed out that according to the latest ‘Freedom in the World’ report, most countries “in the Arab world” are “not free’”. As a result, he wrote people are:

either uninformed or misinformed. They are unable to adequately address, much less publicly discuss, matters that affect the region and their day-to-day lives. A state-run narrative dominates the public psyche, and while many do not believe it, a large majority of the population falls victim to this false narrative. Sadly, this situation is unlikely to change.

He goes on to discuss the “hope” that followed the Arab Spring in 2011. This was a time, he wrote, when many people in Arab countries:

expected to be emancipated from the hegemony of their governments and the consistent interventions and censorship of information. These expectations were quickly shattered; these societies either fell back to the old status quo or faced even harsher conditions than before.

This is certainly the case in Saudi Arabia. Since coming to power in 2017, crown prince Mohammed bin Salman has courted the west as a ‘reformer’. But as Human Rights Watch reported:

behind the image of a daring reformer, carefully cultivated by the Saudi Crown Prince, hides a dark reality. In fact, he is a leader with an iron hand who despite facade reforms has plunged his country into increased repression and leads a now-three-year war in Yemen rife with war crimes.

As Middle East Eye reported, Saudi Arabia is infamous for its human rights abuses and many people in “Saudi… are one social media post away from death”. And yet, despite this, the UK and US see Saudi Arabia as a key ally and continue to sell arms to the regime.

As Khashoggi explains, another Saudi Arabian journalist – Saleh al-Shehi – was jailed and the Egyptian government censored Al-Masry Al-Youm, an independent outlet. But there was no “backlash from the international community” in response to these acts. As he says “these actions may trigger condemnation” but this is “quickly followed by silence”. He’s absolutely right.

Despite widespread media coverage of Erdoğan’s posturing about Khashoggi’s murder, there has been little international outrage about the four journalists murdered since 2015 under his regime in Turkey; or of Kurdish journalist Rohat Aktaş, whose cause of death is still unknown. In 2018, the Guardian reported:

According to the P24 press freedom group, there are over 160 journalists behind bars in Turkey, most of whom were arrested under the state of emergency imposed after the coup attempt in July 2016.

Yet as the Committee to Protect Journalists (CPJ) noted:

Far from isolating repressive countries for their authoritarian behavior, the United States, in particular, has cozied up to strongmen such as Turkish President Recep Tayyip Erdoğan…

Precisely because of the lack of international condemnation, Khashoggi argues: “Arab governments have been given free rein to continue silencing the media at an increasing rate”.

But his words apply equally to Turkey, China and Egypt. They also resonate for the 60 journalists who are “missing” and the 262 journalists who were imprisoned in 2017. As CPJ noted, the number of journalists in jail is at “a historical high”. On 23 October, Erdoğan said, “covering up this kind of savagery will hurt the conscience of all humanity”. Yet, there was little global coverage of the extensive media control in Turkey.

“There was a time when journalists believed…”

And when Khashoggi goes on to discuss wider press freedom his words take on an even greater significance globally. He wrote:

There was a time when journalists believed the Internet would liberate information from the censorship and control associated with print media. But these governments, whose very existence relies on the control of information, have aggressively blocked the Internet. They have also arrested local reporters and pressured advertisers to harm the revenue of specific publications.

He may be speaking about Arab countries – Saudi Arabia in particular – but this is a growing issue.

Meanwhile, Erdoğan has led the call for ‘justice’. But Erdoğan’s regime has shut down 180 media outlets and “independent journalism has been all but obliterated”. Where is the global outrage about this? Increasingly, the censorship of a free and independent media seems a ‘vital first step’ for oppressive regimes.

Khashoggi’s murder was brutal and horrific. But we need to ask why we don’t also know the names of the five Turkish journalists murdered since 2010. They didn’t write for the Washington Post, they didn’t have “the privilege of western connections”, and so the West was able to sustain silence.

But we also need to read Khashoggi’s words through the lens of our own countries and look at the current shifts in our media culture. As George Orwell said, “if liberty means anything at all it means the right to tell people what they do not want to hear”. Tragically, Saudi Arabia murdered Khashoggi for doing just this. But truly investigative and independent journalists around the world won’t stop pursuing this ‘right’.