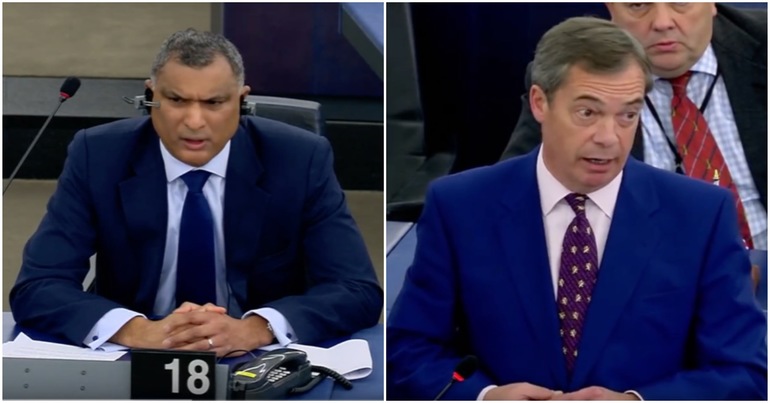 Condemnation of Syed Kamall, Tory MEP and the head of the European Conservatives, has been near-universal after his shameful conduct at the European Parliament on 24 October.

But the media have largely ignored the role that former UKIP leader Nigel Farage played in this national embarrassment of a speech.

When addressing the social democrat grouping in the EU parliament, Kamall said:

When you talk about right-wing extremists, we have to remember that Nazis were ‘National Socialists’. It’s a strain of socialism…

He then disgracefully concluded:

they want the same things as you, let’s be quite clear.

This caused uproar in the chamber.

Someone audibly called Kamall an “idiot”. The head of the German socialist group called the comments “outrageous”, adding that “I am personally offended by the ignorance Kamall has shown”.

This reaction is hardly surprising. The German Social Democratic Party was banned by Hitler in 1933 and a number of its leaders were sent to concentration camps.

With a little help from his UKIP friend…

The support Farage gave Kamall during the speech has been largely neglected by the media. But at one point, Kamall clearly takes a cue from Farage:

As Kamall claims the Nazis were socialists, Farage is heard saying: “they won’t like the truth”. At this point, Kamall reacts to Farage’s input and says accusingly to the angry chamber: “You don’t like the truth, do you?” 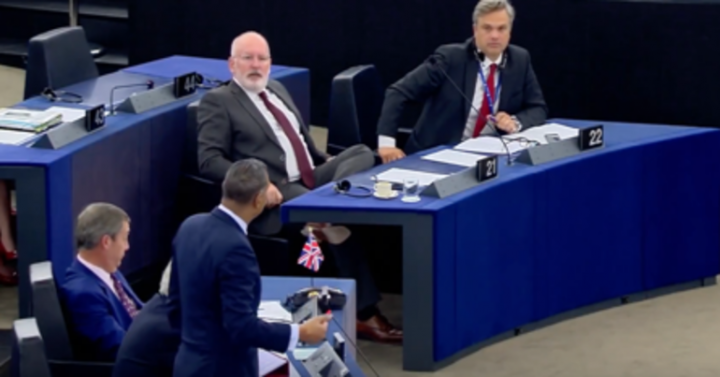 And Kamall concludes desperately “come on, it’s national socialism”. Farage nods approvingly in the background, saying “he’s right”, as shouts of “RUBBISH!” echo in the chamber.

Farage’s support is particularly ironic. It was only in 2017 that the then UKIP leadership candidate, Henry Bolton, warned that the party could “easily slip towards the ideals of national socialism” due to the extremism in their ranks that could lead somewhere “far darker.”

Kamall is not the only Tory in recent weeks to use this so-called ‘alt-right’ extremist fallacy. As The Canary previously reported, Thatcher’s former henchman Norman Tebbit used the same intellectually bankrupt arguments in the House of Lords.

But as the EU Commission’s vice president Frans Timmermans pointed out, Kamall is the only “leader in this house of the party of Churchill and Thatcher” to use this argument.

Twitter users quickly called out the absurdity of Kamall’s argument:

Nazi’s were left wing because they were ‘National Socialists’ eh Syed? I’d love to hear you explain how the Democratic Peoples Republic of Korea is a shining beacon of democracy. You understand that a name doesn’t tell the whole story right?

So-called ‘National Socialism’ has NOTHING to do with the socialism that Marx and Engels wrote about. Socialism means a class-free leader-free state-free society where the PEOPLE will be in control of their own lives. That’s why the Nazis arrested those who wanted socialism. pic.twitter.com/PSngiXKxla

The reaction of Udo Bullmann, of the Social Democratic party of Germany, summed up the quality of the argument best: 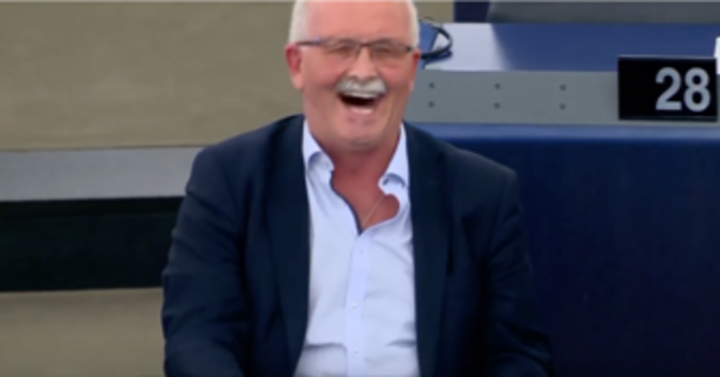 As Twitter users pointed out, this incident won’t help the UK’s Brexit negotiations:

I bet those comments will have convinced the 27 EU leaders to give the UK a good #Brexit deal. Maybe its a hard Brexit that he wants.

Kamall has apologised for ‘causing offence’. But he’s failed to retract the historically bankrupt argument itself:

It was not a personal comment aimed at any MEPs. I've apologised directly & unreservedly to Mr. Bullman for any offence caused. I have upmost respect for anyone who stood up & fought against Nazism, Communism & any other kinds of extremism, regardless of political affiliation.

The incident is further evidence of a Conservative Party that not only lacks political talent, but whose hard-Brexit approach has turned it into a UKIP proxy; and a party that now cynically panders to the hard right in less subtle ways.